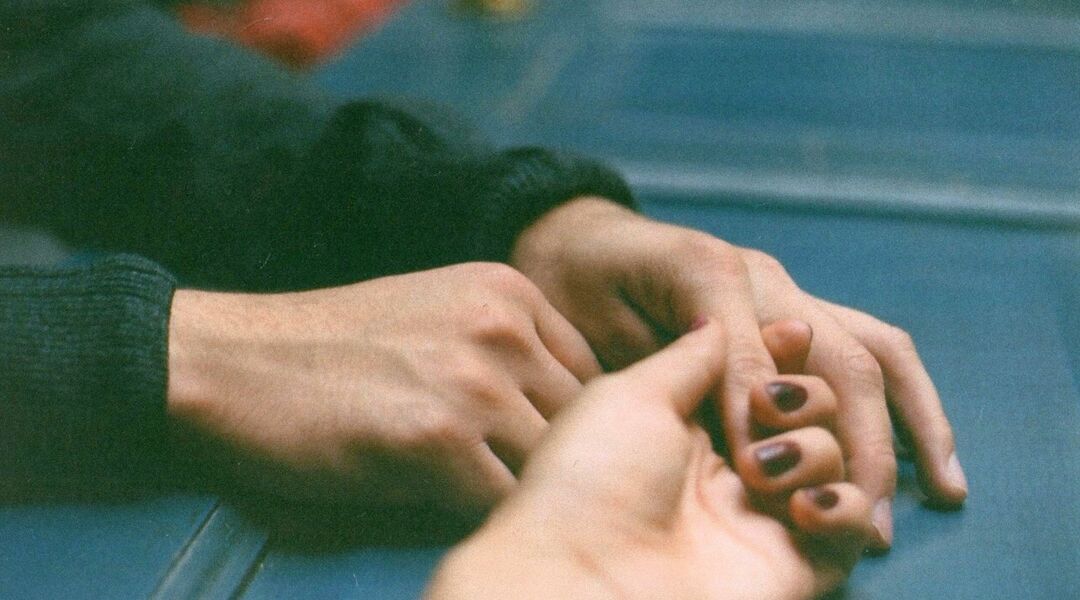 The signs of miscarriage can be very subtle or much more serious. Here’s everything you need to know about a topic women too often keep hidden from view.

Miscarriage is slowly starting to make its way into mainstream conversation, thanks in part to celebs like Eva Amurri Martino and Facebook founder Mark Zuckerberg sharing their own personal stories of loss. But there’s still a long way to go. Miscarriage is much more common than you think, but many couples find it difficult to talk about and, instead, deal with the grief and frustration alone. This means less awareness around the topic, which can make it scary and confusing should it happen to you. We’ll help you understand what a miscarriage is and why it happens, learn how to recognize miscarriage signs and symptoms, and find out how to cope with all the emotions that come along with the loss of a pregnancy.

Chemical pregnancy
A chemical pregnancy is a very early miscarriage that happens when the embryo hasn’t properly attached to the uterine wall. It’s possible you may think you’re pregnant based on symptoms like a missed period (or a BFP), but these chemical pregnancies, which account for up to 75 percent of all miscarriages, are lost so early after implantation (usually just two weeks after) that the bleeding can be mistaken for your period. Many women don’t even realize they were ever pregnant.

Blighted ovum
Your doctor may call this an “anembryonic pregnancy,” and it almost always happens in the first trimester. It means that the fertilized egg attached to the wall of your uterus, and while it may have begun to develop a placenta, it never developed into an embryo.

What are your miscarriage risks?

For healthy women in the US, the miscarriage risk is anywhere from 10 to 25 percent, according to the American Pregnancy Association. As you get older, your miscarriage risk, not surprisingly, goes up—once you hit 35, the odds increase to 20 to 35 percent, and to 50 percent at age 45. Keep in mind that most miscarriages happen in the first trimester (before 13 weeks of pregnancy), with only about 1 to 5 percent happening during the second trimester (between weeks 14 and 20). After you’ve had a normal ultrasound at 16 weeks, your miscarriage risk falls to about 1 percent, so try not to stress about losing baby once you get that okay from the doctor.

What are the signs and symptoms of miscarriage?

So how do you know if you’re having a miscarriage? You may be surprised to hear that a miscarriage can unfold over several hours, days or sometimes even weeks. It typically starts with common miscarriage symptoms like cramping in your pelvis or lower back, possibly vaginal bleeding and also a sense that something’s off—whether you’re no longer nauseated or you just don’t feel pregnant anymore. But just because you’re bleeding in the first trimester of pregnancy, don’t panic; more than half the time, this miscarriage symptom actually stops and the pregnancy continues to term. In some cases, there aren’t any warning signs of miscarriage until an ultrasound shows no heartbeat. If you feel you’re experiencing any of the below potential miscarriage signs or any abnormal pregnancy symptoms, call your doctor. “We have a motto in our practice,” says Stephanie McClellan, an ob-gyn in Newport Beach, California. “We tell our patients: We’d rather hear from you 100 times too many than one time too little.”

1. Heavy bleeding
Bleeding or spotting is the most common miscarriage sign. While many women experience spotting—light bleeding, typically pink or brown discharge—up until the 14th week of pregnancy, “a little bleeding doesn’t necessarily mean you’re going to have a miscarriage,” says Caroline Conner, an ob-gyn at Orange Coast Memorial Medical Center in Fountain Valley, California. Call your doctor if the bleeding is bright red blood similar to a light period. If you’re experiencing symptoms of heavy bleeding, clotting, and/or if you feel dizzy or faint during pregnancy, head to the nearest emergency room.

2. Loss of pregnancy symptoms
Sometimes, the only sign of miscarriage is the sudden disappearance of pregnancy symptoms, such as morning sickness and breast soreness. “I have many women who are not bleeding say, ‘I just don’t feel pregnant anymore,’ ” McClellan says. “There is communication between the mother and developing fetus—we don’t understand it completely, but these women are almost always right.” If you suddenly notice your pregnancy symptoms have gone away, see your doctor for an ultrasound.

3. Pain or cramping in the center of the lower abdomen or back
A tired back or occasional discomfort is normal, especially during pregnancy, but if the pain persists, don’t ignore it, especially if it’s stronger than the pain you get with normal period cramps.

4. White-pink mucus A light pink mucus-y vaginal discharge may be a miscarriage symptom, though some women may also experience discharge during a normal, healthy pregnancy.

Now that you know the signs and symptoms of miscarriage and know what a miscarriage looks like, you’re probably wondering how it feels. The amount of pain varies for everyone. Some women feel nothing and don’t even realize it’s happening; others feel a range of aching and cramping, from mild to strong, like a really bad period; and some women experience full-on, painful labor contractions that last for hours or even days.

If the pain is really intense, the bleeding is very heavy (you’re soaking a pad every hour) or the remains of the pregnancy don’t pass completely (an ultrasound will confirm this), your doctor may perform a D&C (dilation and curettage) or, if you’re beyond the 14-week mark, a D&E (dilation and evacuation). As Tannaz Ebrahaimi Adib, an ob-gyn at Tri-City Medical Center in Oceanside, California, explains, these brief surgical procedures will put an end to cramps and bleeding and help prevent an infection, which may happen if any of that tissue remains behind in the uterus. Both procedures are typically done in a hospital or surgical center, and you’ll either get local or general anesthesia, so you shouldn’t feel anything. Unless there are complications (which are rare), you can usually go home the same day. Expect some strong cramping the first 24 hours after the procedure—that’s totally normal—and then mild cramping and light spotting for a few days up to two weeks. Taking Tylenol or Advil can help alleviate any post-procedure pain.

Experiencing the loss of a pregnancy can be devastating and you’ll probably have a lot of questions, including why did this happen? It’s not uncommon to start blaming yourself, but most miscarriages happen in the first trimester of pregnancy for reasons that are beyond your control. In the majority of cases, there’s no way to prevent a miscarriage and nothing you could or should have done differently. Below are three common miscarriage causes.

Chromosomal abnormalities
More than half of early miscarriages are due to a chromosomal abnormality, when the sperm and egg come together but one of them has too many or too few chromosomes, those tiny structures in each cell that carry our genes. In other instances the 23 pairs of chromosomes from each parent fail to line up properly. Either way, the embryo isn’t genetically strong enough to sustain a viable pregnancy.

Medical disorders
Chronic medical conditions such as blood clotting disorders, thyroid disease and diabetes can increase your miscarriage risk. Certain autoimmune diseases, such as lupus, can also directly affect pregnancy. That doesn’t mean that if you have an autoimmune problem, you can’t deliver a healthy baby, but you do need to talk to your doctor about the risks of miscarriage and complications, and the best ways to plan for pregnancy.

Uterine abnormalities
Things like a uterine septum (a dividing wall in the uterus), or any anatomic abnormalities such as a small or misshapen cavity, endometrial polyps or fibroids, account for about 10 percent of recurrent miscarriages, particularly after the first trimester of pregnancy. An ob-gyn should be able to identify and address these issues, and determine whether there are ways to help you achieve a healthy pregnancy. Another possible cause of miscarriage in the second trimester of pregnancy is an incompetent or weakened cervix. Normally during pregnancy, the cervix, the lower part of the uterus that connects to the vagina, is closed and rigid. But in this case it begins to open too early. If your cervix begins opening too early, or if you know you’re at risk for incompetent cervix, your ob-gyn may recommend certain medications, frequent ultrasounds and a procedure called cerclage, which closes up the cervix with strong sutures.

Can stress cause miscarriage?
There’s no evidence that stress directly affects miscarriage risk, but it may play a role. Research shows that a mother’s physical and emotional state—including her fitness level and quality of nutrition—can raise or lower her level of stress sensitivity, potentially influencing everything from fertility and conception to the quality of the placenta and the risk for premature labor. McClellan recommends focusing on nutrition, exercise (approved by your doctor) and mind-body relaxation, especially in the first and second trimesters of pregnancy. But there’s no need to check yourself into a month-long spa retreat (well, unless you want to!). It could be as simple as taking an extra 15 minutes after lunch to listen to some relaxing music, decompress and let your body absorb the nutrients you’ve just eaten.

What about multiples?
Yes. Twins and other multiple gestations carry a greater risk of miscarriage. Not only is there more opportunity for chromosomal abnormalities, but there’s also competition for food and space, and the possibility that one or both fetuses will not develop successfully. In one study that involved early ultrasounds, about 9 percent of twin pregnancies resulted in the loss of both babies, and in 27 percent of twin pregnancies, one of the babies miscarried. But after week 20 of pregnancy the risks dropped significantly; at that point, women carrying twins have about a 90 percent chance of delivering two healthy babies.

What if you’ve already had a miscarriage?
In most cases, having one miscarriage doesn’t mean you’re at risk for another. “Just because you had one miscarriage might not mean you can’t have healthy baby,” Conner says. Doctors are more concerned if they see a pattern of two or more consecutive miscarriages in the first trimester of pregnancy or one second trimester miscarriage. That’s when you may be considered at a higher risk for miscarriage in additional pregnancies. If you’ve had two or more miscarriages, see your doctor to check for an underlying cause of miscarriage such as fibroids, polyps, endometriosis or uterine abnormalities.

How to cope with miscarriage

Different people handle miscarriage in different ways, but it’s not uncommon to feel devastated as you would after any other loss in your life. If you’re having trouble coping with a miscarriage or it’s causing a rift in your relationship with your partner, ask your doctor for a referral to a therapist for counseling services. Then read about some ways to honor your loss and slowly begin to move on when you’re ready.

How soon after a miscarriage can you try to get pregnant again? It depends on physical and emotional factors. Every case is different, but unless you’ve had other physical complications from your miscarriage, you can usually start trying to conceive once your doctor has given you a green light. “I usually tell them to wait until their next normal cycle, anywhere from four to six weeks,” Conner says. If you want to wait longer that’s totally normal too—give your mind and body the time they need to heal, and you’ll know when you’re ready to try again.