Moving Beyond Miscarriage: How to Deal After a Loss

The grief of miscarriage can be crippling, and too often, it’s suffered in silence. Find out how to ask for help, honor the loss and begin to move forward. 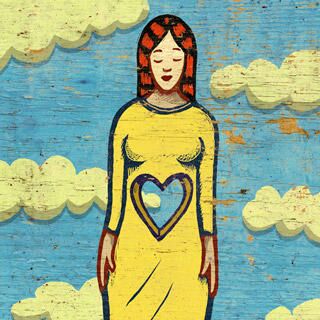 Although it’s not often talked about, miscarriage is actually much more common than you might realize. In fact, each year in the US, anywhere from 10 to 25 percent of all pregnancies will end in miscarriage. Most miscarriages occur before 13 weeks and are called early miscarriages. Many women won’t even realize they were pregnant, as in the case of chemical pregnancies, which may account for up to 75 percent of all miscarriages. These chemical pregnancies happen when the embryo hasn’t properly attached to the uterine wall, and it’s lost so early after implantation that the bleeding can be mistaken for your period.

Late miscarriages, which occur between the 14- and 20-week mark, are far less frequent, with just 2 percent of pregnancies ending in a miscarriage in the second trimester. Causes of later pregnancy losses can run the gamut from chromosome problems with the fetus to physical issues with the mother. When a fetal death occurs after 20 weeks of pregnancy, it’s considered a stillbirth, and it’s rarer still — with only one occurring for every 160 pregnancies.

Like many women who have gone through it, you may feel like a failure or be disappointed in your own body in some way. But it’s important to keep in mind that while some lifestyle factors (such as smoking, drinking alcohol, being overweight and your age) can raise your risk, in most cases, miscarriages can’t be prevented and are largely out of your control.

Even an early term miscarriage can take an emotional toll on you. You’re mourning the loss of a person whom you’ve already created a space for in your life, so it’s incredibly important to acknowledge the feelings you’re dealing with before you try to move on, says developmental psychologist Lisa Spiegel, MA, LMHC. "If you’re skipping over [the fact] that it’s a loss, it may end up having more power over you psychologically,” Spiegel explains. Recognize that it’s a loss and you’ll be able to heal much better.

One way to do that is by finding a way to honor the loss. Other cultures outside of North America honor miscarriages and infant loss in a ritualistic way. In Japan, for example, shrines are built to honor lost pregnancies. “The things that help us move through mourning are ritual in nature, but in our country we don’t have a means of expressing it,” Spiegel says. These traditions may not exist in the US, but there are things you can do to create your own ritual. Consider planting a remembrance tree or bed of perennial flowers that will continue to bloom year after year. You can mark the anniversary by observing it in a small but meaningful way, whether it’s lighting a candle or releasing a sky lantern. Or you can create a pregnancy keepsake box where you gather everything in one place: the pregnancy scan and a pregnancy journal, if you kept one. Pulling these items out from time to time can be a part of the healing process.

It’s not uncommon for your relationship to hit a bump in the road too. You might expect your partner to understand the weight of your loss, but since they didn’t carry the pregnancy, the experience can be different (and very possibly less intense) for them. “I’ve often seen a couple dynamic where the spouse acts as a cheerleader and moves into a ‘fix-it’ mode, which unfortunately can lead to the feeling that the loss is being swept under the rug,” Spiegel says. If you feel like you need more time than your partner, don’t be afraid to be up-front with them about that. Also, don’t hesitate to check in with a relationship counselor to help navigate these tricky waters. Often, an outside perspective can offer solutions and ways to communicate with one another that don’t come easily in emotionally loaded times.

Another helpful way to handle your grief is by joining a support group. “It’s comforting to know that other women are going through the same thing, and sharing your experience helps make the invisible visible,” Spiegel says. If you’d prefer a group that meets face to face, consider joining a chapter of Share Pregnancy & Infant Support, an organization founded to help bereaved families. (Search for a local chapter here.) For a supportive online community, try the miscarriage and pregnancy loss board on The Bump, which offers occasional virtual candlelight vigils as well as other forms of social support.

For some women, speaking with a professional counselor may feel more comfortable. The Seleni Institute is a nonprofit dedicated to women’s reproductive and maternal mental health. Call them at (212) 939-7200 and they can refer you to a qualified professional (as well as local support groups).

While your health care provider will advise you individually about next steps, know that it’s possible to ovulate and get pregnant again within two weeks of an early miscarriage. But most doctors recommend you wait at least two or three menstrual cycles before trying again. Of course, just because your body may be ready, your heart might not be, so allow yourself as much time as you need. Naturally, you’ll likely have concerns about another miscarriage, which can make the whole idea of becoming pregnant again anxiety provoking. It’s normal to feel cautious or fearful, but it’s also okay to be excited and hopeful. After all, the numbers are in your favor: Up to 85 percent of couples who miscarried once will go on to have a healthy second pregnancy.