The superstar opened up about her surgery and how she's embracing her new body.
ByLaurie Ulster
Contributing Writer
PublishedAug 2018 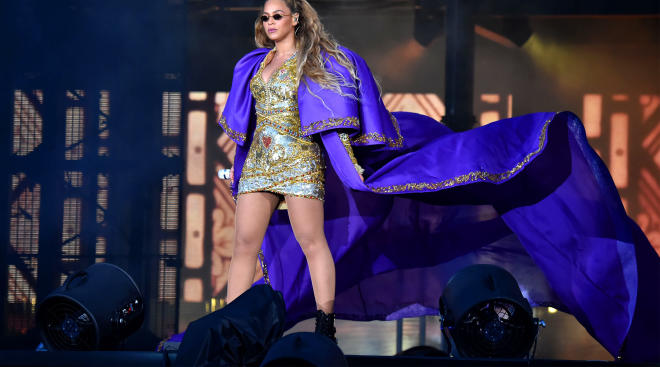 Superstar Beyoncé recently revealed a story she’s been keeping private up until now: Her twin babies, Rumi and Sir, were born via emergency c-section. The world may see her as an exhaustion-defying superhero, performing at the Grammys while five months pregnant and releasing music and videos throughout her term—but she is, of course, just as vulnerable as any of us. And in the newest issue of Vogue, she opened up about her challenging birth experience and recovery.

“I was 218 pounds the day I gave birth to Rumi and Sir. I was swollen from toxemia and had been on bed rest for over a month,” Beyoncé says. “My health and my babies’ health were in danger, so I had an emergency c-section. We spent many weeks in the NICU…I was in survival mode and did not grasp it all until months later.”

The effects of a c-section last long after the immediate crisis is over, and Beyoncé is empathizing with moms who’ve gone through it. “Today I have a connection to any parent who has been through such an experience,” she says. “After the c-section, my core felt different. It had been major surgery. Some of your organs are shifted temporarily, and in rare cases, removed temporarily during delivery. I am not sure everyone understands that.”

And even stunning superstars struggle with the changes to their bodies afterwards. While people have high expectations of her–especially about her appearance–Beyoncé is not having it.

“I needed time to heal, to recover,” she says. “During my recovery, I gave myself self-love and self-care, and I embraced being curvier. I accepted what my body wanted to be.”

She (rightly) gave herself time before diving back in to her regular regimen. “After six months, I started preparing for Coachella. I became vegan temporarily, gave up coffee, alcohol and all fruit drinks. But I was patient with myself and enjoyed my fuller curves. My kids and husband did too.”

Beyoncé plunged back into training when she was ready, but that doesn’t mean everything is back to status quo. “To this day my arms, shoulders, breasts and thighs are fuller. I have a little mommy pouch, and I’m in no rush to get rid of it. I think it’s real. Whenever I’m ready to get a six-pack, I will go into beast zone and work my ass off until I have it. But right now, my little FUPA and I feel like we are meant to be.”

So maybe we can’t all be superstars, but if superstars can accept the realness of motherhood, so can we. Listen to the Queen and go easy on yourselves, mamas.