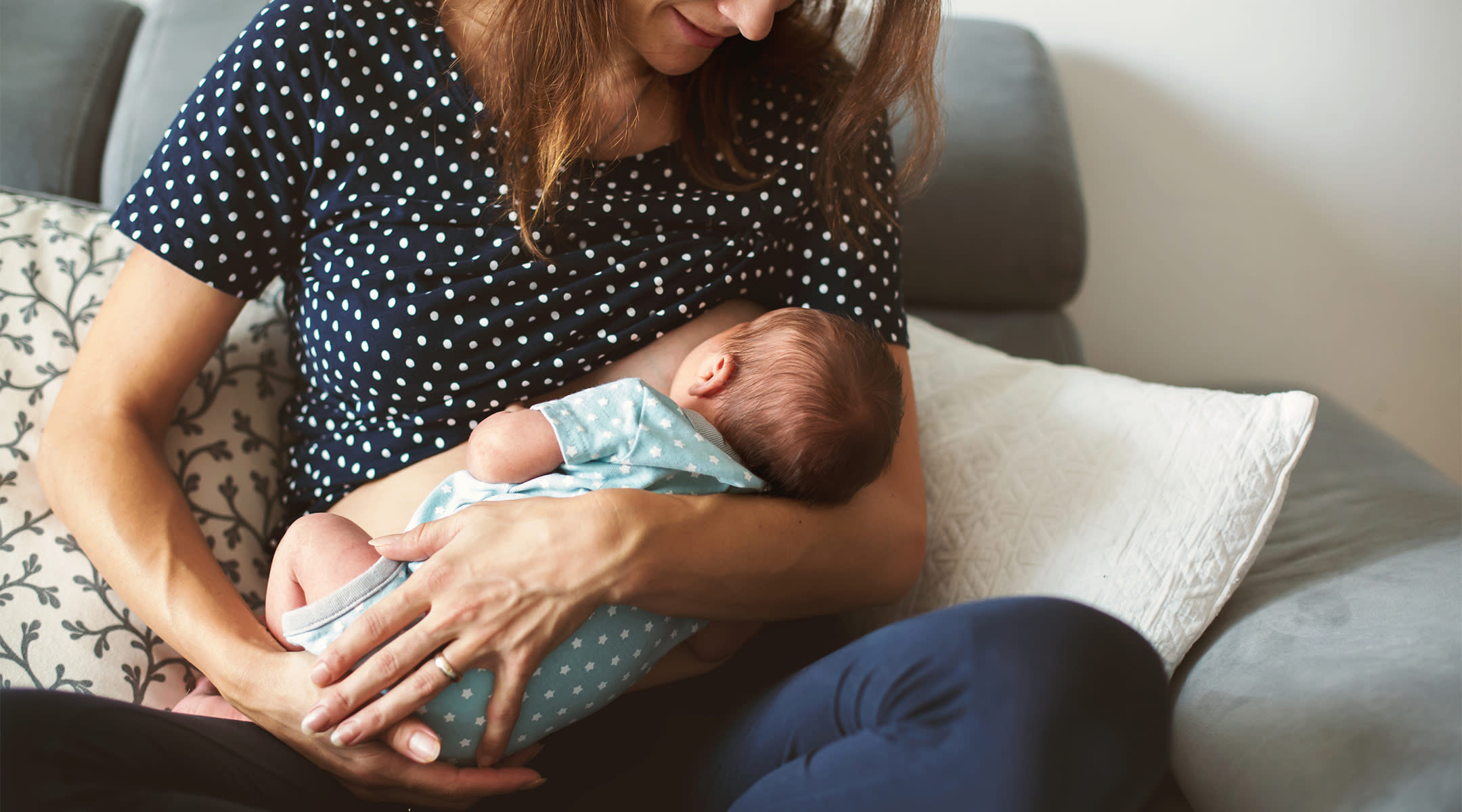 Milk Straight From the Breast Is Best for Baby's Weight, Study Says

Breast milk from the bottle may not have as many benefits when it comes to baby's weight.
PUBLISHED ON 09/25/2018

We already know about the health benefits breastfeeding boasts for baby thanks to the endless studies and data constantly at work. And although baby being fed—whether it’s breast milk or formula—is the most important thing, a new study suggests breast milk straight from the breast promotes the healthiest weight gain in babies.

The American Academy of Pediatrics (AAP) recommends exclusive breastfeeding for about six months. Once baby starts on solid foods, breastfeeding can continue "for as long mother and child desire.” But the findings published in the journal Pediatrics imply breast milk from the bottle may not have as many beenfits for baby's weight as feeding straight from the breast.

The latest study pooled more than 2,500 mother-infant pairs, and discovered babies who were still exclusively breastfed at six months had the healthiest weight by the age of 12 months. By comparison, babies who were no longer exclusively breastfed at six months had a greater risk of being overweight by their first birthday. And when the researchers looked at feeding methods, they found babies given pumped breast milk tended to weigh a little more than those who fed from the breast.

Up until now, doctors have made clear the number of health benefits associated with breastfeeding, but this study suggests the method baby is fed also plays a role. One reason the researchers account for this is because the enzymes and hormones in breast milk may be minimized when pumped milk is refrigerated.

Another reason could have to do with babies "self-regulating" food intake when they breastfeed, as opposed to when parents bottle-feed and encourage baby to finish the whole bottle.

The findings aren’t meant to scare moms away from pumping. In fact, Meghan Azad, the lead researcher behind the study, acknowledges many women have no choice but to pump, especially once they return to work. As with many parenting decisions, it comes down to what is best for you and your baby.