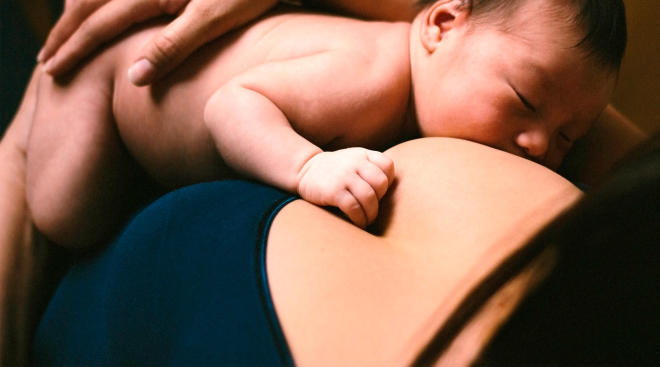 Among the many benefits of breastfeeding include faster postpartum weight loss for you and a healtheir, more stable body weight for baby. But what if your baby is big to begin with? New research confirms that healthy body weight effect applies to high-birthweight infants too.

At this weekend’s annual meeting of the Endocrine Society in Chicago, Hae Soon Kim, MD, of Ewha Womans University College of Medicine in Seoul, explained that in general, high-birthweight infants are more likely to be obese or overweight through age 6. The classification for high birthweight depends on at what week a baby was born, but in general, it exceeds the 8-pound, 13-ounce mark (4,000 grams), according to Children’s Hospital of Philadelphia. Kim says that the risk for becoming overweight or obese drops significantly for high-birthweight babies if they’re exclusively breastfed for their first six months.

“High birthweight is associated with overweight or obesity during early childhood. Among high-birthweight infants, exclusive breastfeeding is a significant protective factor against overweight and obesity,” Kim says in a recap of her findings.

Exclusive breastfeeding isn’t the only thing you need to do to prevent childhood obesity, however. According to additional findings presented at the Endocrine Society’s meeting, if a mother is overeating during breastfeeding, her child is at an increased risk for obesity. To keep that breastfeeding diet in check, check out our guide.