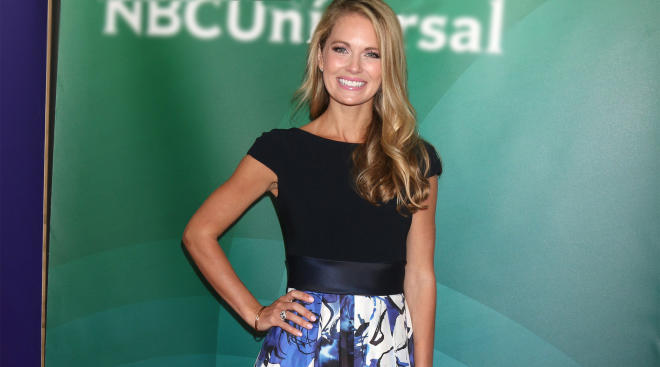 Flu season is upon us, and the American Academy of Pediatrics (AAP) already sent out its memo for parents to get their family flu shots ASAP.

So when Cameran Eubanks posted a photo of herself getting the vaccine, she likely wasn’t ready for the reaction that was to come. In the now-deleted picture Eubanks urged her fans to get their flu shots, People reports. Shortly after poting the photo, the Southern Charm actress quickly became under fire by the anti-vaccination community, who took a strong offense to her upload.

Due to the overwhelming criticism, the mom ultimately decided to take down her post. She followed up with an explanation and a promise to keep her vaccinating beliefs to herself in the future.

“I just deleted a post that I made today about my belief in getting the flu shot. Never did I think it would cause such a fuss,” she admits. “I’m sorry to all I offended who don’t believe in vaccinating themselves and their children. If you do not vaccinate, I do not think you are stupid or wrong. We just disagree.”

The hot-button issue has officially been added to the mom’s list of controversial topics. “I have always said I will not talk about religion or politics on social media, and now I am adding vaccines too,” she explains.

Many have commented on the follow-up post sharing messages of support for the actress.

Another flu shot-supporter states, “you have no reason to apologize and you’re using your platform to advocate the importance of vaccinations. It is important and you starting the conversation is a great thing.”

Flu season is a scary time for parents. Read up on tips from pediatricians to help prevent baby from getting the flu or a cold.