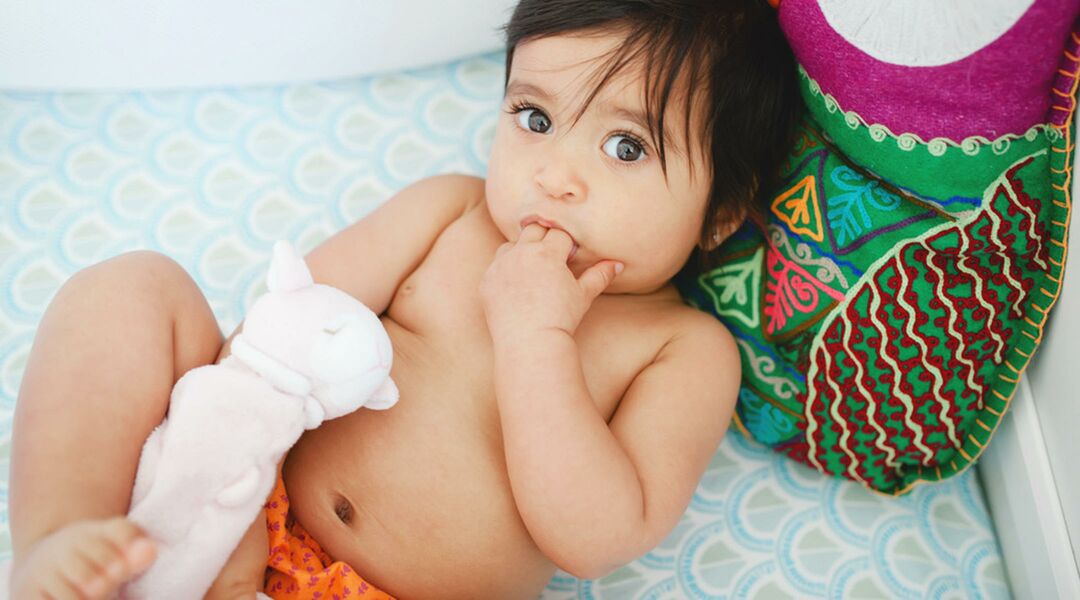 Pediatrician-approved tips for warding off colds and flu.

During cold and flu season, it’s tough enough keeping yourself from getting sick, let alone your brand-new baby (with a brand-new immune system). But it’s totally possible. We spoke with Alanna Levine, MD, a pediatrician at Orangetown Pediatric Associates in Tappan, New York, to give you six easy tips for keeping baby healthy:

Watch where you take her (at least in the beginning)
We know you want to show off your new baby, but during the first two months, try not to take her anywhere where there will be crowds of people. “If a newborn baby gets a fever of 100.4 or higher, she’ll have to go to the hospital and get a complete workup,” says Levine. So it’s just not worth bringing her around all those germs. “Don’t take her to shopping centers or restaurants,” says Levine. “Outdoor spaces are perfectly fine, but you don’t want to risk someone coming over and sticking their face close to the stroller.”

Be a nag about hand washing
It may seem paranoid or nitpicky, but it really is important that you ask anyone who’s going to hold your newborn to wash their hands first. That will help prevent the spread of cold,  flu and other viruses to your little one. If you know a family member is sick, ask them to wait until they’re better before they visit with the baby, no matter how excited they are about it.

Don’t stop breastfeeding
On the other hand, if you’re nursing and you’ve got a cold or the flu, you shouldn’t stay away from baby at all. In fact, you should keep on breastfeeding her, since you’ll be giving her antibodies to whatever you’ve got through your breast milk. “You’ve probably passed along immunity to her,” explains Levine.

Vaccinate (we’re talking about you)
Babies aren’t eligible for the flu shot until they’re at least 6 months old. And the  whooping cough (aka pertussis) vaccine? Well, it takes a series of shots before baby is fully immunized. You can help protect your child, Levine says, by making sure you get a flu shot and a booster for the pertussis vaccine, if you haven’t had one recently (check with your doctor if you’re unsure whether you need one). “Get immunized soon after delivery,” says Levine. “I recommend that anyone who’ll be caring for your baby get immunized too.”

Teach your older child what to do
If you’ve got an older child in day care or school and you’re worried about him bringing germs home, you obviously don’t want to do anything extreme, like send him off to a relative’s house for two months or freak out every time he wants to touch the baby. “You don’t want your older child to feel like they’re a threat to the baby,” says Levine. “It’s important to be cognizant of his feelings.”

Instead, teach him proper infant etiquette: Always wash your hands before holding the baby. Cover your sneezes and coughs. Blow your nose into a tissue and throw it in the trash can. And be sure not to schedule any playdates at your home until baby’s out of the newborn phase.

Play by the rules
Most day cares have specific rules regarding bringing sick kids in: Baby may not be allowed back there until she’s been fever-free for at least 24 hours. Rules like this are in place for a reason—so illnesses don’t spread as easily. Sure, if your kid’s the sick one, it doesn’t help you out, but it’s important for all parents to respect the rules. The idea is that at some point, they’ll help keep your kid healthy.

Have an older baby or toddler? Levine also stresses that making sure she’s eating healthfully (a variety of nutritious foods) and sleeping enough is important for keeping her healthy. “A 1-year-old should sleep about 12 to 14 hours combined throughout the day and night,” she says. Of course, that doesn’t mean your child will never get sick. “It’s normal for a small child to get about 12 respiratory illnesses in a year—that means your child could be sick as often as once a month,” explains Levine. “That concerns some parents, but as long as there are no serious infections, it’s nothing to worry about.”