Why Does Baby Have Bowed Legs?

My baby has bowed legs. Is it normal, and when will they straighten?
Save article
ByJeffrey Berkowitz, MD
Pediatrician
UpdatedFeb 2017 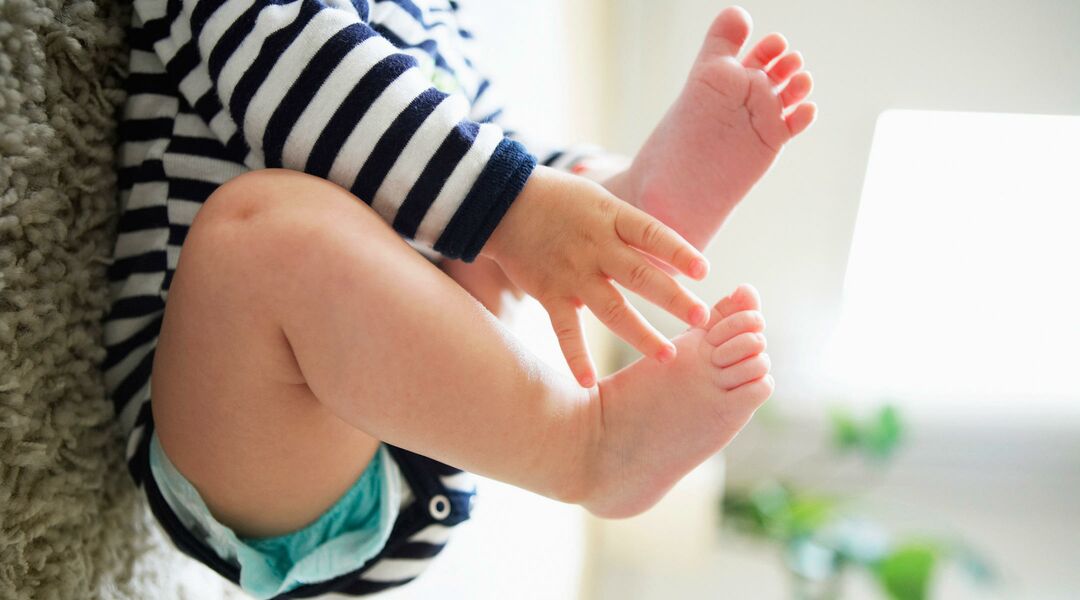 Breathe a sigh of relief, mama — because it’s not only a very common condition in infants, it’s actually completely normal! Bowed legs (genu varum) is a condition in which a person’s knees stay wide apart when they stand with their feet and ankles together. Most infants have bowed legs, which is a result of the curled-up position of the fetus in the womb during development. The condition usually resolves spontaneously after the child has been walking for 6 to 12 months and his legs begin to bear weight.

If you’re concerned about baby’s legs, your child’s pediatrician will be able to check for bowed legs by simply measuring the distance between baby’s knees while he’s lying down. If they’re bowed, baby’s pediatrician might ask for a blood test to check for rickets (which is the softening of bones and is usually caused by a vitamin D deficiency).
If baby reaches two years of age and still has bowed legs, it may be of concern. The condition can be caused by illnesses or problems like Blount’s disease (a growth disorder of the shinbone), bone dysplasias (the bone doesn’t develop normally), fractures that don’t heal correctly, lead or fluoride poisoning or rickets. Your child might need an X-ray if he’s age three or older, the bowing is getting worse and the bowing is not symmetrical.

But if your baby is under two and his legs aren’t severely bowed, no treatment is necessary. Treatments for more severe cases or in kids over two where the issue persists could include braces, casting or surgery (in rare circumstances). It’s important to get baby’s bowed legs treated or looked at by a doctor, because if left untreated, it could lead to arthritis in the knees or hips later on.

Why Does Baby Have Crooked Feet?

My Baby’s Eyes Wander. Is that normal?

What to Do if Baby’s Anemic