Your Kids Will Want Everything in Chrissy Teigen's Next Cookbook (Yes, Picky Eaters Too!) 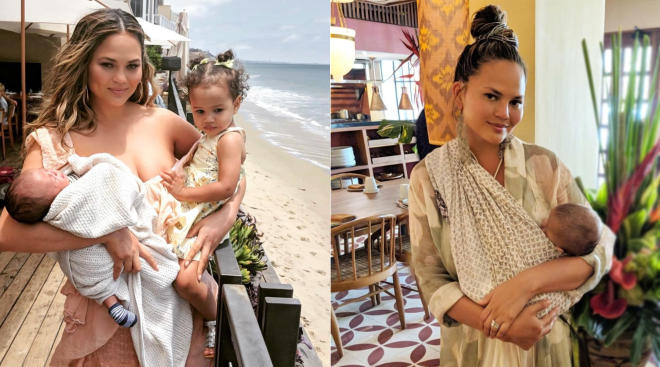 The kitchen is always open for Chrissy Teigen.

Last month, the mom of two released her follow-up cookbook, Cravings: Hungry for More, and launched an all-new kitchenware collection at Target (which we may or may not have already spent all of our money on). So, what’s next for the model and cooking extraordinaire? A cookbook with meals your kids will actually want to eat—imagine that!

Teigen shared the news with fans at her #CravingsFest event, which took place during the New York City Wine and Food Festival on Oct. 13, People reports. Her announcement followed a question from a fan asking if she would ever consider sharing some kid-focussed recipes.

“I really wanna make it awesome,” the mom explained. “I know kids have really simple palates and we all want to make them more refined, but they’re just kids, so we’re gonna do stuff that kids are going to love.”

Her only hope is for the meals to be, “Luna-approved.”

Making us believe, once again, we could be mom best friends, Teigen asked her fans to tweet her with their recommendations for foods and recipes, People reports.

For now, it seems like Teigen has only just begun working on her next cooking endeavor, but you can bet we’ll have a copy on pre-order the second it is available. Until then, check out these mom-approved recipes for picky eaters.