The study, while inconclusive, is a step in helping researchers understand the virus’ effects on kids.
ByNehal Aggarwal
Associate Editor
PublishedMar 2020 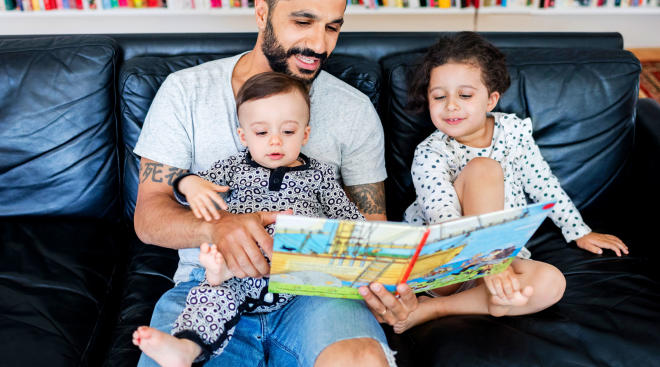 COVID-19 is at the top of most everyone’s minds, and, with so little is known about the novel virus, it’s understandable that parents are anxious and worried about the health and safety of their children. Now, a study conducted by researchers in China and published by the American Academy of Pediatrics (AAP) says that COVID-19 may be less severe in children than in adults.

For the study, researchers looked at the impact of COVID-19 in children younger than 18 years and analyzed data from January to February 8 for 2,143 children in China. Of these children, approximately two-thirds had suspected cases of COVID-19, while the rest of the cases were lab-confirmed. Researchers did not find any big differences between the numbers of boys and girls affected.

While authors don’t yet know what causes the gap between how the virus affects kids and adults, they believe it could be a result of several factors. These include less exposure opportunity for kids, higher levels of antibodies protecting against viruses and simply that the virus also may not bind as well to kids’ cells. In cases of infants, Yvonne A. Maldonado, M.D., FAAP, and chair of the AAP Committee on Infectious Diseases, notes that, because the virus is new, moms likely would not be able to pass on antibodies to their babies.

It’s also important to remember that the study was limited by a short window of time, as well as by a high percentage of severe and critical cases without lab confirmation. It’s possible that those cases could have been attributed to other respiratory infections, researchers say. It’s also important to remember, Maldonado says, that the children in China may have different baseline health and access to care than children in the US. “That’s a big variable because we know asymptomatic shedding is actually probably more likely to perpetuate an epidemic within a population,” she states in the news release. “So social distancing measures may really be the way to keep that from happening.”

While the study is not conclusive, it does help researchers better understand how kids might be able to spread the virus, particularly if they don’t have symptoms.

COVID-19 is definitely scary, especially since there’s much we don’t know, but there are some things you can do to protect your kids. We asked infectious disease experts for their tips on what parents need to know about the virus and how they can protect their family against it.