“We don’t have our radar up to detect postpartum depression in men and we need to."
ByLaurie Ulster
Contributing Writer
PublishedJul 2018 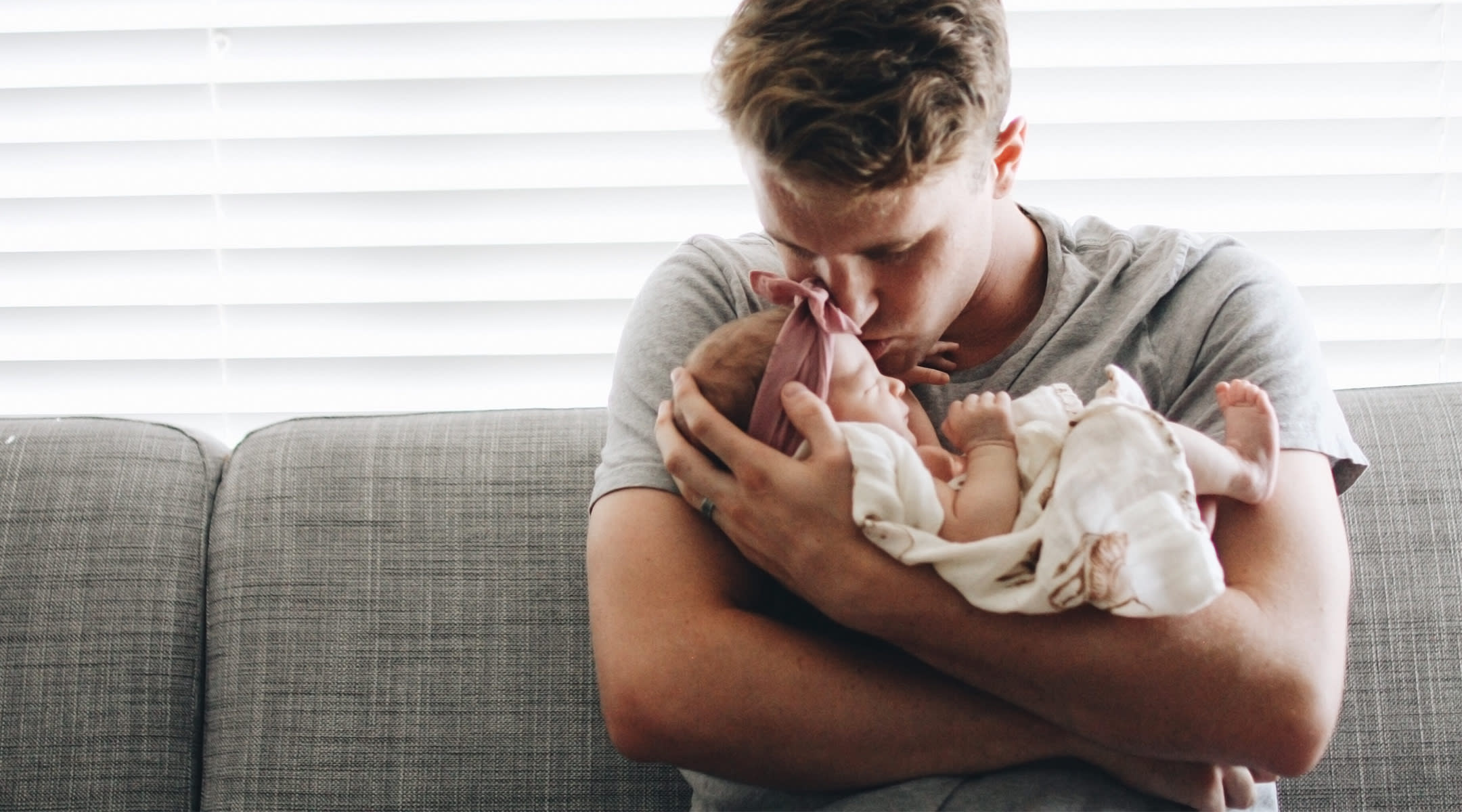 Let’s face it: Having a new baby, while wonderful and miraculous and life-enriching, is also exhausting and incredibly difficult. And on top of all the struggles faced by new moms, postpartum depression can make things even more challenging. But it turns out, moms aren’t the only ones who can experience intense depression after their babies are born: A new study found that the number of dads with postpartum depression are almost as high as moms.

As families ease up on traditional role restrictions, dads are more involved than ever in taking care of their babies—and can be just as vulnerable to PPD symptoms. The study, just published in JAMA Pediatrics, looked at 9,500 community health center visits by parents of newborns, infants and toddlers. About 5 percent of the moms screened positive for depression—and so did 4.4 percent of the dads.

“We talk so much about gender discrimination in medicine and how women are often undiagnosed and undetected for the same disease or condition that men are,” says ABC News Chief Medical Correspondent Jennifer Ashton, MD. “We don’t have our radar up to detect postpartum depression in men and we need to."

The big difference between women and men? Broadly speaking, women tend to internalize their depression and men are more likely to “escape through activities,” Ashton says, which can include substance abuse, outbursts of anger, irritability or behavior like gambling.

Postpartum depression can have negative consequences for kids and families, regardless of whether it’s Mom or Dad who’s suffering, the study emphasizes. The American Academy of Pediatrics recommends screening parents for depression during well visits, but the focus historically has always been on the mother. But while moms go through intense emotional and physical changes after birth, what with changes to our bodies, struggles with breastfeeding and surging hormones, we need to make sure we’re checking in with dads too. Depression can strike anyone, and it’s powerful. If you or your partner is experiencing signs of PPD, talk to your doctor to find a treatment plan that’ll work for you.