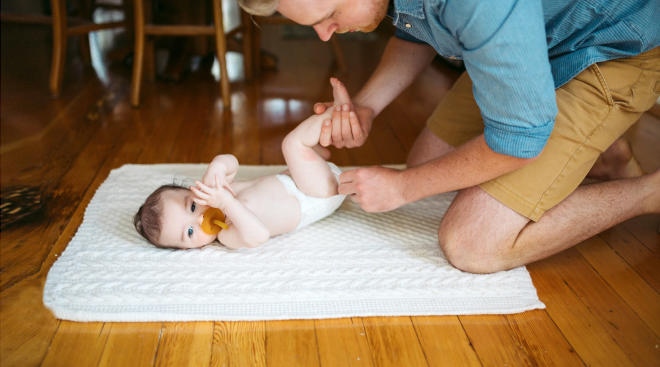 “Diaper Genie Users: Save the blue ring and use your own trash bags—we’ve saved a lot of money with this one,” Jesse Lawyer posted earlier this week on Reditt under the username UncoolDad31.

“Isn’t the whole point of the Diaper Genie the actual refillable bags?” one user asked, referring to that blue ring which is full of refill bags. “The scented bags help keep odors and germs locked inside. Regular bags don’t do that. One four pack holds up to 960 diapers. When these are on sale, it would be much cheaper than purchasing trash bags to fill the equivalent quantity.”

Point taken and point considered. But several other users noted that those rings rarely last through the quantity they promise.

“It says 960 diapers on the box, but we are lucky if we get 100 into a roll before we have to replace it,” another Reditt user comments. “I have no idea where they got that number.”

Even better: Lawyer tells The Huffington Post his family has a stockpile of free garbage bags from a friend who didn’t need them.

"I can’t say exactly how much money we have saved, but considering what we consider to be high prices of refills for what they are, I imagine we have saved at least a few hundred dollars by now,” he says.

Add this to the list of parenting hacks we’ve seen lately. It’s giving this Pinterest-worthy diaper bag hack a run for its money.