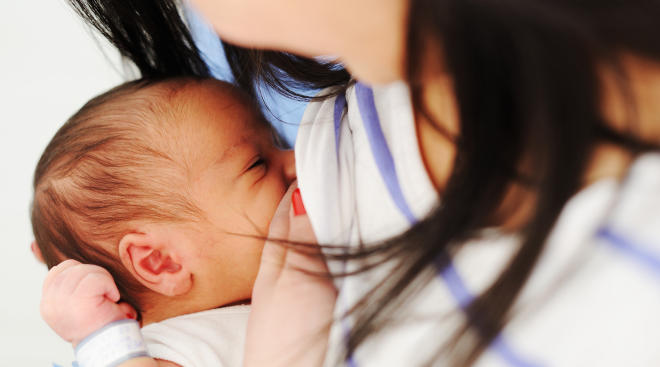 Justice has been served for a Delaware mom. The woman, Autumn Lampkins, just won $1.5 million in a breastfeeding discrimination case against a franchise owned by Kentucky Fried Chicken, where she was formerly employed, Delaware Online reports.

The lawsuit reportedly claimed that KFC/Taco Bell restaurants made it nearly impossible for Lampkins to pump breast milk during her shifts. As a result, her supply dried up and she could no longer feed breast milk to her newborn.

When the mom was hired by the restaurant chain a few months after giving birth, she was only allowed to pump about once during each 10-hour training shift and she rarely had any privacy. Lampkins initially pumped in a single-stall bathroom before being asked to pump in the manager’s office where there was a surveillance camera.

After training, she was transferred to a different KFC, where she faced criticism from coworkers who felt it was unfair that she got “breaks” to pump. Unsure how else to cope with the issues at work, she switched to formula earlier than planned.

Last week, the jury voted in favor of the mom, awarding her $25,000 in compensatory damages and $1.5 million in punitive damages.

Breastfeeding discrimination in the workplace is sadly all too real for many moms. On the whole, women are supposed to receive a clean place to pump and necessary breaks. When these basic requirements aren’t met, many mothers, like Lampkins, end up weaning earlier than they planned.

In recent years, new moms have been getting more vocal about the unfair treatment at work, and advocating for some major changes. A 2016 report showed there was a spike in breastfeeding discrimination cases as more moms fight for their rights.

A good work environment and coworker support are key to breastfeeding success, according to a 2018 study. And happier moms make better employees, so it’s an all-around win-win.