The dad will miss, at minimum, seven Miami Heat games before he returns.
Save article
ByStephanie Grassullo
Associate Editor
PublishedNov 2018 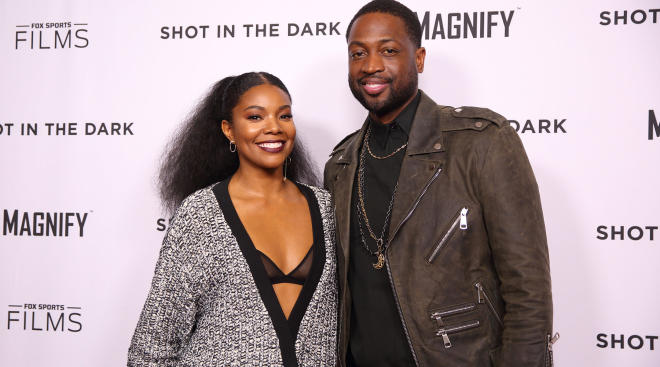 The first couple of weeks baby is born are so important for creating bonds. It’s something Miami Heat’s Dwyane Wade isn’t willing to sacrifice.

Wade, who was already a father to three sons and a nephew he raises, and Gabrielle Union recently had their first child together via surrogate. The baby girl was born a little earlier than expected, which is why Wade is trading in his uniform for just a bit longer, the Associated Press reports.

“With my daughter coming a couple weeks early, she’s a little tiny right now, so we’re making sure health-wise that she’s okay,” the NBA player says. “…This time right now, this bonding moment with my daughter is the most important thing in my life at this time.”

Before welcoming their daughter, Wade and Union have had to overcome some bumpy roads trying to grow their family. In her 2017 memoir, the actress revealed she had “eight or nine” miscarriages. The difficulties they’ve faced have helped the basketball all-star slash dad keep things in perspective.

“The world expects moms to take time off from work. They never expect dads to be the ones who take time away. Because of the route we took to this, it’s important that not also my wife, but also me take this time,” he says.

Paid parental leave is something the US certainly lacks on. And, typically, companies which do offer some type of policy, offer a lot less time to new dads than to moms. A powerful 2017 photo series captured Swiss dads on paternity leave, and it’s enough to pull on all of the heartstrings.

Every Company Should Take Note of Microsoft’s Paternity Leave Policy