“He’s my world and I want to give him the best life... because he deserves it.”
facebook
twitter
copy link
share
save
ByStephanie Grassullo
Associate Editor
PublishedAug 2018 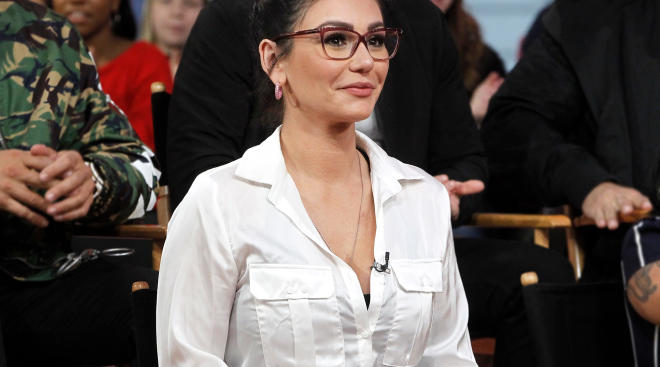 “As a mother, I will go to the moon and back for my kids…no question.”

Reality star Jenni ‘J-Woww’ Farley posted this emotional message on Instagram, where she opened up about her struggle to accept her son’s developmental delay. Like many parents, it was hard for her to grapple with the idea that her kid may be a little different than most.

“To find out Greyson is ‘behind’ or ‘delayed’ crushed me…but only for a moment. That moment came from wanting to have ‘perfect children’ and ‘how could this happen to me,” Farley explains.

The post, which has nearly 400,000 likes, recounts how the celebrity mom came to terms with her son’s developmental delay, which she refuses to let define him.

During a recent episode of Jersey Shore Family Vacation, Farley revealed that her 2-year-old son, Greyson, is in therapy for delayed speech. She was overwhelmed with positive feedback from fans following the episode’s premiere.

The star expressed her gratitude, saying, “To everyone that tuned into @jerseyshore last night and messaged, commented, etc. about @greysonmathews with similar stories or just showing love, I cant thank you enough.”

She also shared more details about her fight for her son, saying, “I’ve had almost every test done you can think of because I’ll never accept that this is best case for Grey…I’ll always think outside the box and do anything that will try and help him achieve nothing short of greatness.”

“I don’t sleep much,” she jokes. “He’s my world and I want to give him the best life… because he deserves it.”

“Grey is perfect and it can happen to anyone. I saw that last night when the messages came in by the hundreds,” Farley explains. “ I decided to share that side of my family on Jersey Shore because I want to help anyone going through what I’m going through…I’m sure people need support the way I’ve needed it.”

Farley was right to assume her story would help others. Hundreds of parents commented on the heartwarming post, telling their own stories of struggles for their kids.

“My son is a non-verbal 3-year-old with a high chance of having autism. Sometimes I feel alone in this journey, but posts like this really help me,” says one mom. “Thank you for helping get the word out for kids like ours. Not everyone is as blessed as you to have the opportunity to make a difference.”

Another parent left an endearing note, saying, “Seeing your child struggling is the hardest thing in the world. Both my boys are in speech therapy twice a week for a speech delay…It is so hard but we fight for our kids and give them what they need to succeed!”

A speech pathologist left a message to applaud Farley for her efforts. “Thank you for sharing your story and struggle. As a speech pathologist, I commend you for being proactive about your son’s development and seeking early intervention. Keep it up mama, follow your instinct and continue to advocate for him.”

Identifying a child’s speech delay isn’t always easy, especially for first-time parents. Keep an eye out for these signs so you can get your kids the help needed as soon as posible.