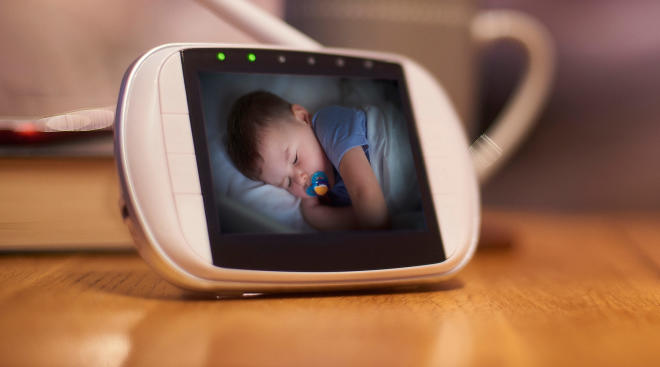 Imagine dozing off on the couch after finally putting your baby to sleep, only to wake up to scary sounds coming from the baby monitor. For many, it sounds like a nightmare, but for Nathan and Ellen Rigney it was their terrifying reality.

The Texas couple received the scare of a lifetime when they heard a man’s voice coming from their baby monitor, threatening to kidnap their 4-month-old son, Click2Houston reports.

Frazzled, the pair instantly shot up from their slumbers. “Then we heard sexual expletives being said in his room,” Ellen tells Click2Houston. “Immediate reaction was that there’s somebody in here, somebody’s in my son’s room!”

After turning on the light to check their Nest baby monitor, they were horrified when a man’s voice ordered them to shut the light. The command was then followed with a threat that he would kidnap their baby. Without thinking, Nathan sprinted into his son’s room.

When he arrived, however, he found his son alone. After realizing the culprit was a scammer who was able to hack the monitor using WiFi, the pair instantly disconnected their device.

Since then, the Rigneys have filed a report with their local precinct and installed a non-WiFi camera in its place.

“We have seen instances where customers reused passwords that were previously exposed through breaches on other websites and published publicly,” a Nest representative tells Click2Houston. “Reusing compromised passwords can expose customers to other people using the credentials to log into their Nest account and potentially other websites and services…We are now also rolling out changes to proactively prevent customers from using a password compromised in a public breach as their Nest password.”

Nest representatives advise other affected customers to reset their passwords and set up a two-factor authentication.

A lot of thought goes in to picking the best baby monitor for your little one. Overwhelmed and not sure where to even begin? Check out The Bump’s tips on how to buy a baby monitor to help with the decision-making process.