“Yes, you have to wear a diaper after giving birth because things just come out. There’s no room for modesty after childbirth.”
ByNehal Aggarwal
Associate Editor
PublishedSep 2020 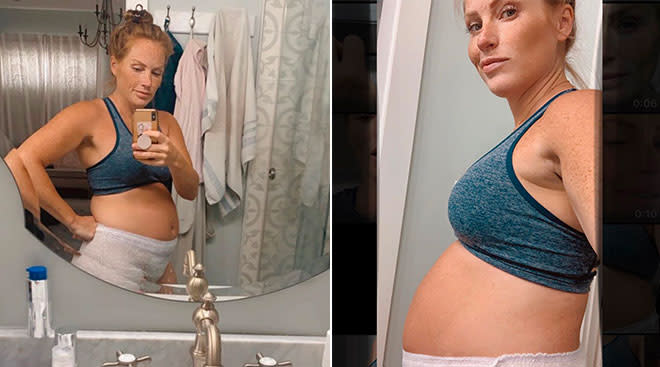 Actress Mina Starsiak Hawk is getting real about the realities of being postpartum.

In a recent Instagram post, the Good Bones star posted a series of photos, the first of which showed her, “posed and sucked in,” followed by several that showed her in postpartum underwear.

“Just food for thought. Both are ME obviously, the first is just posed and sucked in… suuuuper unpleasant post c section fyi. The rest are me, at rest… in my diaper, bc yes, you have to wear a diaper after giving birth bc things just come out. There’s no room for modesty after childbirth,” she wrote in the caption. “So next time you wish you looked like this or dressed like that, or had it ALL together like so many of the influencers we follow, just remember… you’re only being shown what they want you to see; part of them for sure, but usually not the whole story. So be kind to yourselves and to those you might be quick to judge based solely on social media.”

Starsiak Hawk, 35, and her husband Steve Hawk welcomed their second child together, a daughter named Charlotte “Charlie” Drew, earlier this month via c-section. “She’s here! And she’s perfect! We are just obsessed with our little family and can’t wait for [son Jack Richard, 2] to be the best big brother to sweet Charlie,” the couple told PEOPLE.

The actress has consistently been transparent in her motherhood journey. In December 2019 she candidly spoke about her IVF struggles and in September 2018 she spoke about her difficulties with exclusive breastfeeding for her then 3-week-old son, Jack.