The mom tribe stepped in for backup without a moment’s hesitation.
ByStephanie Grassullo
Associate Editor
PublishedDec 2018 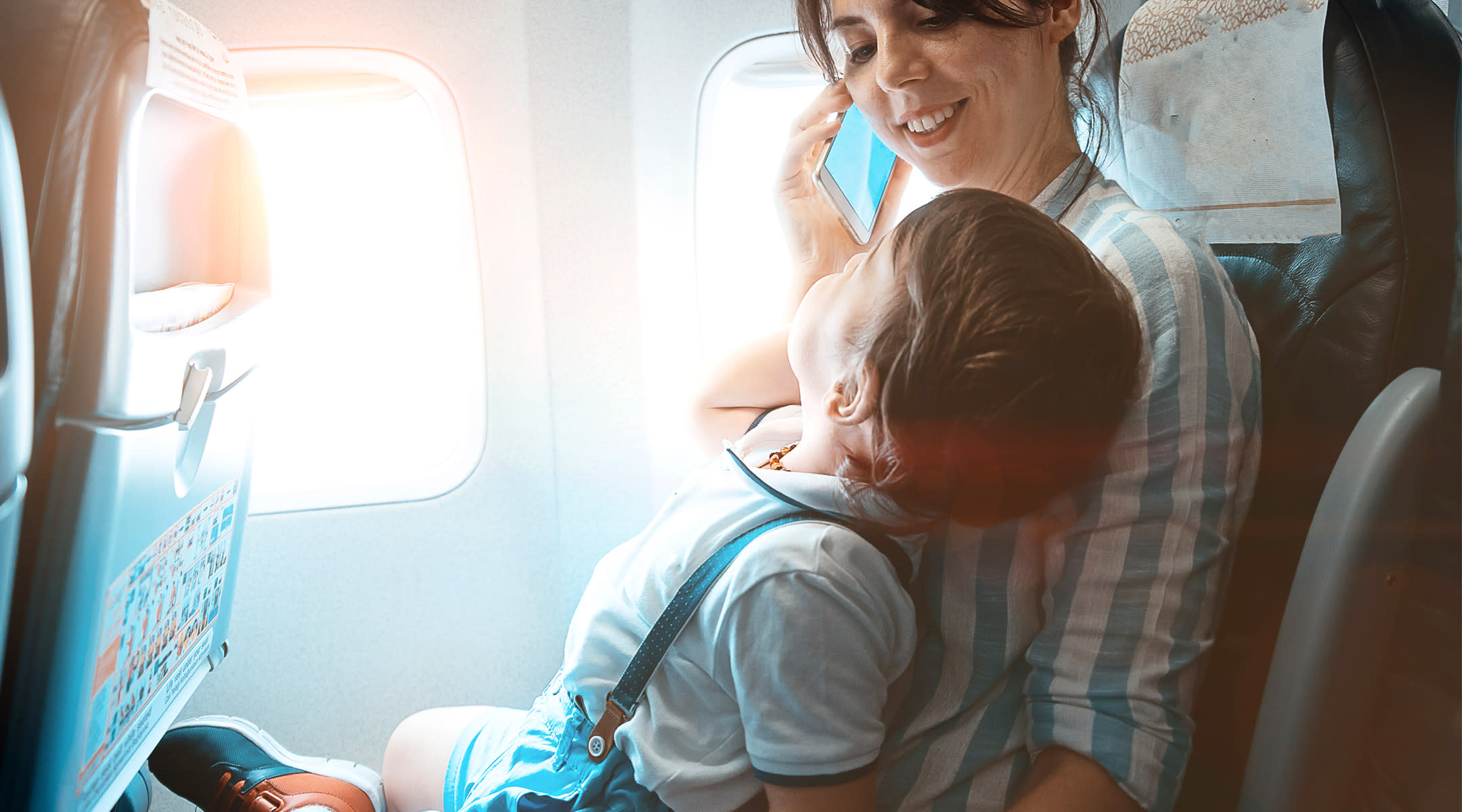 When her husband couldn’t get time off from work, Becca Kinsey figured it was no big deal to take a solo trip to Disney World with her 2-year-old and 5-year-old sons, TODAY show reports. Although the mom lived to tell the tale, it was the return trip that nearly did her in. Thankfully, there was an army of fierce mamas close by who stepped in to lend a hand without even thinking twice.

Kinsey tells her touching story on Facebook, where it has been shared more than 128,000 times. Inspired by the women who saw her struggle and decided to help out, the Texas mom plans to pay it forward, and encourages others to do the same.

“I thought it was a good idea to fly by myself with a 2-year-old and a 5-year-old,” the mom explains. “We were standing in line in security, on the verge of tears because Wyatt was screaming and James was exhausted.”

And that’s when the moms started coming in hot.

“Out of the blue, one mom stops the line for security and says, ‘here, jump in front of me! I know how it is!’"

But she wasn’t the only one to commiserate with Kinsey.

“Wyatt fell asleep and I was trying to carry everyone’s carry-on, when another mom jumps out of her place in line and says, ‘hand me everything, I’ve got it.’"

The support didn’t stop there.

“When I said thank you to both of them, they said ‘don’t you worry, we’re going to make sure you get on that flight,’" she recounts. “The second woman takes everything and helps me get it through security, and, on top of all that, she grabs all of it and walks us to the gate to make sure we get on the flight.”

Once the Texas family was settled on the plane, it wasn’t long before both her sons pased out on top of her, the mom tells TODAY. Just when she likely thought her luck had to have run out, an “angel” appeared to help lighten her load.

“After about 45 minutes, this angel comes to the back and says ‘you look like you need a break,’ and holds Wyatt for the rest of the flight and walks him all the way to baggage claim, hands him to [my husband], hugs me and says ‘Merry Christmas!’”

Moved by the kindness of strangers, Kinsey is using this story as an opportunity to spread some good in the world. She’s encouraging anyone who is touched by her story to donate to Kidd’s Kids, which is an organization that helps create happy memories—like trips to Disney World—for families of kids with life-altering or life-threatening conditions.

Sweet stories like this remind us of the power behind one small act of kindness. Another mom was recently on a flight with her sick baby, when a random man stepped in and offered up his first class seat to the duo.