"You think you're safe in an indoor pool environment that's run by a hotel, but look for the warning signs. Chlorine poisoning is real and it’s serious"
facebook
twitter
copy link
share
save
ByStephanie Grassullo
Associate Editor
PublishedJun 2019 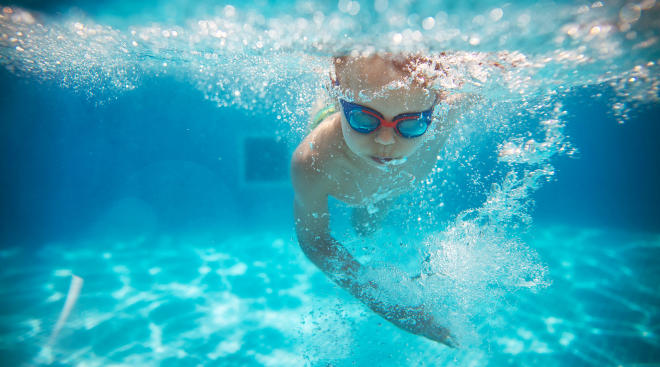 A family’s vacation took a scary turn for the worse when it culminated with a trip to the emergency room. Mom of three Kathy Hartman shared the events with NewsChannel5.com, explaining how chlorine poisoning was the hidden threat lurking in the air.

Hartman’s three kids, niece and two nephews were playing by the indoor pool in the Residence Inn in Opryland in Nashville when they all mysteriously started coughing and showing signs of breathing problems. After some time passed and the children were still struggling, she decided to give her pediatrician a call. “He said right away, ‘this is chlorine poisoning, you need to go and take these kids to the emergency room right away,’” Hartman tells NewsChannel5.com.

The extent of poisoning caused by chlorine depends on the amount of chlorine a person is exposed to, how the person was exposed and the length of time of the exposure, according to the Centers for Disease Control and Prevention (CDC). When chlorine gas comes into contact with the eyes, throat and lungs, an acid is produced that can damage these tissues.

Later on, an employee at the Residence Inn claimed the pool room’s dehumidifier was broken, but because the hotel was booked, they decided to say it was safe to swim, according to the report. “That was the wrong call,” the employee regretfully tells Hartman.

Despite the worker’s claims, a manager at the Residence Inn has reportedly denied the allegations, claiming chlorine levels in the area were cleared by a local company and the Nashville Fire Department.

“You think you’re safe in an indoor pool environment that’s run by a hotel, but look for the warning signs,” Hartman warns. “Chlorine poisoning is real and it’s serious”

The CDC says these are the signs to look for during or after exposure to dangerous concentrations of chlorine:

If you think you or your child may have been exposed, remove your clothing, wash your entire body with soap and water and get medical care as quickly as possible.