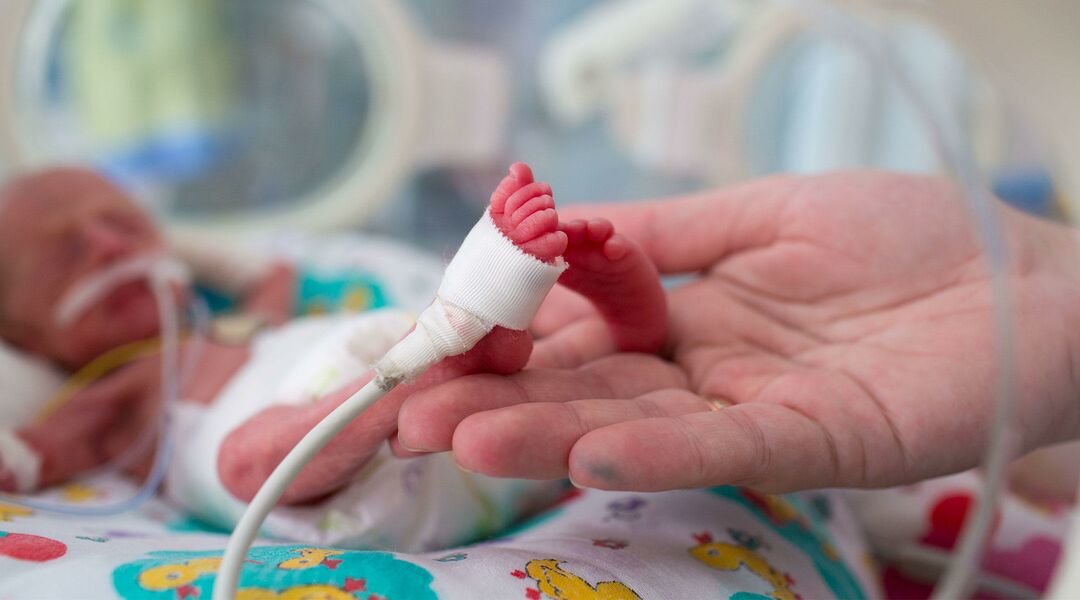 Baby is in the NICU. You’re skittish and somewhat left in the dark when it comes to what is actually going on. You just want to run in there and scoop baby up, but he or she is tangled in a mess of wires and tubes. You just want to help, but have no idea how.

At St. James University Hospital in Leeds, England, there’s a different reality—you’re able to assist in the care of your preemie in the NICU. No longer are you just a spectator of your child’s first battle; family-integrated care allows you to play an active role.

The program’s ultimate goal is to put the parents at “the very center of the team caring for the baby,” Dr. Liz McKechnie, a neonatologist at St. James’s Hospital, tells the BBC.

Parents are taught how to give babies medicine, take their temperature and even how to insert feeding tubes into the nose and mouth.

“One of the jobs we have to do is take her temperature, maybe every three or four hours,” says mom Anna Cox, who gave birth to her daughter, Lola, at 23 weeks.

A new study is examining just how beneficial programs like the one at St. James’s Hospital are. Doctors from Canada, Australia and New Zealand looked at nearly 1,800 babies from 26 hospitals, publishing their findings in the Lancet Child and Adolescent Health journal.

Half of the parents involved in the study committed to six hours a day, five days a week of caring for their preemies alongside nurses. They did everything from administer medicine and change diapers to go on rounds and chart baby’s growth progress. By 21 days old, the babies who received this family-integrated care had put on more weight than babies who didn’t, and their parents reported lower levels of stress once home with their infants. Plus, mothers involved in the program had a higher frequency of breastfeeding.

These countries are not the first to encourage parents to lead the care process under the guidance of nurses. The concept was born out of necessity in Estonia in the 1970s when an understaffed hospital had an abundance of preemies. Experts saw real benefits, indicating parental-lead care improves the bond with mothers (thanks in part to more skin-to-skin contact), boosts breastfeeding rates and gets baby home quicker.

Cox was able to bring Lola home after 14 weeks with the stipulation that she still required oxygen and medicine. Had Cox not been able to commandeer her daughter’s care, the stay would have been longer.

“I’m really confident in everything they’ve taught us,” she says. “I’m really grateful.”