And it can be for as little as 10 minutes at a time.
Save article
ByAnisa Arsenault
Associate Editor
PublishedMay 2018 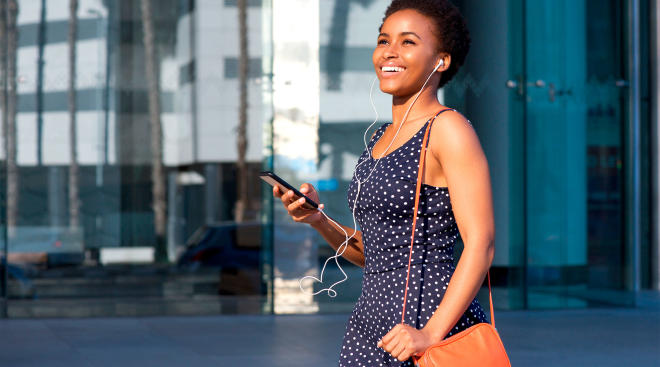 Pregnancy loss prompts an unanswerable question: Why did this happen? Chromosomal abnormalities mean miscarriages are almost always out of your control. But researchers from the University of Massachusetts Amherst are suggesting you do have the power to boost your odds of getting pregnant after miscarriage by adding one activity to your day: walking.

Researchers Lindsey Russo and Brian Whitcomb analyzed data from the Effects of Aspirin in Gestation and Reproduction study, narrowing in on women between the ages of 18 and 50 who experienced one or two pregnancy losses. Did anything in particular help those women get pregnant again? One surprisingly simple activity stood out.

Essentially, walking can change your fertility and pregnancy outcomes at a molecular level. (So can what you eat, but researchers were focused on physical activity.)

“We were happy to be able to add scientific evidence to general recommendations about physical activity,” Whitcomb says. “This is especially true for the results about walking for even limited blocks of time. Walking has great potential as a lifestyle change because of its low cost and availability.”

For women considered overweight or obese, walking for just 10 minutes at a time was associated with higher odds of getting pregnant.

Wondering why something more intense, like running, wasn’t linked to an increased likelihood of getting pregnant? So are the researchers.

"We don’t know what to make of the finding that high intensity physical activity may have different biological effects than walking, but our study doesn’t offer enough detail to get at why vigorous activity would work differently than other levels,” Whitcomb says.

While further research is needed to see how other forms of physical activity can affect pregnancy, the takeaway is that just getting moving is a good start. Need a little push to get you going? This fun workout gear might do the trick.