The Duke of Sussex casually told a fan what he’s hoping for while at an event in Sydney.
save article 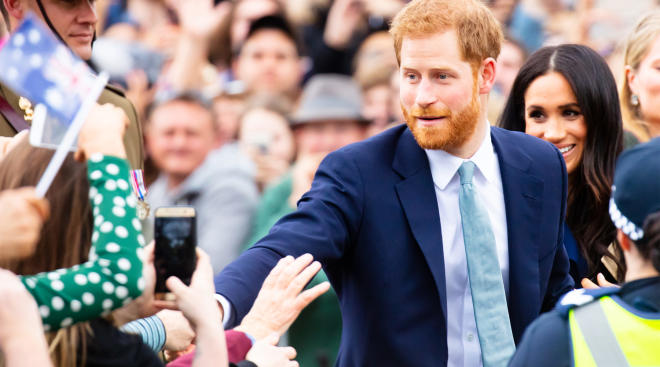 Ever since the news of Meghan Markle’s pregnancy broke last week, the entire world has been struck with royal baby fever. And when Pippa Middleton gave birth to her son the next day, it only added to the excitement. Now, all eyes are back on the Duke and Duchess of Sussex as we countdown to their baby’s arrival next spring.

While in the midst of their 16-day tour of Australia and New Zealand, Prince Harry casually admitted to a fan he is hoping for a girl. The moment was captured in a video, which is quickly making its rounds on the Internet.

While at a cycling event for the Sydney Invictus Games, a fan yelled out, “I hope it’s a girl!” The royal red head quickly responded by saying, “so do I.”

The Duke attended the event solo, after it was announced Markle would be cutting back on her schedule (and rightfully so!). And the ever-supportive Prince Harry is encouraging the duchess to “pace herself” as she’s starting to feel more tired, according to royal sources.

Many took the Duke’s response as an unofficial gender reveal, but since Markle is reportedly about 13 weeks pregnant, the couple won’t find out the sex of their baby for a few more weeks.

Until then, we’ll all be watching and placing our bets on whether we’ll be meeting a baby boy or girl come springtime.