“I’d bet money that most people regret having kids, but justify it after the fact or pretend otherwise because it’s taboo.”
facebook
twitter
copy link
email
save
ByStephanie Grassullo
Associate Editor
PublishedMar 2019 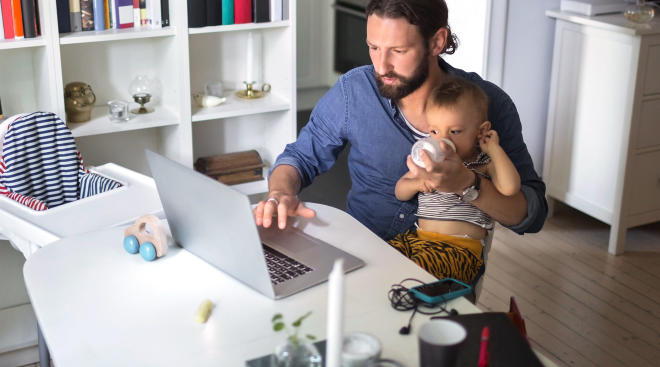 It’s a lesson Sam McRoberts can surely learn from. The author and CEO received major backlash after opening up on Twitter about his “biggest life regret,” which he says is his son.

In a now-deleted tweet, McRoberts wrote “My wife and I originally wanted three kids. Had one, decided after a few years that one was plenty.”

It would have been fine if his sentence stopped there. There’s no harm in having one kid; lots of families are complete with their only child. It’s what he followed this statement with that is causing an uproar.

“Though I love my son, I now (A) know myself well enough and (B) know the challenges of parenting well enough to say that having a kid is probably my biggest life regret. Wife concurs.”

Being a parent means being selfless. Moms and dads know they have a thankless job, but are more than happy to do it anyway. Based off of McRoberts’ tweets, not sure the same can be said about him.

“Nobody f*cking prepares you for all the BS that comes with parenting, and society/biology heavily push towards perpetuating the species,” he says. “I’d bet money that most people regret having kids, but justify it after the fact or pretend otherwise because it’s taboo.”

We’ve all been at wits’ end before, but publicly announcing your regret for your son’s existence is harsh. Things said on the Internet have a nasty habit of living on forever, and imagine what his son would think if he comes across his father’s proclamation a few years from now.

Many have responded by criticizing the dad for sharing such sentiments.

In response to the backlash and likely attempting to clear the air, the dad elaborated on his statement and his son’s understanding of it. “He’s fully aware, but unlike the Twitter mob, has all the needed context and understands the nuance,” he says.

McRoberts claims his son says “I know you love me, but having a kid is a lot of work. I wouldn’t want to do that much work.”

Kids are a lot of work. But as parents, it’s our job to always remind them they’re loved and worthy, and not an everyday burden. If you or your partner are feeling super stressed out or are drowning in anxiety or depression, speak to a doctor or therapist about it. That’s what they’re there for. Getting help is the best thing you can do for your and your family’s happiness.

Here’s What to Stream When You (Finally!) Get Some Time to Yourself