Lack of Sun Later in Pregnancy May Contribute to Postpartum Depression, Study Says

Researchers encourage women to be aware of this trigger and to talk to their doctors to put preventative tactics in place.
ByStephanie Grassullo
Associate Editor
PublishedOct 2018 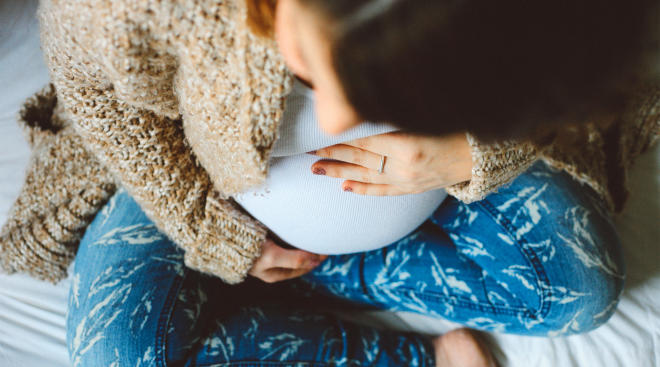 Shorter days in the winter months has long-been associated with depression in adults. Now, a new study published in Springer’s Journal of Behavioral Medicine links lack of sunlight during the third trismester to postpartum depression.

Researchers at the University of California San Francisco analyzed 293 first-time moms who participated in controlled experiments about sleep before and after pregnancy. The women shared the amount of daylight they enjoyed during the final trimester of their pregnancy, along with information about known risk factors, such as a history of depression, socioeconomic status and how much each slept.

Combined, the women had a 30 percent risk for depression, suggesting the number of daylight hours a woman was exposed to during her final month of pregnancy and just after birth had a major influence on the likelihood that she developed depressive symptoms.

Women whose final trimester coincided with longer daylight hours had the lowest risk for depression (26 percent). As anticipated, the risk of depression was highest (35 percent) when a woman’s third trimester occurred during “shorter” days, with the symptoms becoming more prevalent following the birth of her baby.

If baby is due in the winter and you have a mental health history, don’t panic; talk to your doctor. She’ll help you address the symptoms of postpartum depression so you have tactics in place in case it subtly sneaks up on you. According to the lead author on the study, it can be as easy as popping outdoors when possible, using devices to provide light therapy, or adding more vitamin D into your diet.