Everyone's talking about the risks of this routine sleep solution. But do they need to be?
Save article
ByAnisa Arsenault
Associate Editor
PublishedMay 2016 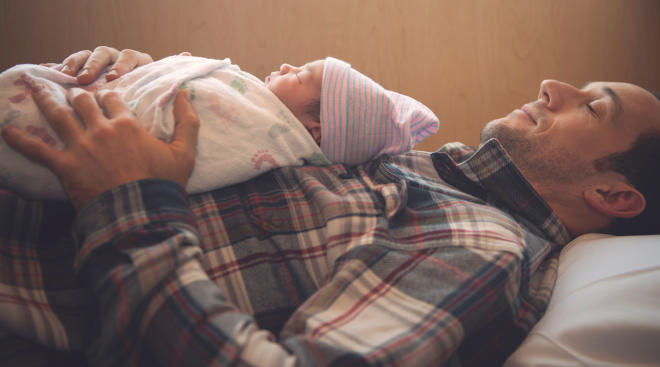 It’s a standard sleep solution for newborns, and now it might be dangerous? A recent meta study—an analysis of four previous studies—published in the May issue of Pediatrics is taking a closer look at swaddling, and is highlighting a potential, albeit small, link to SIDS.

The major takeaway that these headlines aren’t relaying? Baby’s sleeping position has stronger correlation to SIDS than swaddling. Overall, babies who were placed in a stomach-sleeping position had the highest rate of SIDS cases: nearly 32 percent. And only 1.8 percent of them were swaddled.

Nearly all of the data suggests swaddling is safe and linked to significantly lower rates of SIDS. But there’s one point of contention: Swaddled infants older than six months seem to have a twofold risk of SIDS compared to their control group counterparts.

“Swaddling was a more common practice among the younger infants, and the risk of SIDS linked to swaddling seemed to increase in older infants. This outcome may be related to a greater likelihood of rolling to a prone (stomach) position at an older age,” the study reads. In other words, once babies develop the ability to roll, even swaddled ones can end up on their bellies without enough range of motion to keep their faces off the mattress. Partially for this reason, and because older babies are more acclimated to life outside the womb, it’s recommended that parents stop swaddling by 3 or 4 months.

Study authors are recommending that physicians begin reinforcing the discouragement of swaddling by a certain age.

“Given the marked increase in infants swaddled and found prone (rather than placed prone), coupled with an increased risk of swaddling with increased age regardless of sleeping position, health professionals and current guidelines should consider an appropriate age limit at which swaddling should be discouraged,” they write.

It’s also important that parents who choose to swaddle do so correctly, as loose fabric can pose a suffocation hazard. Check out our tips and instructional video. If you still don’t feel comfortable with your technique, consider using a sleep sack for baby instead.