The Taj Mahal Will Soon Have a Breastfeeding Room

The idea came after a top official spotted a mother hiding under a staircase trying to nurse her child.
ByStephanie Grassullo
Associate Editor
PublishedMay 2019 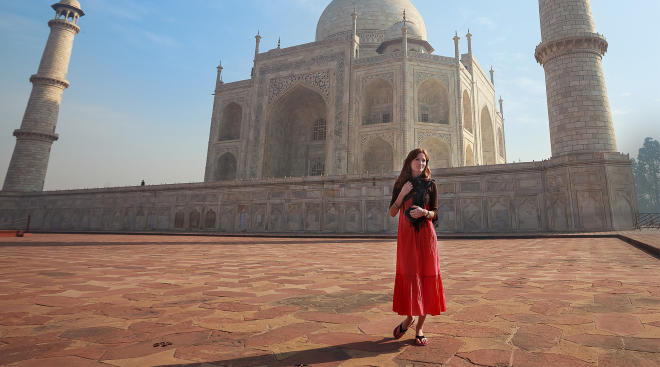 The Taj Mahal will soon have a room dedicated to moms who are nursing their children, Reuters reports. In a country where moms are often shamed and told to cover up when breastfeeding in public, it marks the first Indian monument to get a lactation room.

The idea for the dedicated space came after Vasant Kumar Swarnkar, a top official at the Archeological Survey of India (ASI) in Agra city, which is home to the Taj Mahal, saw a mom hiding under a staircase to breastfeed her baby while her husband covered her with a blanket. “I could see it was so difficult for her [to feed her child], which is a basic motherhood right. So I thought we have to do something,” he tells Reuters. Swarnkar anticipates the nursing room to be ready by July, according to the report.

It seems fitting since the Taj Mahal was, after all, inspired by a mother. It was built in the 17th century by Mughal emperor Shah Jahan as a mausoleum to his favorite wife Mumtaz Mahal, who died in childbirth.

“My hope is that more and more monuments, not only in India but around the world, replicate this [plan] so that women can feed their babies comfortably,” Swarnkar tells reporters.