This could mean a better night’s sleep for you and your little one.
Save article
ByStephanie Grassullo
Associate Editor
PublishedNov 2018 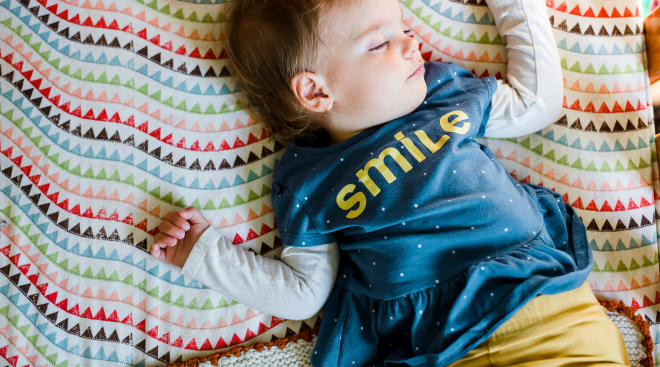 The trick to a better night’s sleep for you and your little one? Waiting until kids are 3 years old to make the transition from a crib to a bed, a new study suggets.

The research was funded by J&J Consumer Inc. and led by Ariel Williamson of Children’s Hospital of Philadelphia where she and colleagues collected data from nearly 2,000 caregivers with toddlers between the ages of 18 and 36 months. The parents spanned five different countries, Australia, Canada, New Zealand, the UK and the US, and the data was submitted using the Johnson’s Bedtime baby sleep app, a free smartphone app offered by Johnson & Johnson.

The researchers discovered rates of crib-sleeping regularly decreased with age, with 63 percent of toddlers sleeping in a crib from ages 18 to 24 months, as compared to 34 percent still in a crib at 24 to 30 months and 13 percent from 30 to 36 months. But the real takeaway was kids who slept in cribs appeared to have better sleep routines.

Specifically, those in cribs tended to go to bed earlier, fall asleep sooner, sleep for longer stretches throughout the night and resist parents less at bedtime.

“What stuck out to us was how remarkably consistent the benefits were at each toddler age group,” Williamson says. “This is what we see clinically as well.”

In the future the researchers hope to use the app to investigate how parents start the crib-to-bed transition and what motivates them to make this move.

Is your toddler still keeping you up at night? Check out our full-proof toddler sleeping guide, which offers insights on sleep schedules, problems and solutions.