Mom Furious After TSA Throws Away Her Breast Milk

“Help me share my story and prove to TSA that we are so fed up with this nonsense...”
ByStephanie Grassullo
Associate Editor
PublishedOct 2018 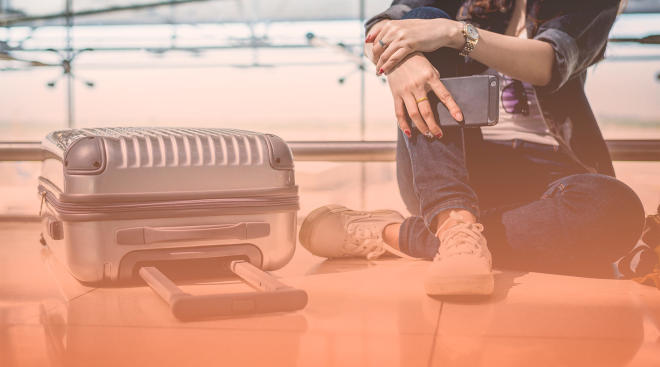 Traveling while pumping can pose a quite a few problems for nursing moms. Sometimes, no matter how much time and effort moms spend on researching ways to make travel easier, certain obstacles still stand in the way. For Heather Gieseke, that obstacle was Transportation Security Administration (TSA).

The mother of two was on her way home from a work trip and traveling with breast milk, when she was stopped by TSA at the security checkpoint at the Minneapolis International Airport. This came as no surprise to Gieseke, who travels quite often for her job and is familiar with the protocol. But the events that followed left her outraged.

After she was given no choice but to let TSA throw away her breast milk, the Illinois mother took to Facebook—while breastfeeding her daughter, obviously!—to tell her story “in hopes that it will raise awareness for the challenges moms face with airline travel and the disregard for our needs.”

“It’s hard being a working mom, and especially one who travels,” Gieseke says. “I don’t get the luxury of tucking my kids into bed every night. But breastfeeding and making sure that they have the best nutrition as possible as little babies is one thing I can do for them when I am away.”

On the day of the incident, TSA asked her to put her breast milk through the scanner. Like most traveling moms, she told them she wasn’t comfortable with it due to fear of contamination. This was still not cause for concern, as TSA typically moves forward with a different form of testing.

“I went back with the agent, and they gave me a pat down and checked the milk to make sure nothing was hiding in the bag,” she explains.

What she hoped would be smooth sailing from there, quickly took a turn for the worse.

TSA told the mom they would have to open the bag to check it with test strips, which was something she was not comfortable with them doing. After asking to speak with multiple different supervisors, they all gave her the same answer: The milk had to be tested with test strips or she couldn’t take it on the plane.

Feeling like she hit a dead end, Gieseke ultimately decided to leave her breast milk behind. Needless to say, she’s furious.

“I am so angry. I feel like my rights have been violated. I feel frustrated that things aren’t easier for working moms. It’s hard enough as it is without dealing with these kinds of roadblocks,” she vents.

The mother wraps up her video with one strong message: “Help me share my story and prove to TSA that we are so fed up with this nonsense, and that better rules, regulations and training needs to be put in place to help moms who travel.”

While certain airports take breastfeeding moms into consideration, many still need a lot of work. Gieseke’s story isn’t the first time an incident like this has happened, and it likely won’t be the last.

On the bright side, the recently passed Friendly Airports for Mothers Act goes into effect in 2020, and we can only hope it’s the start of better travel accomodations for nursing women.