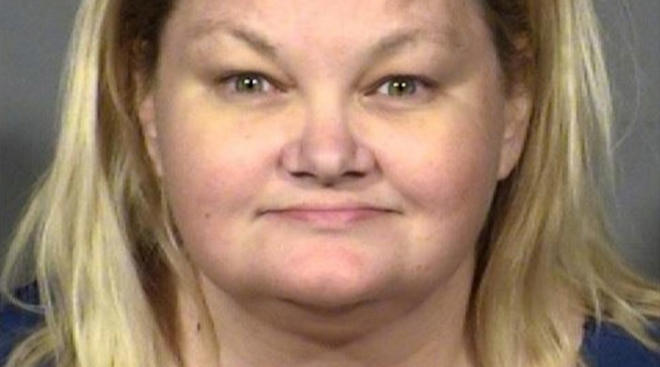 A Las Vegas woman came this close to kidnapping a 3-week-old newborn. How did she nearly pull off such a scary feat? From information the baby’s parents posted on Facebook. Luckily, the Las Vegas Metropolitan Police Department stepped in just in the nick of time and squashed the plot before it was too late, KSNV News 3 Las Vegas reports.

Many probably don’t think twice before posting a cute picture or story about their little one on social media. And this Las Vegas couple likely had the same mindset. After sharing a post explaining they were looking for clothes for their newborn, they were connected to 39-year-old Joanna Boyd. From there, they engaged in discussions about baby apparel for sale on Facebook.

Seems pretty harmless, right? Not quite. Through their short conversations and the information available on the parents’ social media accounts, Boyd had everything she needed to orchestrate her kidnapping plan—forging fake documents and posing as a Child Protective Services worker.

Her plan got derailed, however, when she decided to involve the police department in her scheme. Posing as a family service employee, she called LVMPD requesting help on an emergency removal of a baby.

After the officers met with the woman, they were pretty certain her paperwork was illegitimate, and a red flag went up when Boyd didn’t provide proper county identification. In the end, she was arrested before ever arriving at the couple’s house, but it’s unsettling to wonder what would have happened if she didn’t try to involve officers in her narrative.

If nothing else, the story serves as an important reminder about online safety for kids.

“We all know that we’re proud when we have new children, but posting the personal information—the date of birth, as well as the parents’ dates of birth—was able to provide the suspect the information she needed to make these documents look legit,” Splinter explains.

It’s a valid point. It’s tempting not to post all the cute photos and updates on baby, but you may be sharing way more than you think. The takeaway? Think before you post, and make sure you know all about protecting your kids’ Internet privacy. Had this cautionary tale took a different turn, the aftermath would have been devastating.