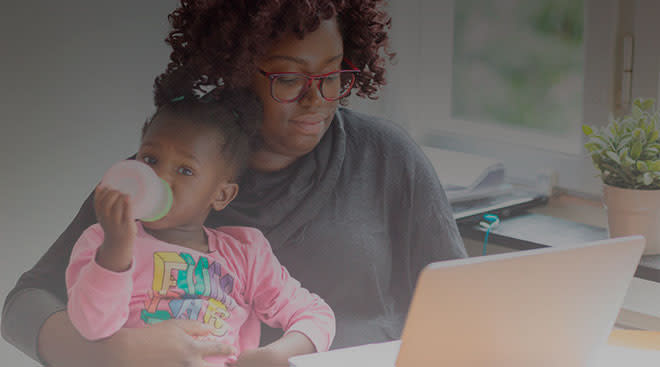 Photo: Johner Images
We have included third party products to help you navigate and enjoy life’s biggest moments. Purchases made through links on this page may earn us a commission.

The pandemic has caused a wave of panic across the globe—particularly in moms. According to a new survey by online retailer Zulily, moms may be worrying and staying up later now more than ever.

The survey is part of Zulily’s Late Night Shop for Mom, a month-long curated shopping event, launching on September 17, to help moms through long nights of feeding and possible worrying with some incredible late-night deals. The researchers conducted Google surveys and looked at data from 500 parents aged 18 to 64 years old from August 10 through August 14.

The survey found that 62 percent of respondents who identified as moms woke up at least once a night, most frequently between 2 and 3 a.m. According to the results, while most new moms are usually up late adjusting to baby’s sleep and meal schedule, there’s a lot more on their mind than spending time with baby—and this affects moms across the country.

The survey looked at the top 10 states where moms were staying up late most. The top spot? California. Below, the full list:

The survey also found 22 percent were up worrying about the world, while 17 percent said they were awake late a night caring for their kids and 16 percent said they stayed up late planning for the future. According to the results, 38 percent of moms also said they felt judged by other parents for parenting decisions. To pass the time late at night, nearly one third of moms (28 percent) said they online shop, browse social media or check email.

“Mom has the weight of the world on her shoulders, so we wanted to learn more about what she’s worried about, what she needs and how we can help lighten her load,” Lindsay Reynolds, Zulily’s family shopping and trends expert said in a press release. "Our research shows that moms are actively looking for products for her children and her home that help create a sense of calm, add a dose of daily humor, and help create experiences that she feels her family may be lacking right now.”

According to the survey’s findings, 45 percent of moms found happiness, relief and a slight return to normalcy by dressing their baby up in special occasion clothing and cute outfits. Researchers found moms with kids under the age of 5 were most excited to dress up their kids, and 57 percent considered a virtual gathering an excuse to dress baby up in something special, while 46 percent felt the same about a trip to the grocery store.

Along with putting baby in cute clothing, the majority of moms (73 percent) use humor to navigate parenthood. Now, during COVID-19, 44 percent of moms felt that humor was more important than ever, and 19 percent felt that sharing humor and memes allowed them to connect with other parents and express how they feel (20 percent).

Moms with kids under the age of 5 were also more likely to say they felt their kids were affected by current environmental stress. Zulily is hoping to ease some of that stress with the launch of Late Night Shop for Mom on September 17. It’ll have weekly themed events going live late at night through October 14, as well as feature nursery decor items, kids’ clothes, baby toys and more.