Model and actress Ali Landry gives us the scoop on breastfeeding her daughter, Estela — and why she wishes she'd stayed with it longer. 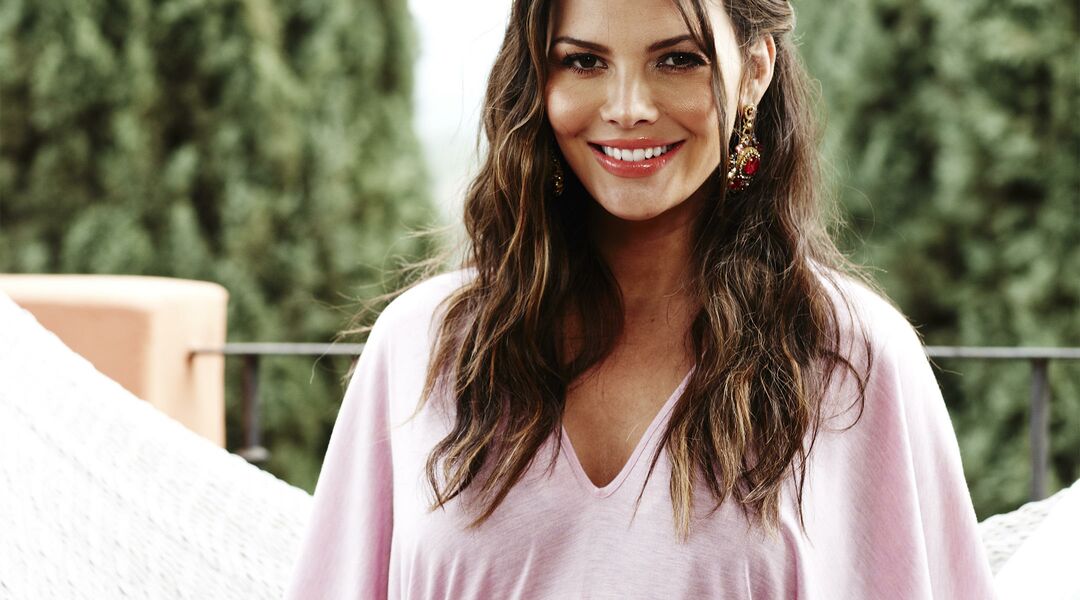 TB: What was your breastfeeding experience like when you first started?

AL: I think my biggest fear when I was pregnant was that I wasn’t going to be able to breastfeed. I was literally praying every single day that I would be successful. After I had the baby, I put her on the breast and I can remember the first few weeks it was so painful. I called the doctor. Then I called a breastfeeding specialist. They both said, “You know it just takes some time for you to get used to the baby and for the baby to get used to you.” After that I was determined. I said, “I’m going to stick this out.” Lo and behold, a few weeks went by of extreme pain and then it was perfection. I can’t imagine not breastfeeding my child. I nursed Estella for a year, but looking back on it I now wish I would have nursed her a little longer. I miss it terribly. Those moments I took during the day just to gaze at her, look in her eyes, and have her so close to me… I would not trade that for anything in the world.

TB: What’s your biggest piece of advice to other moms out there who are thinking of breastfeeding?

AL: For someone who is thinking about breastfeeding, I would say my one piece of advice would be to try it. Just try it. It’s like nothing you’re ever going to experience. The bond you’re going to create with your child is magical and lasting. Just give it a good shot because you will not regret it, I promise.

I have a friend who is a hair stylist. I was nursing when she was pregnant. I would tell her how much I enjoyed it. She would always respond, “I am not breastfeeding, I do not want to feel like a cow.” Everytime I would see her, I would encourage her just to try when she was in the hospital. If it’s not for you, then don’t do it. Her baby is now 2 years-old and she is still nursing her. She sold her salon and moved to Florida just so she could spend more time with her daughter. Breastfeeding changed her life. I am so proud that I was able to influence her to nurse. She is my biggest convert to breastfeeding!

TB: Who did you go to for tips and advice?

AL: My doctor was a huge advocate of breastfeeding. I learned so many things about breast milk. If she had a stopped up nose, he would tell me to put it in her nose and it would clear her up. I had an amazingly healthy baby. Our bond was fantastic and her teeth are very straight now.

TB: Did you have any funny breastfeeding moments?

AL: My funniest breastfeeding story happened when we were at the gas station. I was supposed to get the gas and my husband was going to pump air into the stroller tire. As I’m pumping the gas I hear her screaming crying. I had learned to lean over and do nurse breasts while she’s in her car seat. So I do this as the gas is pumping. My husband gets back in the car and thinks I’m done pumping the gas. He starts the car and takes off. We rip the gas hose off the pump. A couple of thousand dollars later, at least I had a happy baby.

TB: Did you ever have any issues breastfeeding in public?

AL: I breastfed my child everywhere. Every bathroom, every shopping center across the state of California… I pumped in the car while my husband was driving with the pump connected to the lighter. I nursed in restaurants, I nursed in the grocery store. You get very creative when your child needs you. You figure out a way to feed them. It was the best.

In the beginning, though, I was a little uncomfortable with it. It was very new. You’re not used to whipping them out everywhere. So, I had the little covers. After two or three months pass you’ll sit on a park bench and throw that little thing over. You put her to your breast and you nurse her. Even when I had her in her sling I figured out a way I would just cover her up and I would just nurse her there. It frustrates me when I hear people make comments about women breastfeeding. I think it is the most beautiful natural thing that you could do for your baby and I applaud you all. I think it’s fantastic.

TB: Was everyone in your life supportive of your decision to breastfeed?

AL: When I told my mom I was determined to breastfeed, she didn’t quite understand it. She did not breastfeed. At the time all the doctors were like, “Give them a bottle.” This was a whole new concept for her. After she really saw the bond that I had with my child and that my child was so calm and happy, she definitely came around. Now she is a big advocate for breastfeeding. My husband loved it. He was very supportive from day one. I always say my husband did everything but breastfeed and if he had boobs, he would have done that too. He was so proud of me for nursing her. It was really wonderful to have his support.