Your Baby's Smile May Have an Ulterior Motive 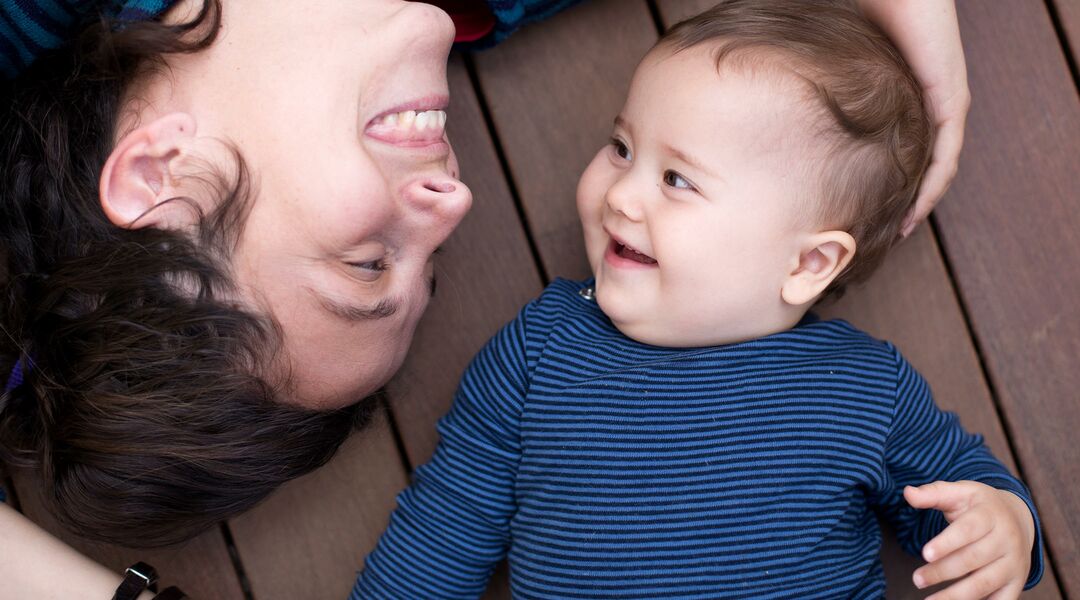 And then you learn that it’s actually baby’s foray into manipulating you.

A new study out of University of California, San Diego was the first to examine why mothers and infants time their smiles the way they do. You know you’re trying to get baby to smile. But did you realize there’s a chance he’s doing the same? By the time he reaches four months old, smiles become goal-oriented, proving that infants have a sophisticated understanding of social interactions.

Here’s how it works: Intentional gesturing will occur somewhere between 8 and 12 months, and it all starts with a smile. Babies will practice what’s called  anticipatory smiling , in which they gaze at an object, smile, and then turn that smile towards mom, who will presumably get them the object.

Younger babies — four months and under — have more innocent intentions: The study found they smile to get you to smile. In 11 out of the 13 mother-infant pairs, infants most frequently demonstrated the goal of creating and maintaining situations in which they are being smiled at, but stop smiling themselves.

What’s their reason? That remains inconclusive. But there’s something adorable about the idea that your infant just wants to see you smile. So we’ll leave it at that.