How to Do Kegel Exercises 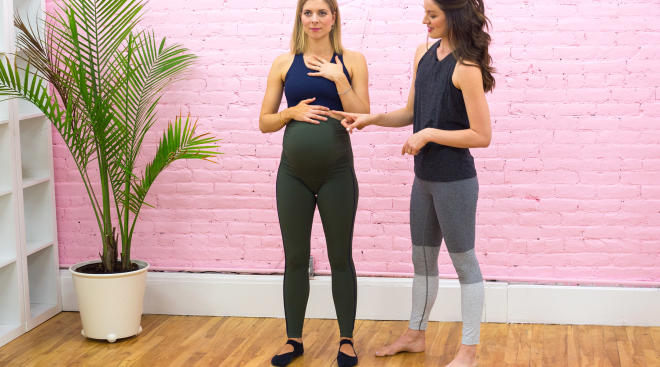 You’ve probably heard of Kegel exercises (aka Kegels), but you might be a little fuzzy on what they are exactly and why you should do them. While it’s easy to dismiss Kegels as one less thing on your pregnancy to-do list, they’re actually valuable little exercises—if you do them the right way. “Kegels are important to do, but the majority of women don’t actually do them correctly,” says Lauren Streicher, MD, an associate clinical professor of obstetrics and gynecology at Northwestern University Feinberg School of Medicine. Here’s what you need to know about Kegels and how to actually do them.

In this article:
What are Kegels?
Do Kegels work?
How to do Kegels

Kegel exercises work your pelvic floor, a muscular meshwork that forms a figure eight to support the pelvic organs, including the bladder, uterus and vagina. When you do Kegels, you’re contracting those pelvic floor muscles, explains Laura Ward, an orthopedic and pelvic floor physical therapist at The Ohio State University Wexner Medical Center.

You probably already do Kegels in your day-to-day and not even know it. Kegel exercises shut off the urethral sphincter, which controls the flow of urine from your bladder through your urethra. “If we have to pee and can’t go, we do a Kegel to be able to hold it until we can,” Ward explains. “We tend to automatically do this contraction, but we can also do it voluntarily to increase the strength and endurance of these muscles.”

So why is it a good idea to beef up your pelvic floor muscles? The weight of carrying baby around for nine months—plus childbirth itself—can put a lot of stress on your pelvic floor, causing some women to experience urinary incontinence after delivery, says Christine Greves, MD, a board-certified ob/gyn at the Winnie Palmer Hospital for Women & Babies. The benefits of Kegels are multifold: Not only can they prevent embarrassing leakage, they can even improve your sex life. Pelvic floor muscles play a key role in women’s stimulation and orgasm, and when they become weakened, blood flow decreases and vaginal sensation isn’t as strong.

The ultimate goal of Kegel exercises is to help your pelvic muscles have better strength, endurance and coordination, says Jessica Shepherd, MD, a women’s health expert and ob-gyn at the University of Illinois at Chicago. To maximize results, it’s a good idea to do them before you even become pregnant, during your pregnancy and in the postpartum period, she says.

But a lot of people wonder—do Kegels really work? In fact, they can be extremely effective, experts say, as long as you do them correctly and consistently. A 2015 study followed 79 women after they gave birth, some of whom were shown how to perform Kegels and asked to do them twice daily for 20 minutes at a time. After four and eight weeks, those who performed Kegels had a “significant increase” in their pelvic floor muscle strength, while there was no significant difference in the control group.

While studies haven’t been able to pinpoint just how often women should do Kegel exercises to improve pelvic floor muscle function, “you can’t just do it once a week and think it’s going to do the job,” Streicher says. But you also don’t need to carve out huge chunks of time to do your Kegel workouts. Whenever you’re in the car, “do them at every traffic light!” Greves says.

How to Do Kegels

Of course, it’s one thing to know you should do your Kegels, but another to actually know how to do them. Here’s where to start:

1. Do the pee test. When you first start doing Kegel exercises, it can be hard to know if you’re isolating your pelvic floor muscles correctly. An easy way to get a feel for things is by trying to stop the flow of urine while you’re going to the bathroom. If you’ve managed to clench down and stop peeing mid-stream, you’re using the right muscles. Just do this for testing purposes, not for your actual Kegels. “It’s a good one-and-done contraction to get a sense of the motor memory, but it can increase bladder irritation,” Ward says.

2. Use your breath to guide you. Diaphragmatic breath—when your belly expands as you inhale and shrinks as you exhale—can help you do Kegel exercises properly. Kegels should be done on your exhalation, Ward says; as you breathe out, pull your belly button in and contract and lift your pelvic floor. Still not sure how to locate it? “If you visualize a figure eight that wraps around the vagina and the rectum, the area that connects the eight is right at the area of muscle attachments. That’s what you can feel lift up and in as you contract,” she explains.

3. Try doing Kegels on your back. While you can do Kegel exercises pretty much anywhere, the best way is while lying on your back, with your back supported and your knees bent, Ward says. (If you’re pregnant, you can do it on your side). Start with your diaphragmatic breathing and then try the contraction. “You’ll feel a lift and squeeze around the vagina and rectum,” Ward says.

4. Practice fast contractions. Once you know how to contract the pelvic floor muscles, try upping your Kegel game with fast contractions, forcefully squeezing to draw the perineum inward and upward, and then relaxing, Shepherd says. Start with 10 repetitions and work your way up to 50.

Ideally, you’ll want to work up to being able to hold a contraction for eight to 10 seconds before relaxing your muscles, Greves says. Then, do your exercises three times a day, three to four times a week for at least 15 weeks. If you’re not sure you’re doing your Kegel exercises correctly, ask your OB during your next visit, Greves says—she should be able to help steer you in the right direction.

The Dos and Don’ts of Pregnancy Workouts

How to Rev Up Your Sex Life Post-Baby