Mom Shares What It Was Like Giving Birth During COVID-19

As a second-time mom, she was expecting a much easier postpartum experience–then the pandemic hit.
Save article
ByTovah Haim
Founder and CEO of Bodily
UpdatedAug 2020 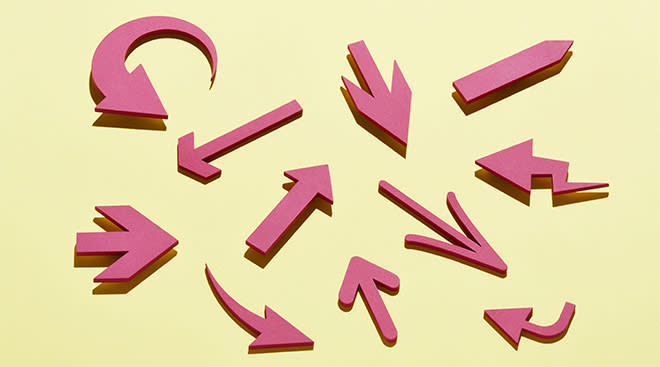 Photo: Richard Drury / Getty Images
We have included third party products to help you navigate and enjoy life’s biggest moments. Purchases made through links on this page may earn us a commission.

I had planned on having a much better postpartum experience than I had after the birth of my first child, mostly because I had done this before and knew what to expect! I launched my company, Bodily, to address the knowledge gaps that come with giving birth and created products to help women through this experience. I used the resources my team and I created in my own journey, so I was prepared in those ways. What I wasn’t expecting was to give birth during a pandemic.

I reached out to my doctor about a week before the baby was due to ask several questions I had related to giving birth during this epidemic. At that point the COVID-19 situation was continuing to worsen, but the number of cases was still very low. One of the main things I wanted to understand was if it would be safer to give birth in a hospital outside of New York City, where I live, and what the pros and cons were of going somewhere else where the doctors didn’t know me. My doctor advised against going to a new hospital and provided many compelling reasons why (including the fact that I’d be with doctors who didn’t know me or my medical history) but ultimately she said it was my choice and she’d support me no matter what I decided to do. In the end, I decided to stay.

My doctor also said that it was very likely there would be someone in the hospital with COVID-19 when I give birth, and that I should prepare for the possible reality of that happening. She walked me through the type of isolated rooms they have available for COVID-19 patients, like the negative pressure rooms, and what my particular hospital’s procedures were. Getting this information ahead of time meant I was able to set realistic expectations going into labor and was massively helpful, even if wasn’t able to hear the answer I wanted—that everything was going to be normal and that no one was going to have coronavirus, which was the answer that would’ve made me feel calm and collected.

As further proof that so much of childbirth is out of our control, I ended up going to the hospital in an emergency situation. I was anemic, and my doctor was treating me with IV infusions of iron. When I went to the facility to get an infusion, they checked my blood pressure and found that it was very high. They determined I had preeclampsia and immediately sent me to the hospital, where my doctor and husband met me.

The waiting room, which is usually buzzing, was a little desolate. People were staring at each other and keeping their distance, and we were too. We were careful not to get in an elevator with anyone else and we didn’t touch the buttons. Doctors, nurses and laypeople were wearing masks, and those who weren’t made me a bit nervous.

Since I was admitted in an emergency situation, my labor and delivery was rather quick. Within two hours of being sent to the hospital, I had a c-section birth. My husband was permitted to be in the delivery room. At that point the hospital had a “no visitors” rule, but spouses or partners were allowed.

On March 12, 2020, I gave birth to our daughter. Immediately after the birth, everything was pretty standard. I was able to do skin-to-skin contact with her. But there were no visitors allowed. My father had driven up from Florida to come visit and see the baby, and we had told him not to come visit. He still hasn’t seen the baby, even though it’s been three weeks since her birth. At this point we don’t feel comfortable having anyone with our daughter, so no one has met her except for us. It’s crazy to think about that, but it definitely makes me feel way, way safer.

When my first child arrived, I was able to focus on him and on the experience of being a new parent. But with my daughter, the focus has been on just keeping her safe and avoiding infection for us and for her, which really changed the experience. The first two weeks were totally nerve wracking because my husband and I didn’t know if we were infected. Although we weren’t showing symptoms, we feared we could be asymptomatic, which created a really scary environment for having a newborn in our home.

So we took extra precautions. As soon as we got back from the hospital we disinfected the exterior of every single thing that came into our apartment. Our son was unable to touch or get close to his new sister for 14 days because he had a fever a couple of days after we came home from the hospital, which was extremely difficult. I tried very hard not to breathe on her for fear that respiratory droplets would get on her and transmit the virus. I still nursed and held her, but I washed and used hand sanitizer obsessively. We also made sure our home was in total isolation—nothing coming in or out.

But once we passed the 14-day mark, we all relaxed a bit. Now we’re able to have more of those special moments with her, and my son has been able to hold her. We’re just now regaining some degree of normalcy.

While giving birth during COVID-19 wasn’t in anyone’s birth plan, it’s totally doable. I found that being prepared with information and the right tools went a really long way in making the experience way more manageable than expected. Read up ahead of time. Talk to your doctor and get an understanding of what the hospital experience will be like before you go, so your expectations are set. Then order supplies ahead of time to keep you out of pharmacies and doctors offices wherever you can reasonably avoid it.

Before giving birth, I had made sure we had all of the newborn and postpartum supplies we needed, including plenty of diapers, formula, a newborn scale, a blood pressure cuff, an adult thermometer and infant thermometer and soft measuring tape. All of these tools are really useful in communicating information to a doctor, especially during virtual telehealth visits. I do not self-diagnose and I don’t recommend that anyone else self-diagnoses either, but it’s good to have these tools on hand so you can communicate accurate information to a doctor and they can better help you.

I had also made sure to find a pediatrician that had instituted new safety precautions (including rigorous disinfecting policies). When I came out of the hospital, we were able to get one appointment with our daughter before standard pediatrician appointments evaporated. Since that initial checkup we’ve been scheduling virtual appointments, which I’ve actually found to be very effective, with the right tools at home.

We offer a bunch of resources at Bodily, some specific to how to prep for giving birth during COVID-19, and many more to help you become informed about what to expect during the postpartum phase. It’s a scary time and not what any mom-to-be asked for, but you can navigate this.

Tovah Haim is the founder and CEO of Bodily, a company that is empowering women to take control of their health through educational content and modern products backed by clinical research. Prior to launching Bodily, Haim held executive roles leading finance, strategy and data at Blue Apron, Daily Harvest and Ralph Lauren’s global ecommerce business division. She also spent eight years on Wall Street as a private equity investor at Goldman Sachs and Global Infrastructure Partners, and an investment banker at Citi Group. Haim graduated magna cum laude from the University of California at Berkeley where she studied political economy. She resides in Brooklyn, New York.