Eating Fish During Pregnancy Is Safer Than You Think 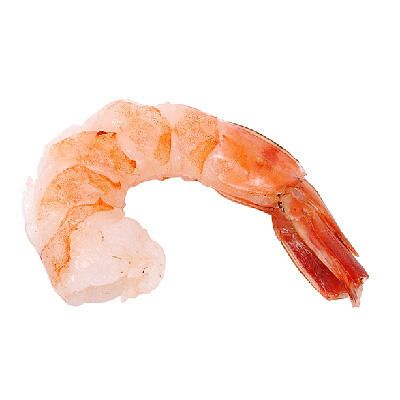 Ever wondered whether all those headlines warning against eating fish during your pregnancy were really worth believing? The latest study published in Environmental Health Perspective found that it’s time those guidelines for pregnant women be reviewed. The large concern revolving around the negative effects of mercury on fetal development have caused medical professionals to warn against their consumption by expectant women during their pregnancies. Those facts, however, are about to change.

The research, taken from the Children of the 90s study at the University of Bristol, found that fish accounts for just seven percent of the mercury levels in our bodies. When researchers analyzed 103 food and drink items — consumed by 4,484 pregnant women — researchers found that the 103 items, when put together, made up less than 17 percent of mercury levels in our bodies.

In the Children of the 90s study, researchers actually found that eating fish during pregnancy had a positive effect on baby’s IQ and eyesight development — and though researchers don’t know what exactly contributes to their development, there’s no arguing that the iodine and omega-3 fatty acids found in fish may contribute to it.

But what the study did find about high mercury levels was definitely surprising:

After white and oily fish, herbal teas and alcohol were next in line for highest mercury blood levels. White wine actually had higher levels than beer. Researchers were admittedly shocked by the high mercury level found in herbal teas but the biggest surprise came when they factored in a woman’s age. The women with the highest mercury levels, researchers found, tended to be older, had attended college, worked in  professional or managerial jobs , owned their own homes and were often expecting their first child. (So, are more first time moms-to-be in higher profile jobs drinking more white wine and fancier, herbal-infused teas?)

And though these mercury levels were higher than they’d originally expected, none exceeded the max recommended by the US National Research Council.

Authors of the study concluded their research by saying that pregnant women limiting their seafood intake won’t exactly reduce their mercury levels by much.

Professor Jean Golding, OBE, the study’s main author, said, “We were pleasantly surprised to find that fish contributes such a small amount (only seven per cent) to blood mercury levels. We have previously found that eating fish during pregnancy has many health benefits for both mother and child. We hope many more women will now consider eating more fish during pregnancy. It is important to stress, however, that pregnant women need a mixed balanced diet. They should include fish with other dietary components that are beneficial including fruit and vegetables.”

Here’s to fish — during your pregnancy and after — because it’s so damn delicious.

Did you eat fish during your pregnancy?