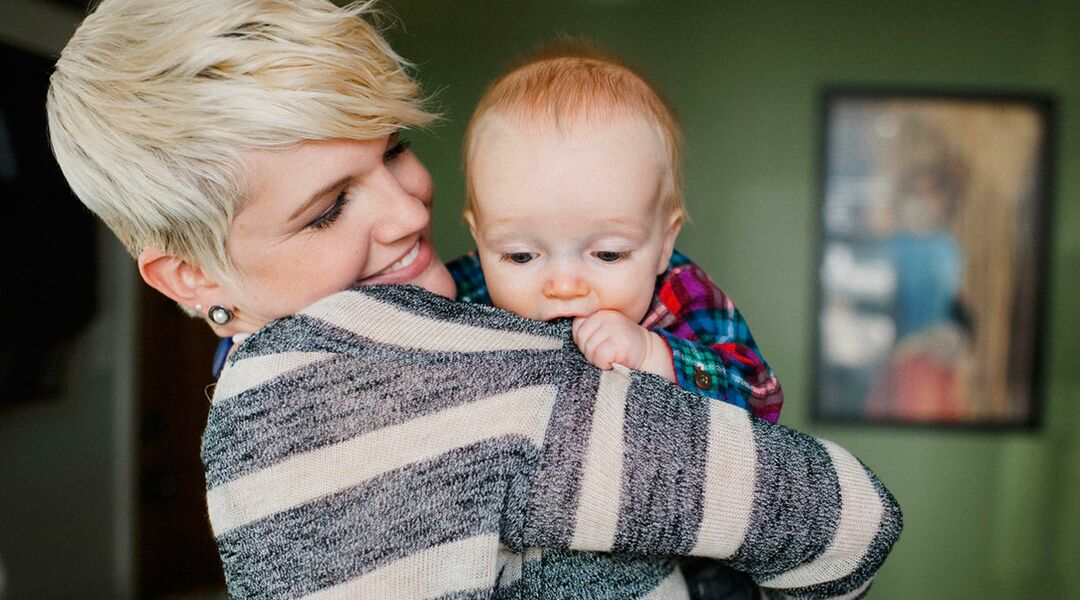 In an article entitled " The Economic Case Against Extended Maternity Leave", writer Vickie Elmer reiterates the facts that new research has presented: Extended maternity leave offers no benefits to a child’s welfare, the economy, or workforce continuity than a shorter one. Basically, what it all boils down to, researchers say, is that women (and moms, in particular) don’t need extra months or even a year off with pay to breastfeed and bond with their babies. (On the count of three, everyone: One, two, three, LOL!)

Released by the National Bureau of Economic Research, scientists looked at how incremental increases in the length of a mom’s paid leave in Norway have influenced the economy. Researchers found that very long maternity leaves don’t rock the boat in favor of moms taking the extra time off. “Even modest expansions,” the researchers write, “from 18 week to 20 weeks, or from 20 to 22 weeks, have no significant effect on outcomes.” The “significant outcomes” researchers were looking for were things like: More taxes paid, higher incomes, better educational achievements in children. And by looking at the Norwegian model, researchers decided: It’s not worth it.

According to the researchers, more paid time off for new mothers actually ends up costing taxpayers more — and it also brings down the country’s “economic efficiency.” They even noted that just one extra week of paid time off cost Norway’s taxpayers $687 in 2010. So, to turn out numbers for a full year’s absence from the workforce: Moms are really costing taxpayers an estimated $1 billion. Shame on moms, then, right? Wrong.

A writer for the HuffingtonPost.com wrote in response to the research, “Who said economics is the reason to provide leave? Yes, there ARE economic incentives (increased employee retention, for instance) but even if there were not, our most important choices as a society are made for reasons that transcend the financial. By way of example, child labor laws and workplace safety regulations did not come about because they were good for business, but because they were good for workers.”

What the National Bureau of Economic Research did not add, however, is that previous studies performed at the bureau have shown that longer leave is linked to better long-term health for kids and hell, even lower rates of depression in moms. Hard not to see the benefit of that to a society, isn’t it?

But let’s not think about the “benefit” moms owe society for taking leave. Instead, let’s think about how a longer leave actually works for moms. Here’s what some of our moms said:

“After I had my son I felt that I could probably physically go to work and sit at my desk after two weeks (I had an uncomplicated vaginal delivery).  But, that doesn’t take into account breastfeeding - my son didn’t take a bottle until about 6 weeks so I couldn’t really have left him before that.  My sister had a very complicated c-section which was followed by an infection and a follow up surgery.  I don’t think she was physically well enough to even consider going back to work until about 12 weeks.  Baby bonding and when you feel emotionally ready to go back to work is a completely different story.  I went back to work after 12 weeks and it was extremely painful to leave my son - for months.  He is 17 months now and I still rush home at the end of every day to see him.  When I have a day where I don’t see him (I leave for work before he gets up and rarely, but occasionally, don’t get home until after he’s in bed) pretty much still break my heart.  (They require a lot of looking at pictures and videos on my phone.)  But there are people who are really ready to go back to work at the end of their leave.” — Natalie*

“I say take as much time as you possibly can.  I was still a complete hormonal mess struggling with sleep and breastfeeding at 12 weeks, so going even that soon would have been really hard for me.” — Hannah

“I’m a first-time mom so I have no clue how much time I should take off to physically recover and bond with baby, but the cut to my pay makes me feel like financially I’ll have to go back to work sooner than I hoped. Any thoughts?” — Sarah

“I took 4 months off. My advice to other moms?: Take as much time as you can. Your kids need you more than an office does!” — Christine

“I’m all for mandated paid maternity leave for full-time employees, but I’d be happy just to be eligible for short-term disability if it meant I could be with my kids. I don’t know how the government gets away with it but for some reason my work won’t honor it for birth. This baby isn’t magically coming out of my womb with fairy dust from unicorns, I’m pushing it out of my vag which will result in physical complications that will linger for several weeks causing me to be unable to work.” — Rose

“There are huge public health and poverty implications all wrapped up in women either having to quit their jobs due to no leave or leave their babies with caregivers too early - and in the same way we know that the US’s low rates of breastfeeding are attributed to terrible leave programs, we know that long term health and wealth/employment rates for women are often tied to leave programs. Those affect all of us.”— Finley

In other words: Longer leave works for moms.