Trying to get pregnant? Then it's a good time to brush up on your fertility (and infertility) vocabulary. 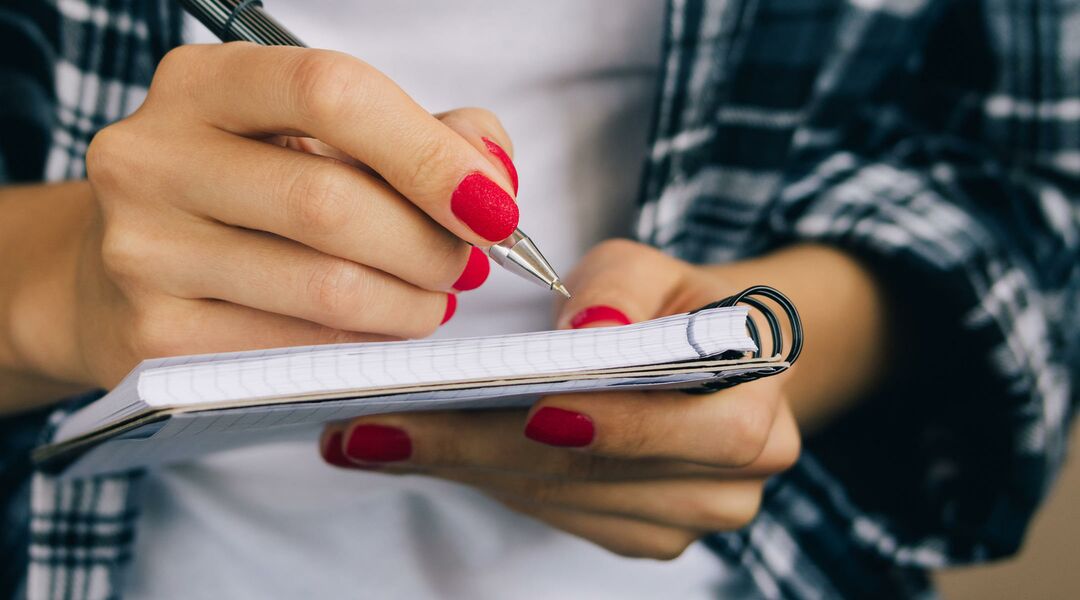 Amenorrhea: This is the absence of menstruation. A woman is considered to have amenorrhea when she has missed her period for three or more months in a row.

Aneuploidy: Aneuploidy means there are an abnormal number of chromosomes in a cell. This mutation could cause miscarriage or health problems for baby.

Anti-Müllerian hormone (AMH): If you go for fertility testing, your doctor may check your blood’s AMH levels to make sure your ovaries are still producing eggs.

Assisted reproductive technology (ART): Fertility treatments and procedures that involve surgically removing eggs and combining them with sperm (outside the body in a lab setting) to help you get pregnant are referred to as ART.

Azoospermia: This male fertility problem refers to when a man’s semen contains extremely low levels of sperm or none at all. It’s still possible for some men with azoospermia to have biological children with help from a sperm harvesting procedure.

Basal body temperature (BBT): Your morning body temperature before you get out of bed, and typically your lowest temperature during the day. Using a basal thermometer to chart your BBT is a good way to determine when you’re ovulating, since BBT increases by about half a degree in nearly all women following the release of an egg, indicating that you’ll be most fertile in the next two to three days.

Blastocyst: Five to six days after a zygote is fertilized, it enters the uterus and is now called a blastocyst. For the next few days, the cells in the blastocyst continue to divide before it implants into the uterine wall.

Cervical mucus: Secreted from the cervix, mucus production is stimulated by the hormone estrogen in the first part of your monthly menstrual cycle. That’s why many TTCers check their discharge for signs of cervical mucus—it clues them in on when they might ovulate.

Clomiphene citrate: You might know this as Clomid, a fertility drug that’s used to trigger the follicle-stimulating hormone (FSH), which can jump-start the ovulation process.

Corpus luteum: After an egg is released during ovulation, the structure it leaves behind is called the corpus luteum. It produces progesterone, which prepares the body for a healthy pregnancy by thickening the walls of the uterus. If an egg isn’t fertilized by sperm during a woman’s monthly cycle, the uterus lining stops thickening and you’ll shed the corpus luteum during your next period.

Egg Donation: In this fertility treatment, an infertile woman uses donated eggs, taken from a fertile woman, to do an ART procedure.

Embryo: Once a blastocyst implants in the wall of the uterus, it continues to develop. Ten to 12 days after fertilization, the amniotic sac forms and the blastocyst is now considered an embryo for the next eight weeks.

Embryo donation: Sometimes embryos (unused from other reproductive procedures) are donated to other women, so they can try using ART to get pregnant.

Embryo transfer: After IVF and anytime between day one to six after the retrieval of the egg, a woman returns to the fertility clinic to have the embryos transferred into her uterus with the goal of implantation.

Endometriosis: In this health condition, tissue that’s normally inside the uterus grows in other places, like on the fallopian tubes and ovaries. This can cause bleeding, scarring, pelvic pain and infertility.

Endometrium: This is the tissue lining the inside of the uterus.

Estrogen: This female sex hormone is key to the menstrual cycle. It makes a woman’s eggs mature and causes her endometrium to start thickening to prep for pregnancy each month.

Follicle-stimulating hormone (FSH): This hormone is a key part of reproduction for both men and women. In men, it stimulates sperm production and keeps it going. In women, it matures egg follicles—that’s why having high levels of FSH (over 10 to 15mIU/mL) could mean you have few eggs left and may have trouble conceiving.

Gamete intrafallopian transfer (GIFT): This ART procedure extracts a woman’s eggs, mixes them with sperm and immediately uses a catheter to place them into her fallopian tube to fertilize.

Gestational carrier: This is sometimes also referred to as a surrogate, but the two terms actually have different meanings. Unlike traditional surrogacy, in which the carrier is genetically related to the child, this is a woman who gets pregnant with someone else’s baby. A couple dealing with fertility problems might have their embryo implanted in a gestational carrier’s uterus, and she carries the child through to delivery, even though she has no genetic relationship with it.

Human chorionic gonadotropin (HCG): Known as the pregnancy hormone, HCG helps support egg development after one is fertilized and becomes attached to the uterine wall. Home pregnancy tests are designed to recognize its presence through urine, which is what determines a positive result.

Human embryo cryopreservation: Also known as embryo freezing, this procedure preserves embryos for use in a later IVF cycle by storing them at very cold temperatures.

Hysterosalpingogram (HSG): If your doctor suspects your fallopian tubes could be blocked, you might get this X-ray test in which dye is injected into the cervix to show where any blockage might be. As the dye moves through your tubes, you may feel cramping that’s similar to what you experience during your period. The process normally takes 15 to 20 minutes, and you typically get results at the time of the procedure.

Implantation: Within 6 to 12 days after an egg becomes fertilized, it attaches (or implants) to the lining of the uterus. In some women it also triggers a day or two of cramping and spotting, known as implantation bleeding.

Intracytoplasmic sperm injection (ICSI): In this IVF procedure, which takes place in a lab, a single sperm is injected directly into an egg. The fertilized egg would then be implanted into a woman’s uterus or fallopian tubes.

Intrauterine insemination (IUI): This is when sperm are placed directly into a woman’s uterus right around the time she is ovulating in the hopes of boosting her odds of conceiving.

In vitro fertilization (IVF): This ART procedure involves removing eggs from a woman’s ovaries and fertilizing them outside her body in a laboratory setting. The resulting embryos are then transferred into the woman’s uterus through the cervix.

LH surge: During your menstrual cycle, once an egg is mature and estrogen levels reach a certain point, LH is released, which helps the egg break through the follicle. You can use an ovulation predictor kit to detect this surge (typically between days 12 and 16 of your cycle) and know that ovulation is likely within the next 12 to 24 hours.

Oocyte cryopreservation: This procedure, also known as egg freezing, refers to the process of a woman’s eggs being extracted, frozen and stored for a later date. When a woman is ready, they can be thawed and fertilized with sperm to (hopefully) create an embryo that can be implanted in a uterus.

Ovulation: Ovulation is the term used to define the release of an egg (usually one, though sometimes more) from a woman’s ovary. It typically happens on day 14 of a 28-day menstrual cycle.

Preimplantation genetic diagnosis (PGD): PGD is a procedure following the IVF process that extracts one or two cells from the embryos to screen for diseases and disorders. Ones that are free of genetic problems will be placed back in the uterus with the hopes of successful implantation.

Premature ovarian failure: When a woman in her childbearing years has irregular periods or no periods at all, it’s sometimes caused by ovaries that aren’t functioning normally. If your ovaries fail, it means they aren’t producing correct amounts of estrogen or regularly releasing eggs.

Progesterone: This hormone helps to improve the condition of the endometrium, making it more receptive to implantation.

Reciprocal in vitro fertilization: A popular process for lesbian couples that allows both partners in the relationship to play a role in the conception. Eggs are retrieved from one partner and inseminated with donor sperm. The resulting embryo(s) get placed in the other partner, who then hopefully becomes pregnant.

Reproductive endocrinologist: An RE is an ob-gyn, board-certified by the American College of Obstetricians and Gynecologists (ACOG), who has taken an additional three years of training to specialize in reproductive endocrine disorders and infertility. She’ll assess your medical needs and suggest and implement appropriate methods that will hopefully help you get pregnant.

Semen analysis: The microscopic examination of sperm that helps determine the number of sperm (sperm count), their shapes (morphology) and their ability to move (motility).

Sperm donation: This is when a donation of sperm is made to help a woman get pregnant. Once collected, it’s injected into a woman’s reproductive organs in a process called intrauterine insemination or used to fertilize mature eggs in a lab.

Surrogacy: In traditional surrogacy, a woman is artificially inseminated with the sperm of a man who is not her partner in order to conceive and carry a child to be reared by the biologic (genetic) father and his partner. In this procedure, the surrogate is genetically related to the child. The biologic father and his partner must usually adopt the child after its birth. (For gestational surrogacy, see gestational carrier, above).

Testicular sperm extraction (TESE): This minor surgical procedure involves the removal of a small sample of testicular tissue in order to retrieve sperm for use in an IVF cycle.

Testosterone: A male sex hormone produced in the testicles and aids in the production of sperm.

Urologist: A physician who specializes in the treatment of disorders and diseases related to male and female urinary organs and male reproductive organs.

Varicocele: This cause of male infertility occurs when varicose veins are present in the blood vessels above the testes.

Zygote: The fertilized egg in the fallopian tube.

Zygote intrafallopian transfer (ZIFT): Also known as a tubal embryo transfer, this ART procedure transfers a fertilized embryo directly into the fallopian tube instead of the uterus, which is what happens during IVF. It tends to be more successful than GIFT, since the egg is already fertilized, but is also a more invasive treatment.