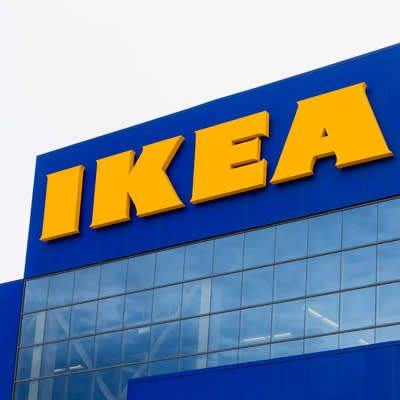 Bow down, parents: This dad has just become the DIY nursery king.

More specifically, when he tackled this project last year (it’s only now gaining traction thanks to Reddit) Eric Strong was helping his son transition out of nursery-mode. It wasn’t easy for the boy to leave his crib, and he had one stipulation: he needed the “most awesome” bed ever.

After creating a lofted bed complete with a slide, secret door, ball run and pulley system, this clever dad perfected what he calls an ‘Extreme IKEA Hack,’ or  “an IKEA hack in which one or more components has been used in a way that is completely different from the original intent.”

Examples? The Trofast storage system, while still used as a storage system, now supports a slide. The Besta shelving unit doubles as a clever bookcase door, which reveals a secret hideout for Strong’s son under the lofted Kura bed. And a second Kura bed was dismantled and repurposed for necessary extra lumber and parts.

What we’re going to need to see next is a reaction video from this lucky toddler. Transitioning from a crib to a bed isn’t easy. And now getting this kid to leave his room won’t be, either.

Pandemic Woes: Why Toddlers Are Refusing Their Naps (and What to Do)