How to Spot and Treat Meningitis in Children

Your child isn’t likely to get meningitis, but if she does, you’ll need to take fast action. Here’s what to know about meningitis in children and how to treat it. 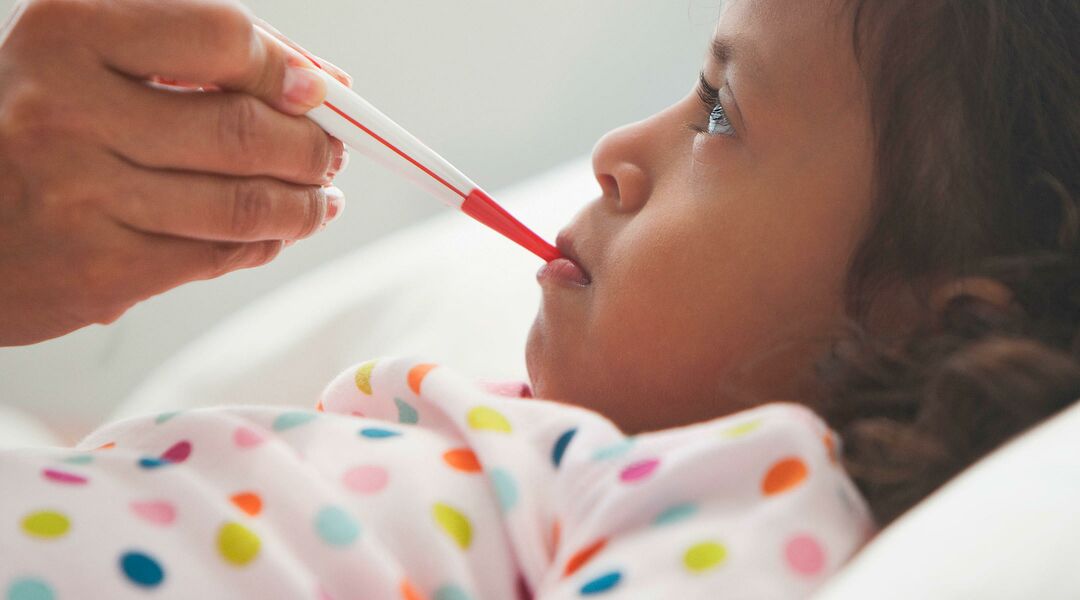 Meningitis in children isn’t widespread, but certain forms of the disease can have deadly consequences. The good news? With a timely diagnosis and the right medication, kids can make a full recovery. Here’s what to know about the causes of meningitis in children, how to spot the signs and get your kids the treatment they need.

Meningitis is an inflammation of the membranes—called meninges—that cover the brain and spinal cord, generally caused by either a virus, bacteria, fungus or parasite. “This usually happens after a child has an infection in another part of the body and the germs travel through the blood or another route to the meninges,” says Vijaya Soma, MD, a pediatric infectious disease specialist at Children’s Hospital at Montefiore in the Bronx, New York.

Meningitis in children can have potentially serious, even fatal, consequences, but thankfully it’s not as common as it used to be: The National Meningitis Association estimates that about 600 to 1,000 children and adults contract meningitis each year in the US—historically the lowest rate it’s ever been, due in part to the prevalence of vaccines.

Types of meningitis in children

There are several types of meningitis in children, each with a different set of potential side effects:

• Bacterial meningitis. This type of meningitis is caused by—you guessed it—bacteria and tends to be the most severe, leading to permanent health issues such as hearing loss, brain damage, learning disabilities, loss of limbs and even death, says Robin Jacobson, MD, a pediatrician at Hassenfeld Children’s Hospital at NYU Langone in New York.

• Viral meningitis. Sparked by a virus, this form of meningitis is the most common and usually the least dangerous. But don’t be fooled; it can still do a number on your child and needs to be taken just as seriously as bacterial meningitis.

• Fungal meningitis. It’s possible for meningitis to result from fungus spreading through the bloodstream to the spinal cord, although it’s very rare in the US. This form of the disease isn’t spread from person to person, but those with weakened immune systems, like premature babies, are more susceptible.

Viral meningitis usually crops up between late spring and fall, when viruses tend to be on the move. “Most viral meningitis cases are spread by contact: saliva, not washing hands, kissing, etc.,” says Chan Lowe, MD, chief of pediatric hospital medicine at the University of Arizona/Banner Children’s at Diamond Children’s Medical Center. The flu, mumps, measles and West Nile can all lead to a case of meningitis—but of course, just because your child comes down with one of these viruses doesn’t mean he’ll develop meningitis; in fact, the chances are pretty small.

Some babies can also contract viral meningitis if their mother had the herpes simplex virus (HSV). This is where some of the more serious cases of viral meningitis are seen. “Moms who know they have HSV need to make sure their OB knows, so they can protect the baby,” Lowe says. HSV is also what causes those annoying cold sores, which can also contribute to the spread of meningitis.

Bacterial meningitis can be spread in many of the same ways as viral meningitis, as well as through contaminated foods and little droplets that are released when someone coughs—so it’s important to keep babies and toddlers away from those who are sick.

That depends on the type of meningitis. Fungal and parasitic meningitis aren’t transferred from person to person, but viral and bacterial meningitis are definitely contagious, especially in people with lower immune systems.

It can sometimes be tricky to spot meningitis symptoms in children, since many are similar to the average flu. Plus, both bacterial and viral meningitis can prompt the same set of symptoms, so differentiating between the two is nearly impossible without medical tests. That said, there are some standard meningitis symptoms to look out for:

If your child exhibits these symptoms, flag them to your pediatrician, who may issue a diagnostic test for meningitis.

How to Test for Meningitis in Children

If a doctor suspects meningitis in children, a spinal tap is the most common test used to confirm a diagnosis and determine whether it’s a bacterial or viral case. To perform a spinal tap, the doctor will insert a long, thin needle into the back to extract fluid, which is then cultured. The results will identify the type of meningitis and help the doctor plan an appropriate course of treatment.

Treatment for Meningitis in Children

How meningitis in children is treated will depend on whether it’s viral or bacterial. “Babies and toddlers with meningitis will most likely be hospitalized for a couple days,” Lowe says. If the disease is caused by HSV, babies may stay in the hospital for up to three weeks. Otherwise, older kids with viral meningitis will likely be sent home, where parents can give ibuprofen and Tylenol (to those older than 2 months) to ease discomfort. The illness typically resolves on its own within seven to 10 days.

Many cases of meningitis in children are prevented these days thanks to vaccines given to combat infections that can, in turn, cause meningitis. The Hib (Haemophilus influenzae type B) vaccine and the pneumococcal vaccine, for example, are both given to kids in infancy and are credited with helping to lower the rate of meningitis. There is a vaccine to protect against meningitis specifically, known as the meningococcal vaccine, but it’s typically not recommended for children younger than 11.

A simple way to prevent meningitis? Wash your and your children’s hands! Avoiding people when they’re sick and coughing will also help keep you and your little ones away from viruses and bacteria.