5 Common Baby Tummy Troubles and How to Help

From spit-up to the runs and everything in between, here’s how to spot the worst offenders and soothe baby’s pain.
facebook
twitter
copy link
share
save
ByElena Donovan Mauer
UpdatedNov 2017 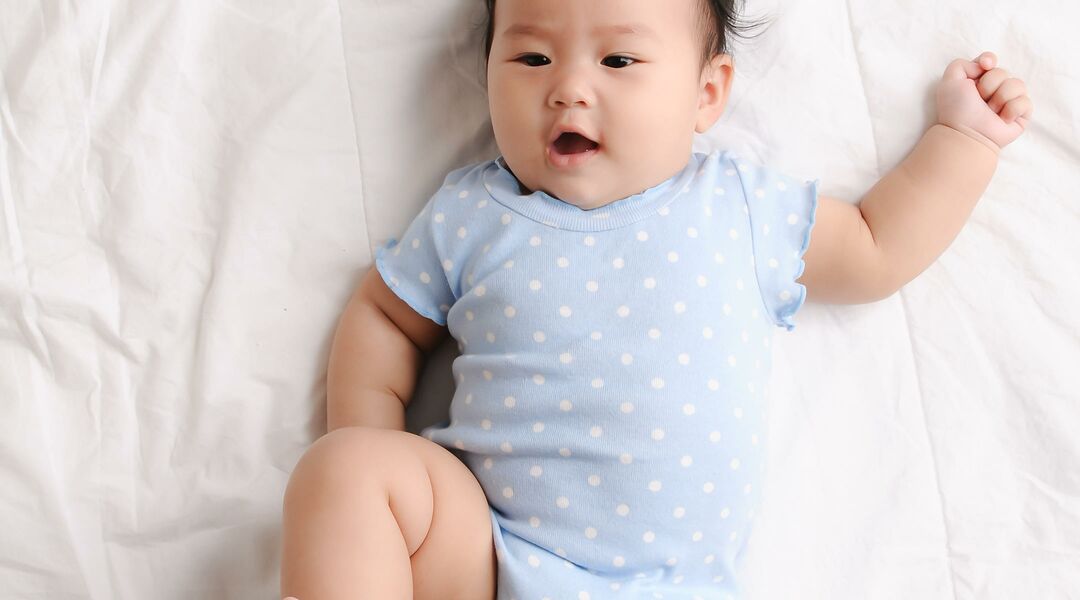 When baby arrives into the world, his digestive system is especially busy, learning to process nutrients and waste as baby eats and drinks. What’s more, that system is still developing, so it’s no wonder some tummy troubles tend to pop up. Whether baby is super-cranky or braving the icky symptoms like a soldier, learn how to spot these common culprits so baby can feel better in no time.

What it is: Air can get into baby’s belly and, as she’s digesting, get stuck. “Think of it like a balloon of air in the intestines,” says Cheryl Wu, MD, a pediatrician at LaGuardia Place Pediatrics in New York City. “It causes pressure, which can be painful.”

What can cause it: Doctors aren’t 100 percent sure why babies are so prone to gas, says Wu. It might have to do with their immature GI tracts. (Remember those first black meconium poops in the hospital? That was the first time baby pooped. Ever. His body’s still figuring out how to do it right.) Gas is totally natural—it gets produced by the normal bacteria that live in baby’s gut. Crying, fussing and bottle-feeding can all put extra air bubbles there too.

How to spot it: If baby has gas pain, his belly might look inflated, or he might be arching his back or squirming a lot because it’s uncomfortable. Baby’s probably fussy too, which can make the gas even worse, since he could swallow a bunch of air while crying. Usually, gas pain is at its worst when baby is about 6 to 8 weeks old. But know that gas pains aren’t usually cause for medical concern, and soon baby will outgrow getting them so badly.

How to help: Try to get the gas out: Lay baby down and gently bicycle his legs forward and backward, and try pushing his knees to the chest, repeating several times. “I like to sit a baby on my lap facing away from me with his legs crossed and his back against me,” says Wu. “Then I pull his legs toward him.” If that doesn’t help, you can try infant simethicone drops, which are available over the counter—they work for some babies, but not for others, and they’re completely safe. If your doctor gives you the go-ahead, a glycerin suppository could help too. (Nope, it doesn’t hurt baby.)

What it is: We’re sure you know what this is, because you’ve probably been slimed many times already. Doctors refer to spitting up as “ reflux” or gastroesophageal reflux (GER).

What can cause it: Chalk it up to an immature digestive system. The valve that closes the stomach off from the esophagus and prevents food and drink from going back up isn’t as strong in babies as it is in adults. The result? Baby’s food can easily make a reappearance—especially when she eats too much or too fast.

How to spot it: Spitting up is just spitting up, as long as baby seems perfectly content afterward. “Some babies just happen to be more spitty than others,” says Wu, who explains that it’s only a medical problem if baby’s coughing, choking, gagging, turning blue or has poor weight gain, or if it’s intense, projectile vomiting. In those cases, you should take baby to the pediatrician—it could be gastroesophageal reflux disease (GERD) (see below) and require medical treatment.

How to help: Work on prevention. Stop halfway through a feeding (when you switch breasts or baby’s had half the bottle) for a burp so baby has extra time to digest and you get excess air out before it gets stuck in there. Then burp baby at the end of the feeding too. If you’re having trouble getting the burp out, try some different positions, says Wu. “Lean baby forward, or lay her on her side, patting her on her side,” she says. “You can also lie her on her stomach to pat her back.” Also try keeping baby upright for about 20 minutes after the feeding, while she’s digesting.

Other than that, there isn’t much more you can do. If you’ve got a frequent spitter-upper, accept that you’re going to have to be super-prepared with extra clothes, bibs and burp cloths when you take baby out. You’ll probably do a ton of laundry too. It’s a pain, but temporary—it usually gets better when baby is around 6 months to one year old.

What it is: GER that’s more severe is called GERD (gastroesophageal reflux disease). Baby’s doctor may diagnose him with GERD if frequent spitting up is causing pain or health problems (like the ones we mentioned above). “About one-third of babies have GER,” says Wu. “And one-third of those have GERD.”

What can cause it: Same reason as spitting up, only some babies just happen to get it worse. As baby’s muscles get stronger, it will happen less and less, but for now, it can really hurt him.

How to spot it: Babies with reflux disease are in terrible pain, so they tend to cry a lot during or after feedings, or they have obvious symptoms like coughing, wheezing, gagging or choking. “Parents are usually pretty good at knowing something’s wrong,” says Wu. So trust your instincts and take baby to the doctor if you suspect the problem could be GERD.

How to help: Frequent burping and keeping baby’s head elevated after a feeding can help. If baby doesn’t move a lot in his sleep, try putting a book or pillow underneath the mattress so his head is lifted at about a 30-degree angle. Baby’s pediatrician may put him on an H2 blocker medicine (like Zantac in liquid form for infants, available by prescription) to reduce stomach acid so baby’s less irritated by what’s being spit up. If baby turns blue or is having trouble breathing, take him to the hospital right away.

What it is: It’s not what you probably think—babies can poop anywhere from 8 to 10 times a day to once every 7 to 10 days and still be considered just fine, as long as they’re not uncomfortable. Rather, constipation is about them having trouble pooping when they actually have to go.

What can cause it: Baby can get constipated when you switch to a new food, like from breast milk to formula, formula to regular milk, or when you introduce new solids.

How to spot it: Keep an eye on consistency: “If baby is constipated, the poop will come out as hard little balls,” says Wu. “Or he’ll be farting a lot and will be straining to try to poop.” Also, beware of black, red or maroon baby poop, which could mean there’s blood in it. Blood could be a sign of something more serious, so call baby’s doctor if you see it. Yellow, green and brown poops are A-OK.

How to help: First, ask baby’s doctor to recommend a treatment. Depending on baby’s age, the doctor may say it’s okay to give baby some apple or pear juice (up to 1 oz. a day for every month of life up to four months). Or—if and only if baby’s doctor okays it—you may want to use an over-the-counter infant glycerin suppository, which you can find at your local drugstore. It might create the lubrication baby needs to pass the poop.

What it is: Diarrhea in babies refers to frequent, loose, really watery stools. Diarrhea is scary in babies because it can cause them to become dangerously dehydrated.

What can cause it: Diarrhea usually only happens if baby’s exposed to a virus (maybe through a big sibling) or if she’s eaten something that was contaminated or spoiled, though certain foods can also cause a problem (more on that below). But since most parents feed their babies washed, cooked foods, food poisoning isn’t as likely a cause as a pesky virus.

How to spot it: Normal poop in babies, especially if breastfed, tend to be runnier than the normal poop in adults—so don’t mistake that for the big D. What you’re looking for is an “excessive watery stool,” says Wu.

How to help: Since baby is losing the fluid she needs, diarrhea requires a visit to the doctor, says Wu. The pediatrician will weigh baby to make sure she’s not losing weight and try to detect the source of the problem so baby can be treated accordingly. You can also ask your doctor about giving your child an electrolyte solution, such as Pedialyte, to prevent dehydration. If baby has been eating solids, you can try feeding foods known to help stop diarrhea, known as the BRAT diet: bananas, rice, applesauce and toast. Make sure baby’s drinking plenty of liquids (breast milk or formula) and is wetting at least four to five diapers a day if he or she’s an infant (as opposed to the three to four for toddlers).

There are also some things you can do to prevent baby from getting the runs in the first place. First, don’t get misled by those juices sold in the baby aisle of the grocery store. “Juice can give babies diarrhea because all its sugar causes the gut to excrete more water,” says Wu. Second, she encourages parents to have their babies vaccinated against rotavirus, a virus that can cause diarrhea and vomiting. The vaccine is given in two or three doses, starting before 3 months of age.