The History of Mother’s Day Around the World

Find out how madres, mères and máithreacha are feted from Bangkok to London. 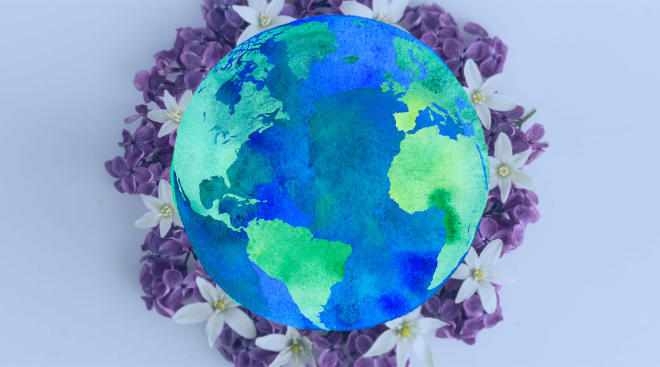 The history of Mother’s Day in the USA comes with deep-rooted traditions—breakfast in bed, beautiful flowers and heartfelt cards are all a standard part of the second Sunday in May. But that’s not the only way to celebrate the special women in your life. On Mother’s Day around the world, countries have their own ways of celebrating, and while some follow our break-from-housework, brunch-at-a-restaurant playbook, others have surprising, less familiar Mother’s Day history.

While many like to refer to special days of celebration throughout the year as “Hallmark holidays,” the origin of Mother’s Day dates back to before the card company was even established.

Following the death of her beloved mother in 1905, Anna Jarvis sought out a way to honor both her mother and all mothers everywhere. On the second anniversary of her mother’s death, Jarvis held a service in her mother’s tribute at church.

The history of Mother’s Day begins on May 10, 1908, despite it not yet being an official holiday that year. The day was marked by small events in Grafton, West Virginia, and celebrated in Philadelphia, where Anna Jarvis resided. At the church where her mother taught Sunday School, Jarvis sent 500 white carnations—her mother’s favorite—to be worn by the sons and daughters in their mother’s honor.

Anna Jarvis spread the word of Mother’s Day by writing countless letters and creating campaigns to draw attention both in the US and around the world. It became a full-time pursuit, and the holiday was officially approved by Congress in 1914.

Within years of her hard work trying to establish Mother’s Day as a recognized holiday, Anna Jarvis took on a new pursuit to end Mother’s Day, feeling it had become too commercialized. She fought and petitioned against the floral industry, greeting card companies, the United States Postal Service and charities that used the holiday for fundraising. Jarvis was not as successful in ending Mother’s Day as she was with creating it. Though it would likely pain her to know, today she is still regarded as the “Mother of Mother’s Day.”

Mother’s Day Around the World

Despite Anna Jarvis’ efforts to end the holiday she first created, Mother’s Day in the USA is widely recognized as a day to put mom on a pedestal. While the American history of Mother’s Day often includes showering mom with bouquets of flowers, pampering gifts of sweet-smelling soaps, lotions and candles and toasting mimosas over a hearty brunch spread, Mother’s Day around the world doesn’t always look the same. From the date to the festivities, Mother’s Day celebrations around the world are a testament to moms everywhere .

Cue the mariachi music, which is the soundtrack of Mexican Mother’s Day, also known as Día de la Madre. Families hire bands to come perform at their homes on May 10 when the holiday is celebrated annually. Moms request their favorite songs and are treated to serenades (like “Amor de Madre”) that are about—who else?—mom. Mothers eat well, too; Mexican Mother’s Day history dictates a traditional breakfast of tamales and atole, which is a hot drink made from corn.

Anna Jarvis may have thought she was ahead of the game in honoring moms on a special day, but the United Kingdom reigns supreme in the history of Mother’s Day, with dedicated days dating back to the 17th century. Held on “Mothering Sunday,” which takes place the fourth Sunday of Lent, Mother’s Day UK honors not only British mums but also the Virgin Mary. Mothering Sunday began centuries ago as a day when Christians traveled to their mother church (the main church or cathedral of the area) to worship, and children working away from home were given a day off to visit their mothers. Today, moms are pampered much like those on this side of the pond, but the day often includes a traditional simnel cake—a spiced cake made with dried fruit and topped with marzipan balls.

Recognized on the last Sunday in May, Mother’s Day in the Dominican Republic is further proof of the country’s passion for life and celebrating special occasions. Instead of small gatherings of just mothers and their children, Dominican Mother’s Day history details a larger festive occasion. Entire families travel far and wide to honor multiple generations of mothers, as well as spend quality time with all family members by eating, drinking and dancing.

Rich in culture and traditions, India is known for its famous festivals taking place all year long, with many being days-long events filled with feasting, donning colorful clothing and applying bold powdered hues. Celebrated on the second Sunday in May, India’s festivities are similar to the US traditions. Children present cards to their mothers as well as cook her favorite foods. Indian Hindus have long held festival in October called Durga Puja, which celebrate the goddess Durga, also known as the “Divine Mother.” During this 10-day celebration, people fast, feast and pray in addition to sing, dance and perform cultural dramas.

Called “Dzień Matki” in Poland, Polish Mother’s Day history dates back to 1923 in Krakow, though the celebration didn’t really take off until the years following World War II. It is now annually celebrated on May 26, with schools hosting special events where children present their moms with sheets of paper known as “laurki,” decorated with flowers and special messages of love. Mother’s Day is an official holiday in Poland, so shopping and eating out isn’t an option. When family members come to visit their mothers and grandmothers, the festivities are held at home and gifts given include flowers and cake.

It’s only fitting that chrysanthemums are a traditional flower to give matriarchs on Mother’s Day in Australia—celebrated the same day as the US holiday. The blooms are in season during the country’s autumn, and they’re called “mums” for short, just like Aussie mothers. Another floral favorite for Mother’s Day in Australia are carnations. Aussies wear colored carnations if their mothers are living and white carnations if their mother are deceased.

Mamans get a day of pampering and relaxation when celebrating French Mother’s Day in late May or early June, depending on when Pentecost falls. First declared a national holiday in 1950 by Napoleon, “Fete des Meres” today has become a holiday where mom gets to kick back while the children wait on her. In addition to doing chores for mom, French Mother’s Day includes her receiving gifts and a big meal to end the joyous day of mom. Ooh la la!

Chosen for the birthday of Thailand’s Queen Sirikit, who is fondly considered the symbolic mother of the country, Wan Mae (Thai Mother’s Day) is celebrated on August 12. Leading up to the public holiday, Thais celebrate the queen by displaying shrines and portraits of her, and day-of festivities include firework shows and candle lighting ceremonies. Ordinary moms aren’t forgotten, either—children often honor their own mothers by giving alms to monks and presenting mom with white jasmine flowers, which represent maternal love.

Our neighbors to the north celebrate Mother’s Day much as we celebrate Mother’s Day in the USA. Held on the same day, Canadians take advantage of slightly nicer weather than their norm (i.e., no snow) and treat mom to a day out for brunching, lunching or dining on a feast she doesn’t have to prep herself. Family members pitch in more on Mother’s Day in Canada to let mom relax from her normal chores. And in addition to similar cards and gifts presented to moms everywhere, Canadians also treat mom to special cookies and cakes, as well as wear carnations in mom’s honor.

The history of Mother’s Day in Ireland is similar to their UK cousins, with the holiday falling on “Mothering Sunday” or the fourth Sunday of Lent. In the same way as the UK, domestic service meant many children live away from their families, and Mothering Sunday is a day when they return home, also known as “going-a-mothering.” When visiting, children often bring a “mothering cake” to add to the festive day. The simnel cake is popular in Ireland as it is in the UK, but more modern times mean any baked good paired with spring flowers is an excellent Irish way to honor your “mam.”