She got on a plane without a baby and returned home a mother. 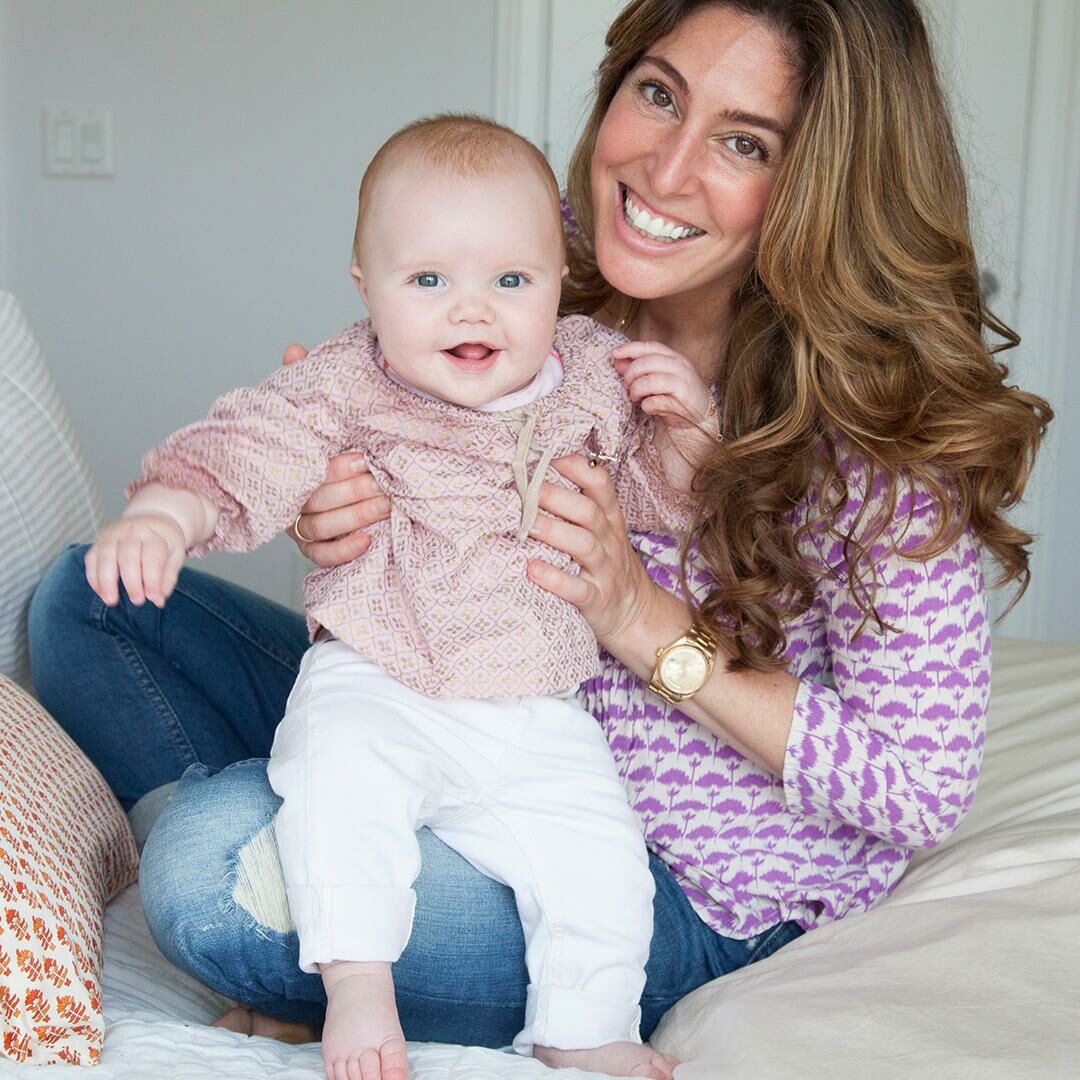 A successful, single Manhattanite in her forties, Jackie Cohen knew she’d find a way to start a family on her own. But she didn’t know she’d find a new calling and a new career opportunity along the way. Three years after an adoption story fit for a movie, Cohen finds herself with a boisterous, beautiful daughter and a sought-after jewelry line inspired by her. She’s sharing her story with The Bump to remind us that even the bumpiest roads to parenthood are worth it.

A couple of years ago, I was forty-something and single, never married. I was very happy; I had left a good career on Wall Street to move into my family jewelry business and life was going great—but I wanted a family. How do you do that if you’re single? The logistics are difficult.

I decided to find donor sperm and begin fertility treatment. My first attempt was intrauterine insemination (IUI). I did that five times and got pregnant on the fifth. But it was an ectopic pregnancy, and I was immediately scheduled for surgery to remove it. (Ed Note: An ectopic pregnancy is when a fertilized egg implants somewhere other than in the uterus, often in the fallopian tubes. When this happens, the fertilized egg can’t survive—and if left untreated, it can be life-threatening to the mother.)

After that, I was so angry at my body for not working. I took three months off from trying to get pregnant, and then went straight for in vitro fertilization (IVF). I did four cycles and each was very expensive. On top of that, the anticipation of a pregnancy test and the disappointment of a negative result was horrible. After I got my period for the fourth time, I gave up. My doctor said, “Jackie, you need to fight the fight!” But I had fought the fight. I was done.

But I still wasn’t giving up on becoming a mom. Adoption was the next logical move, but I didn’t know where to start. I didn’t personally know anyone who was adopted or whose kids were adopted—but I knew someone whose boss’s sister had adopted. So I tracked down her phone number, and found her to be extremely reassuring. She told me, “Jackie, you will have a baby.” Her adoption lawyer, who was based in California, referred me to a lawyer in New York, and from there things started to move quickly.

Setting the Plan in Motion

My lawyer told me to manage my expectations, since a single mother living in a Manhattan apartment isn’t the ideal candidate to be an adoptive parent. Someone selecting parents for their biological child is usually looking for the perfect little family with a white picket fence and a dog waiting for baby to come home. But I immediately got started on the paperwork to be approved by the state to adopt.

The next step involved a social worker coming to my house for an evaluation. I was terrified about presentation. Was my bathroom clean? Was I allowed to have gluten in the house? But as soon as she walked in she put me at ease, saying, “You’re going to get a baby fast.” She was this amazing spirit and played a huge role in helping me find my daughter.

In addition to an interview with a social worker, I needed to submit personal recommendations, income taxes and my fingerprints to the state. The approval process only took about a month. Now, I was free to place adoption ads all over the country. I put $13,000 into an advertising blitz, with the help of an adoption adviser who knew exactly which areas and outlets to pinpoint—like religious communities where abortion is discouraged, certain rural areas and states with better adoption laws. It was worth every penny.

The very first day my ad went live, I had a call with a prospective birth mother—and during that very first phone call, we made a connection. We talked for two hours. She was 22, this was her third child and there was no father in the picture. She knew she couldn’t take care of this baby. I asked if I could send her my “book”—a compilation of my information, photos and interests—so she could learn more about me. But this meant I had to ask if she was comfortable talking to my lawyer.

I was nervous for her response. The word ‘lawyer’ is terrifying to some of these birth mothers—they’re in crisis and they don’t have a lot of money. I assured her my lawyer was an unintimidating woman and that I was there for her and would take financial responsibility. She agreed, but hesitated. “I have one more thing to tell you, and I hope it doesn’t freak you out,” she said. “I’m due on Thursday.”

I was ready to jump on a plane. I’d buy clothes there! My lawyer had to calm me down and put things in perspective. The next step was to hire a lawyer in Indiana, where this young woman was from, to screen her and make sure she was indeed pregnant and not trying to scam me. He did so right away. My own lawyer cleared me to fly to Indiana for lunch and accompany her to a checkup with the stipulation that I had to have a plane ticket home. I couldn’t get my hopes up, because anything could happen.

I arrived in Indiana, took the birth mother to lunch and met her other children. We headed to a clinic for her checkup in the afternoon; my flight home was scheduled for that night. She had very high blood pressure and preeclampsia, so she was moved into the regional hospial to be monitored.

Two hours later, a doctor finally came in. As soon as he began her examination, he said, “There’s the baby’s head! We’re having a baby!”

I immediately called my mom and said, “Oh my God, we’re having a baby!” She jumped on a plane and arrived just as the baby girl was born, in time to see me cut the umbilical cord. The birth mother made it clear that I could hold her first. And that’s when I knew I would come home with a baby. If she had held her first, everything could’ve unraveled.

Per adoption rules, I stayed in the hospital for the next two days, since a birth mom has 48 hours to change her mind. It’s very scary. I only referred to my daughter as “the baby” during that time—I felt like if I gave her a name, I’d be too attached if something went wrong. It would make losing this beautiful nugget that I was already in love with even harder.

The hospital’s on-site therapist spoke with both the birth mother and me about the adoption process. The therapist could tell I was nervous and assured me everything would be fine. The birth mother had made her decision and believed she was doing what was best for the child.

The birth mother is the bravest person I have ever met, hands down. I can’t imagine doing what she did. It’s the most selfless thing. She must’ve loved that child so much, but knew she couldn’t give her a good life. I could tell she needed to give herself some separation from the baby; she was eager to get out of the hospital and even had a job interview lined up for the next day. I waited until after she was discharged to give my daughter a name: Julia.

After spending the 10 days in Indiana that’s legally mandated for intrastate adoptions, it was time to bring my 2-week-old baby home to New York. (I took her for a checkup first, where the hospital signed off on bringing her on a plane.) As my mom went to take a picture of Julia snuggled on me in my seat, I started to cry. She asked me why. “Because I’m going home!” I said. It was all so surreal. I came to Indiana praying for a baby and left with an angel on my chest. 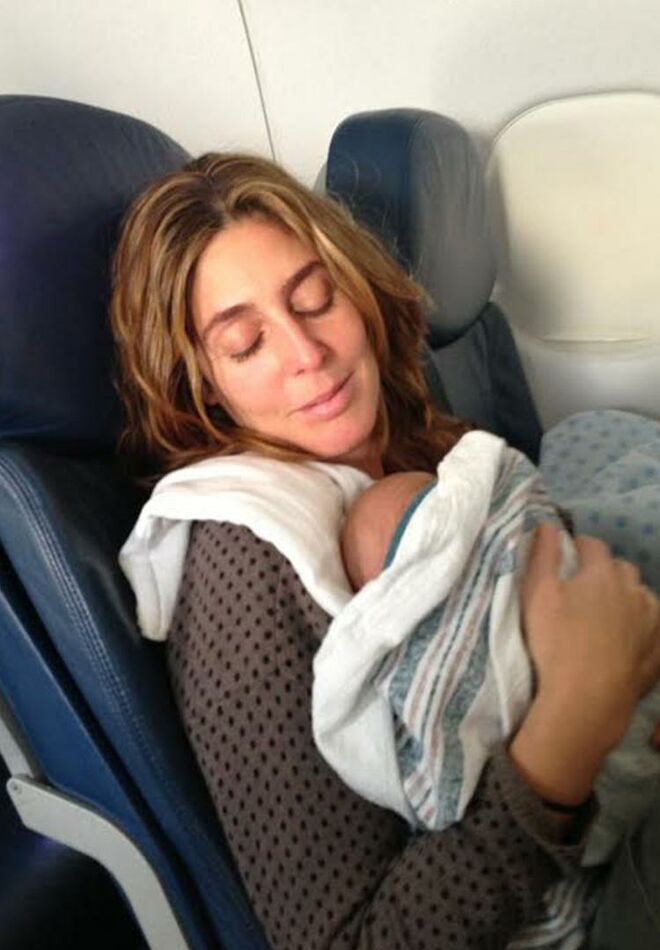 It Takes a Village

It was quite the scene when my dad showed up at the airport to pick us up. His car was jam-packed with Costco diapers, wipes—you name it. This kid has enough shampoo to last her through college. I came home to an apartment full of baby gear that my friends had shipped to me, since I obviously hadn’t created a registry. They were lifesavers.

At the same time, my business had just moved, and the party to christen our new space was slated for the day after I arrived home. It ended up being like my baby shower: Clients, friends and coworkers got me gifts. It was the best night of my life.

I ended up taking three months off from my job at the jewelry company, but spent some of that time making a little piece of jewelry to commemorate Julia. Nothing that was out there was my aesthetic. So I made myself a little ring with her birthstone and her name on the inside.

After I returned to work, I headed to a big jewelry show in Las Vegas and found that attendees were complimenting my ring. I’d tell them my story—I’d be crying; they’d be crying; we’d all be crying. And that’s when the inquiries started. People wanted the rings for their own babies, their grandmothers, their friends. And they wanted them in different colors. I was selling this thing without even trying.

My designs started expanding. I made a bar pendant necklace. I made little discs with initials. This all started inadvertently, but people were buying them! A buyer in Houston was the first one to encourage me to package and name this collection to make it more sellable. So I started brainstorming with my creative director. I didn’t want it to be too mom-centric, since everyone has a unique story. Mine just happens to be my daughter. And then we realized we had our name: My Story.

Because of My Story’s success, I decided we had to give back. So we started working with HelpUsAdopt.org, which gives up to $15,000 to all different types of families who are looking to adopt. I feel very passionate about helping other families be complete, and I feel very proud to be able to do it. It’s like my destiny to be an adoption cheerleader. I’ll never stop thinking about how lucky I am. People say I saved Julia, but she saved me too. 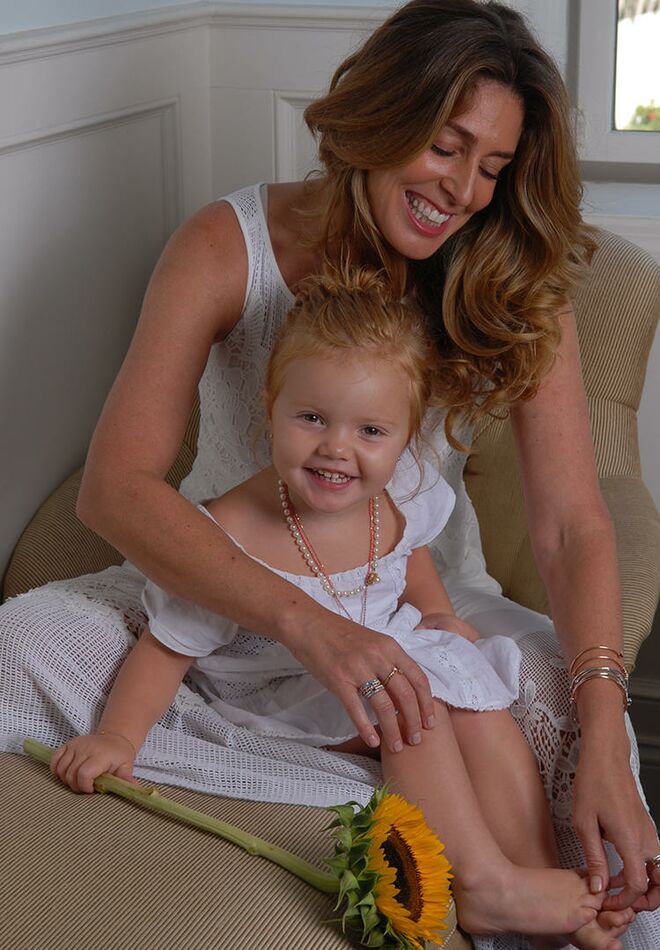 Can You Change Adoption Agencies
ADVERTISEMENT