What does breastfeeding look like? It's a question photographer Suzie Blake wanted to answer honestly. It's also the name of her new photo documentary project. Meet the women who let Blake into such an intimate moment with baby, even when it's anything but glamorous.
Save article
ByAnisa Arsenault
Associate Editor
UpdatedMar 2017 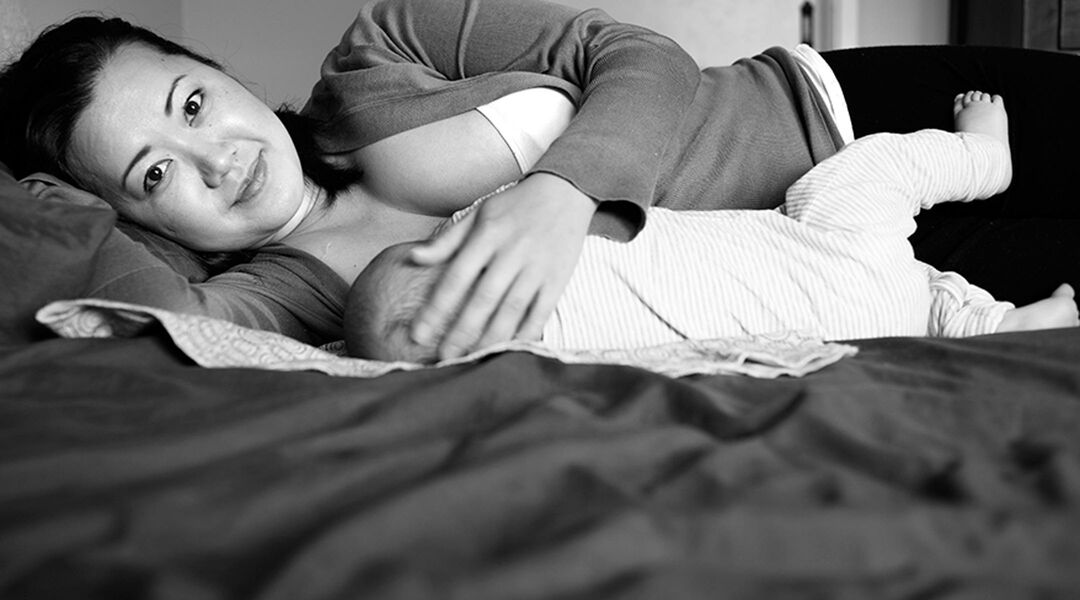 Sometimes celebrities like Alyssa Milano glam up to breastfeed. And sometimes nursing moms are transformed into goddesses. Both scenarios have their place, but Suzie Blake wants to offer another, more honest depiction of nursing. Enter her new project: What Does Breastfeeding Look Like?

“I think it’s great that women like Gisele Bündchen are being public about breastfeeding, but we mere mortals, we need to have a space to express what breastfeeding’s like for us.” Blake tells The Bump.

The Melbourne, Australia, artist and photographer decided she was tired of all the picture-perfect, stock-like depictions of breastfeeding.

So Blake took a self portrait while nursing her son Xavier. It was raw, it was real and it was beautiful.

She called out to other moms on Facebook, asking if they’d like to participate in a similar shoot. The response was overwhelming.

“Basically, I ask people where they breastfeed most of the time,” Blake says. “For most people it’s at home. It may seem mundane, but that’s reality; most of their breastfeeding experience is on a sofa or bed.”

Still, some of the sessions stand out.

“What is often quite funny is when you’ve got a toddler running around while mom’s breast-feeding; it adds a layer of humor,” she says, remembering a particular shoot where a not-quite-potty-trained toddler relieved himself while mom was nursing her baby nearby.

So far, the project has been a local one. And Blake says the Melbourne moms who participate share similar reasons for getting in front of the camera.

“Most of them are doing it because they’ve had an initially difficult experience, and having a photograph of them breastfeeding is empowering,” Blake says. “Many of the women I’ve shot have overcome difficulties in their breastfeeding experiences and have arrived at a place of fulfillment.”

Others, on their second or third child, want to document their confidence.

Regardless, the goal is always the same: “portraying breastfeeding in all its beautiful messiness.”

“I’ve had some women see the photo that I chose who are quite confronted about how they don’t look good,” Blake says. “But exposing yourself not looking perfect is what this project is all about. You don’t look Photoshopped because you’re a normal human being.”

The next step in her project? Photographing moms in the UK. From there, it’s onto other parts of Europe, and then the US. How far What Breastfeeding Really Looks Like goes depends on the success of her IndieGoGo fundraising campaign.

“I’m focusing on western countries initially,” Blake says. They are specifically the countries that have the lowest breastfeeding rates which is quite ironic, because we have the most education. It’s a social issue affecting the west."

Check out some of the project’s photos below.