This mom's first pregnancy was a breeze–she managed to conceived without even trying. So it was a shock when adding a second baby to her family proved to be so difficult.

It’s that dreaded time of the month. No, not that time—I’m talking about the time leading up to that time. My handy menstruation tracker app has just alerted me that my period is scheduled to begin in two days. I’ve been using this app for nearly six years now and it has almost never failed me. Yet, for the past six months since my miscarriage, I’ve been desperately hoping it does. With each passing month, as I begrudgingly open the app to enter my period’s “start and end” dates, I pray that it’s my last time before a test finally tells me I’m pregnant again.

These two days of waiting are the most anxiety-ridden days of the month for me. Will it come or won’t it? Was that a cramp I just felt? How sure am I that I was ovulating when I had sex? All of these thoughts dissolve into one big sack of disappointment at the first sign of blood, and I have no choice but to flush my hopes, along with the proof of my failed attempts, down the toilet.

When my husband and I decided to try for a second baby, we didn’t expect it to be so hard. When I found out I was pregnant with my daughter three years ago, there were no stress-inducing app alerts, ovulation kits or calendar invites to remind my husband “this is the day, so don’t fall asleep after dinner.” Okay, I don’t actually set calendar reminders, but as I’m writing this, I’m wondering why haven’t I thought of this brilliant idea sooner. It sure would have avoided those morning-after fights of:

Me: “We were supposed to do it last night! Now the window has passed!” My husband: “How was I supposed to know?” Me: “Because I explicitly told you on Sunday that we need to have sex on Monday, Wednesday and Friday of this week!”

Although my husband and I got married “late,” according to my biological clock (and our Indian parents, of course), we didn’t intend to start trying right away. In fact, when we got married, it was the absolute worst time to get pregnant. I was getting ready to start a new job in New Jersey, while my husband was moving to Boston for his year-long fellowship. I had mentally prepared myself for spending our first married year apart, but going through a pregnancy and a newborn all on my own? Uhh, no thanks.

But maybe that’s why everything came so easily. We got pregnant then without even trying. My pregnancy felt like a breeze, void of any morning sickness and other common ailments or complications. It’s almost as if my daughter knew to go easy on me since, it was going to be just me and her for a while.

So naturally, I expected to get just as lucky the second time around. I mean, wouldn’t you? Especially since I got pregnant again when my daughter was just 5 months old. Again, I was caught off guard, since my postpartum period had just resumed. I was too emotionally, physically and mentally exhausted, and madly in love with my daughter, to even be thinking about another baby. But in the end I didn’t have to. I miscarried by the time I found out I was pregnant.

After that first miscarriage, I told my husband I wasn’t ready for a second child. At least not at that time, for no other reason than the fact I wanted to thoroughly and unabashedly enjoy the time with our daughter. I was so consumed by her giggles, rolls, babbles and wobbly steps that I wanted to savor it all, without any distractions. After all, I figured when I was ready, I would get pregnant right away, as had been the case when I wasn’t even trying. 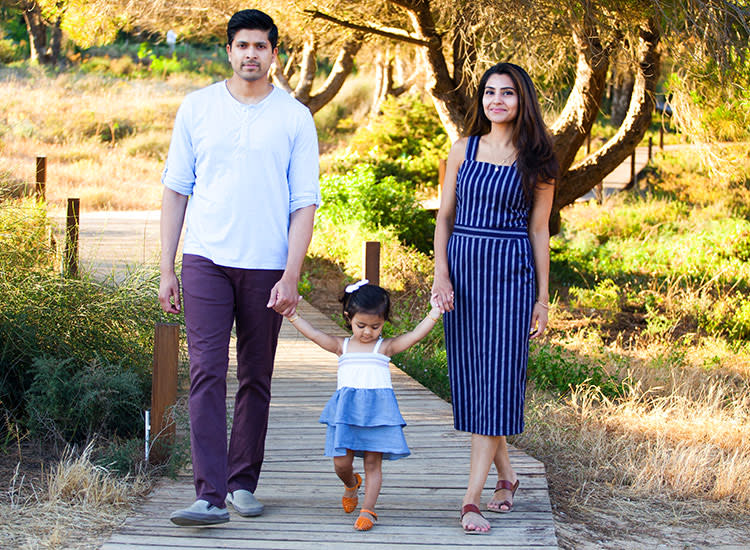 When my daughter turned a year and a half, it’s as if a switch flipped and I was suddenly on team Let’s Make Another Baby. At the time, I was blissfully unaware of the science behind conception, since the art of it alone had gotten me this far. After a couple of months went by without any success, I went to my doctor and he reviewed my cycles, thanks to my app which had tracked them so meticulously. He suggested that my husband and I try on the 10th, 12th and 14th days after my period begins. Around the same time, I also decided to begin acupuncture, which seemed to have “done the trick” for so many others.

I had never been more excited to pee on a stick. As the word “pregnant” flashed before my eyes, I felt so giddy I cried. My mind instantly rushed to calculate the due date and was stoked when I realized it would be a summer baby. I envisioned all the cute maxi dresses I could wear as I waddled around in the heat, and how my maternity leave would take me right through Christmas. I wasted no time in buying a “I’m going to be a big sister” T-shirt for my daughter on Amazon—all while sitting there, with pants down to my ankles, clutching the pregnancy test.

Exactly six weeks later, I found myself sitting back on that toilet feeling surprised, but this time, for a different reason. I had seen some blood. I immediately called my husband. “How much blood is it?” he probed. How was I supposed to quantify it? Enough to cause alarm. So we headed to the ER, the same one I had rushed to when I previously had a miscarriage.

It was the worst kind of deja vu.

When the nurse came over to take my vitals, she asked what brought me in. Instead of mustering a response, the tears I had been holding back came gushing forth. I glanced over at my husband to chime in, but he was fighting the same battle. As we were escorted from one waiting area to the next, I tried to stay positive despite all the articles I Googled on my way to the hospital. We finally prepared for the ultrasound—the moment of truth. But to my surprise, the technician did a scan and left without saying a word. Apparently, it’s not their job to diagnose the patient. Turns out, he didn’t have to. My husband did.

“There’s no more heartbeat,” he mumbled as I began to dress myself post-ultrasound. And there we stood, alone in a dark hospital room, silently—just like the baby’s heartbeat—before collapsing into each other’s arms to muffled cries.

The thing about pregnancy, I’ve realized my third time around, is that it’s always filled with one thing: waiting. It’s one long waiting game after another. We’re either waiting to miss our period, take a pregnancy test, have that first ultrasound, get past the nausea, go into labor—or just waiting to try again. It sucks. There’s no denying that.

I was told I would have to wait at least two months after my D&C procedure before we could begin trying again. Two months! They were long, without a doubt, but I tried to tell myself that it was okay, that I could still have a baby this year, even if not in August.

I was wrong, and it was infuriating not to know if I was perhaps doing something different or wrong this time around. Was that just beginner’s luck before? It had never occurred to me that getting pregnant was only half the battle—remaining pregnant was the other half. Suddenly, every time I saw a mom with an older only child, it made me wonder if she had struggled just like me. When I would see moms with multiple kids—some with even three, four or five!—I wondered what their secret was. Luck? Genetics? Pills? Treatment?

Watching my daughter’s desire for a sibling become increasingly apparent didn’t help reduce the guilt of not being able to give her one. Had things gone smoothly, next month, I would’ve been able to give her just that: a little brother or sister she could play with. But for now, we wait—and whether that’s for two days, 9 months or longer remains to be seen.

Avani Modi Sarkar is the creator of toys and a baby—vis-a-vis Modi Toys and Naavya, respectively. She was inspired by the birth of her daughter to create multicultural toys that spark curiosity in children about their Indian roots. The first product from Modi Toys, the mantra-singing plush Baby Ganesh, has won the hearts of big and small alike, making it the best selling go-to-gift. Avani also hosts monthly charity events called Modi Joy to raise money for children’s charities. She lives in New Jersey with her husband, Avik, and their 2-year-old daughter, Naavya.

Why Motherhood Was Easier the Second Time Around
ADVERTISEMENT 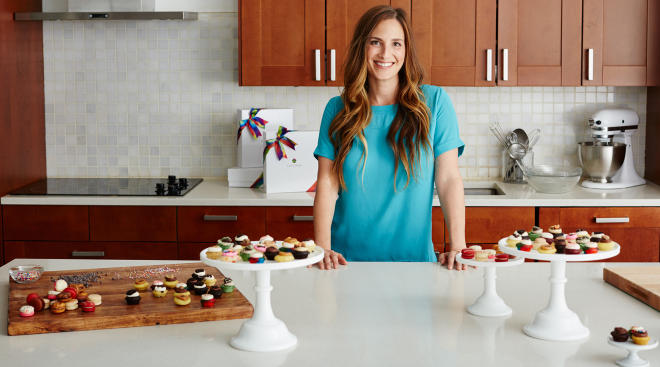