Baby’s got a fever? Believe it or not, it could be a UTI. Here’s how to know — and what to do to treat it. 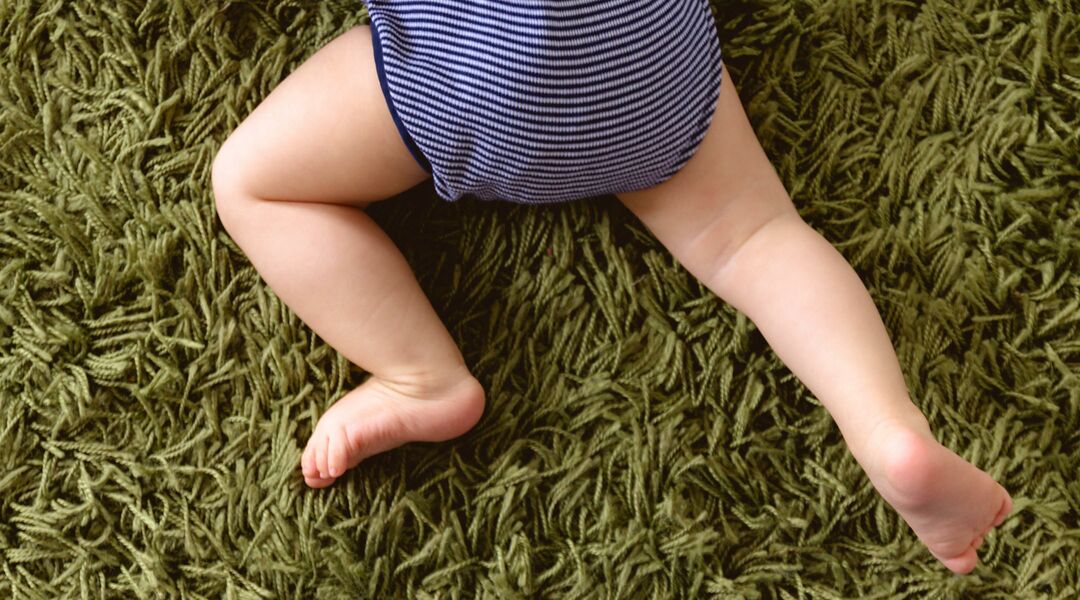 What are urinary tract infections in babies?

A urinary tract infection, or UTI, is also known as a bladder infection.

Normally, the bladder is a sterile environment. But sometimes bacteria can migrate up the urethra into the bladder and multiply. (Bacteria love dark, wet environments!) When that happens, you have a urinary tract infection. Most UTIs are relatively harmless, but sometimes they can spread to the kidneys and cause problems.

What are the symptoms of urinary tract infections in babies?

Young kids rarely have the common signs of a UTI that adults do (like a frequent urge to pee and pain while urinating). “Usually, babies and toddlers have no physical symptoms at all,” says Natasha Burgert, MD, FAAP, pediatrician at Pediatric Associates in Kansas City, Missouri. “They don’t cry. There’s no change in the smell of their urine, and there’s no change in the color. You rarely see any blood in the urine or anything to physically indicate that there’s an infection.”

Instead, the most common sign of a urinary tract infection in babies and toddlers is a fever. So if your child has a fever for five or more days, with no other symptoms, take her to the doctor and ask to have her checked for a UTI.

Are there any tests for urinary tract infection in babies?

Yes. The doctor will check a sample of your child’s urine — the trick is collecting the sample, since most babies and toddlers aren’t toilet-trained. Doctors’ offices often use urine collection bags, which are “essentially like a sticky note with a hole in it,” Burgert says. The “sticky note” part is stuck to your infant; urine flows through the hole into a collection bag. Your doctor will tell you how to secure the urine in the collection bag and bring it in for testing.

Sometimes a catheter, a flexible plastic tube, is used to collect a sterile urine sample. The tube is inserted directly into your child’s urethra, the hole where urine leaves the body. Because the procedure can be uncomfortable, Burgert recommends that parents ask if lidocaine, a numbing cream, can be applied to their child beforehand. Catheterization is most often used in the emergency room setting.

How common are urinary tract infections in babies?

UTIs affect about 3 percent of kids in the US each year. Girls are generally more likely than boys to develop UTIs, but that seems to apply more to older kids, not babies and toddlers. Some research studies suggest that uncircumcised boys are more prone to UTIs than circumcised boys, but Burgert says she doesn’t see much of a difference in practice.

How did my baby get a urinary tract infection?

Urinary tract infections occur when bacteria get up into the bladder. In young kids who wear diapers, close proximity to bacteria (i.e., the poop in their diapers) often plays a role. Some kids are also more susceptible because they have a “variance of normal anatomy,” Burgert says. In some kids, for instance, the distance from the exterior of the body to the bladder may be shorter than usual, a difference that can make them more vulnerable to UTIs.

Holding in urine, instead of releasing it, can also make a child more prone to UTIs, so watch kids carefully during potty training to make sure that they’re peeing regularly.

What’s the best way to treat a urinary tract infection in babies?

Most urinary tract infections are easily treated with oral antibiotics. Acetaminophen or ibuprofen can also be given to ease pain and fever. It’s also a good idea to push fluids. Drinking extra fluids will help your child make extra urine; frequent urination will help flush the bacteria out of the bladder.

What can I do to prevent my baby from getting a urinary tract infection?

Not much can be done to prevent UTIs in babies and very young toddlers. But as baby grows up, good hygiene will become an important method of prevention. Children who are learning to use the toilet should be taught to empty their bladders frequently. They should also be taught to wipe from front to back — not back to front. (Not always an easy task for them!) Help young children clean up after using the bathroom until you’re sure they can do a good job independently.

What do other moms do when their babies have urinary tract infections?

“My son has off and on been crying and has been grabbing himself when he urinates. I called the nurse’s line, and they told me he needs to be seen within 24 hours, so we’ll go to a children’s urgent care in the morning. It may be a UTI, but he has no fever. Has anyone gone through this? They’ll need to get a urine sample, which I’m not sure how they’ll do that on a 19-month-old.”

“They can either try a catheter, or they can clean the area and then put what I can only describe as a plastic bag that sticks to your nether region and wait for the kid to pee and then test the urine. I would say right before you go, pump him full of water, juice, milk. When my [daughter] got really sick last year, they did the bag method because they weren’t able to do a catheter.”

“My son got one at six months old. He had suddenly started refusing to drink formula at all. I called the doctor’s office, and they told me as long as he was having at least one wet diaper every eight hours, he was okay. I started giving him Pedialyte to try and help him not get dehydrated. Well, it wasn’t getting better, and since it was then Friday, I didn’t want to go into the weekend without him actually seeing the doc, so we went in. He hadn’t been running much of a fever. When we got to the doc, he had a fever of 104 and was crying but producing no tears. Because of that, the doc had us checked in to the hospital for IV fluids. After seven tries, they finally got the IVs in him, and he finished five of the small Pedialyte bottles. They catheterized him and did a urine sample. Later we were told it was a UTI… They began IV antibiotics and kept the fluids in his system as well. We stayed for two nights before we finally got to go home.”

Are there any other resources for urinary tract infection in babies?