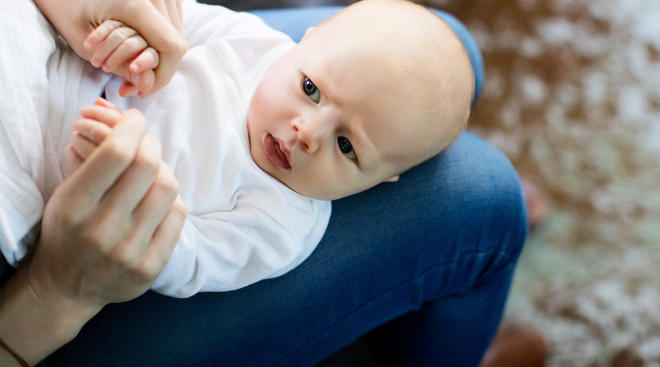 Your baby’s just arrived and you can’t get enough of her. But—and you’d never say this outloud—is she really that cute? A new study, boldly titled “Are Newborns’ Faces Less Appealing?”, is looking into how adults gauge cuteness in babies, and why.

Researchers at Brock University in Canada began by showing 142 research participants photos of 18 babies taken shortly after birth, at 3 months old and at 6 months old. They asked the participants how willing they’d be to adopt babies based on their perceptions of cuteness, happiness, health and resemblance.

“We noticed adults rated the newborns as the least attractive and the 6 month olds had the highest ratings across all of the facial cues,” lead author Prarthana Franklin says in a press release. While this makes sense at surface level—6-months-old have more developed features and can smile—from an evolutionary perspective, researchers were a bit confused.

“That was interesting because usually we think that the younger children are, the cuter they are,” Franklin says. Researchers explain that across species, babies possess physical traits adults consider “cute,” prompting the adults to nurture them and assume the role of caretaker. Since newborns are the most vulnerable, theoretically, they’d need the most help from an adult to ensure survival. Shouldn’t they be perceived as the cutest?

“We wondered, why would there be this specific peak [at 6 months]?” Tony Volk, Child and Youth Studies Associate Professor at Brock, says. “But then, we read the medical literature, which was almost universal in that 6 month olds are better at surviving illnesses than younger babies…a delay in attachment makes those early losses easier to cope with.”

That’s some heavy stuff. Our brains are programmed to have a preference for slightly older babies to protect ourselves from the devastation of loss? Volk adds that the delay in cuteness perception may also be a remnant from times when resources were scarce.

“Hunter-gatherers who already had a child they were nursing, couldn’t nurse two children at once,” Volk says. “If you’re a peasant mother in medieval England and you only have enough food for one child, and if having two means they’re both likely to die, it’s best just to have one child. These are difficult decisions that humans have made for thousands of years.”

But researchers aren’t sharing all this information for the sake of getting to the bottom of infanticide during medieval times.

“We want to let parents know that if they’re not instantly grabbed by this baby as much as they thought they might be, then that’s normal,” Volk says. “The bonding will build and grow over time.”