Wondering when baby will start to see the world as you see it? Learn how baby vision develops over time and what milestones to watch for.
Save article
ByCelia Shatzman
Contributing Writer
UpdatedNov 2017 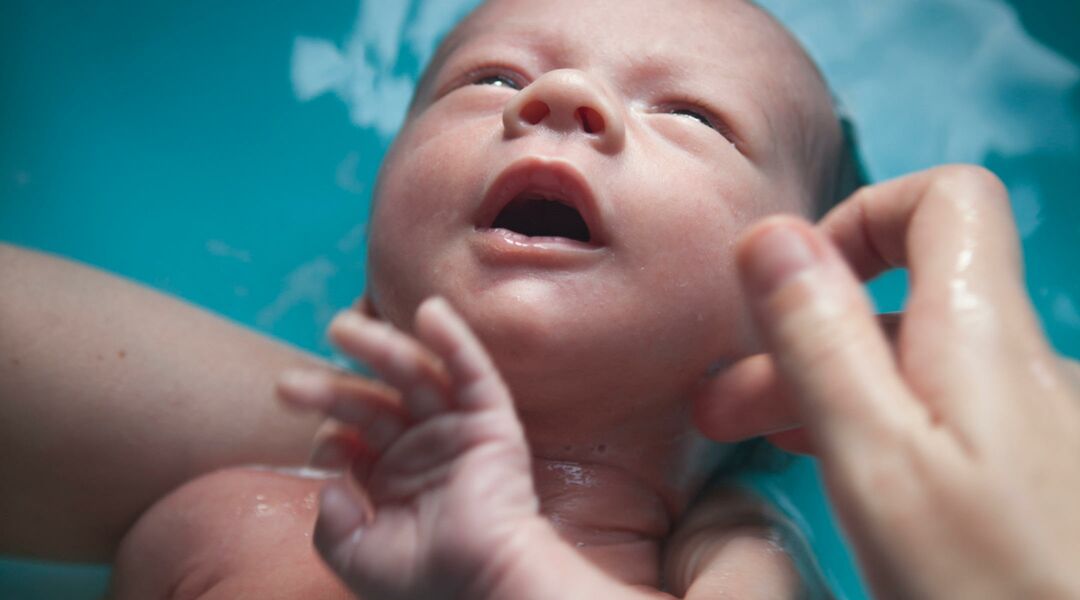 It’s thrilling to watch baby start to explore the world outside of the womb—especially as her newborn vision develops. During the first six months of life, she’ll begin to see the world in living color and with increasing depth and clarity, developing a whole new (and decidedly heart-melting!) level of curiosity.

Newborn vision sharpens in gradual stages during the first few years of life, and as with other important aspects of growth and development, it changes and improves every day. Read on to learn how baby vision progresses over time, and when you can expect babies to see objects, faces and colors.

In this article:
When do babies start to see?
When can babies see color?
Baby vision development timeline

When Do Babies Start to See?

Babies aren’t born knowing how to see—they have to work at it. “The visual part of the brain has to ‘learn’ how to see well,” explains Melanie Kazlas, MD, medical director of pediatric ophthalmology and strabismus at Massachusetts Eye & Ear Infirmary in Boston.

So what do newborns see to start out with? Basically, a blurry world. When baby is first born, his eyesight is far from 20/20—and it won’t be perfect for a good three to five years. Newborn vision starts at about 20/400, says Kate Land, MD, a pediatrician with The Permanente Medical Group. That means life will look pretty fuzzy for those first few months. Plus, a newborn can hold his gaze for just a few seconds at a time.

Even if baby’s eyesight isn’t functioning at full capacity, it’s important for her to keep practicing. “A saying I like to use with parents is: 'If a baby doesn’t use their vision, they’ll lose their vision,’” Kazlas says. “Having a proper visual experience is critical [from the start.] Any impediments to getting a clear, focused image to the brain will cause a loss of vision in a child, a condition called amblyopia.” To make sure baby’s eyes are in good shape and that her reflexes are functioning, she’ll have her first eye exam in the delivery room or nursery the day she’s born. Your pediatrician will continue to examine and monitor baby’s eyesight at each well visit.

When Can Babies See Color?

You’ll have to wait a bit for that particular ability to kick in. Newborn vision is too weak to distinguish color, which is why black and white and high-contrast toys are so great for young infants. But as baby’s eyesight strengthens in the weeks following birth, she’ll begin to pick up different hues—especially red and green—and will soon be able to see all colors. “In studies, babies have been shown to respond to red, green, blue and yellow starting at age 3 months and up,” Kazlas says. Pastel colors may still prove tricky at this point, but baby will continue to improve her sight and by about 5 months will have good color vision, though not as fully developed as an adult’s, according to the American Optometric Association.

It’s a question that nags plenty of new parents: When can babies see fully? Every infant is unique and develops at his own pace, but there are some general age ranges when most babies hit important baby vision milestones. Here’s what you’ll want to keep a lookout for:

In the first week after birth and up to 3 months, baby can focus only on objects and people that are close up, about 10 to 12 inches from her face. "That’s about the distance between baby and the loved one who is holding and feeding her, which suggests humans are built to connect,” Land says. If baby isn’t paying attention to a parent’s face or isn’t starting to follow moving objects during this time, a visit to a pediatric ophthalmologist may be in order to determine whether there’s a newborn vision problem.

Around 3 weeks of age, baby can begin to hold her gaze slightly longer, averaging about 10 to 12 seconds instead of just a few. Don’t be alarmed, though, if your newborn’s eyes appear to cross or wander. "In the first few months of life, baby’s eyes can look a little crazy, like they aren’t working in a perfectly coordinated way,” says Land, who gets lots of questions about this from worried parents. It’s common for baby’s eyes to cross during the first eight weeks, and wander up to 4 months of age.

However, certain signs could hint at potential problems. Alert your doctor if you notice that baby’s eye or eyes:

As baby’s vision strengthens, he’ll begin to focus better and at slightly farther distances—meaning instead of just zeroing in on Mom, he can see other people who are nearby too. Get ready for heart-melting moments as baby starts to smile and respond to you and your partner!

This is also the stage when baby starts moving her eyes without having to turn her head—and using those newfound skills to track objects in motion. “Initially, the brain isn’t well developed enough, but by 2 to 3 months, baby should be able to fixate on an object and follow it as it moves through space,” Land says. By 3 months she’ll start shifting her head and body to reach for those moving objects, making it a perfect time to capture baby’s attention with easy-to-grasp rattles and other sensory toys.

The world will take on a whole new hue at the four- to six-month mark, when baby is better able to see color and perceive depth. This is when both of baby’s eyes should be looking in the same direction and working together to process information, Land says. Red flags to look out for include poor visual behavior, such as not following objects or faces; crossing or wandering of the eyes; or abnormal red reflex. While baby’s range of vision and eye-body coordination skills will continue to improve, by 6 months baby’s vision clarity and depth perception are almost fully developed.

At this stage, baby eyesight develops even further. “Baby vision continues to sharpen in terms of visual acuity and depth as well as color,” Kazlas says. Be aware of the same symptoms from earlier stages that require medical attention. “In general, parents should be basing any concerns they have on how baby responds to the people around him,” Land says. Contact your pediatrician any time you’re worried about baby’s eye development.

Wondering when can babies see clearly? That starts to happen around this stage. “Clinical research tells us that as babies approach their first birthday, the parts of the eye and the visual part of the brain have matured, and they’ve gained enough visual experience for their vision to approach 20/20,” Kazlas says. “However, most babies aren’t yet able to tell us what they see on a standard eye chart until they’re a little older.”

The critical period of a child’s vision development occurs between birth and age 10. To make sure your little one’s eyesight is healthy from the get-go, have a pediatric ophthalmologist evaluate her between age 3 and 5 if she was born prematurely or if there’s a family history of baby vision problems (such as anyone needing glasses before age 6 or a patch; having a lazy eye; or having crossed or wandering eyes past the age of 4 months). It’s helpful to do this even if your pediatrician doesn’t pick up any problems, Kazlas says. “Vision screening tests, done either by the nurse or with a vision screening device, are helpful to pick up potentially serious vision problems in a child, but a complete eye exam by a pediatric ophthalmologist is the gold standard.”