Why do my baby's eyes looked crossed? Is this something I should be worried about?
Save article
ByVicki Papadeas, MD
Pediatrician
UpdatedMar 2017 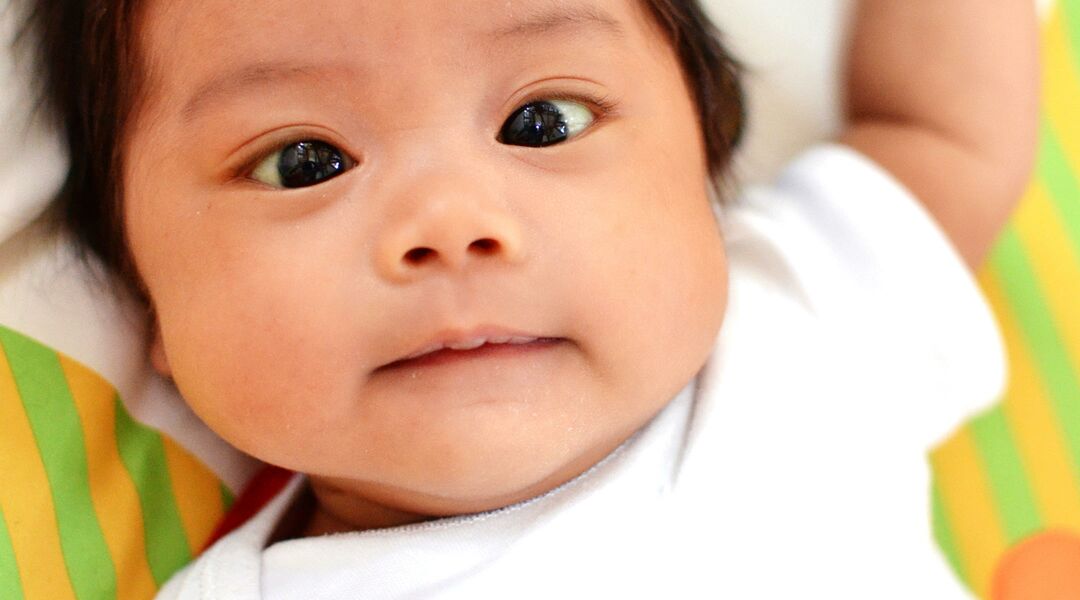 For about the first six months, it’s normal for a baby’s eyes to drift and wander, especially when they’re tired or focusing on something very close. There’s also something called pseudoesotropia in babies, which is an optical illusion caused by their flat nasal bridge. Look at your baby’s nose, and then look at yours — yours is much bigger and more defined. (Why such flat noses? To make breastfeeding easier! Same goes for the chin.) Since their eyes are also set very wide, it often only looks like their eyes are crossed when they’re looking at a certain angle. If you look closely, you’ll usually see that the pupils are lined up and moving together, but one of the white areas that you’re used to seeing disappears into the skin folds. Try getting a picture with both your baby’s eyes open, and look at the dark part of the eye — you should see them both lined up.

Eyes shouldn’t be stuck in any one spot, though — they should move in any direction. Likewise, there shouldn’t be any funny windshield wiper-like motions. If you notice either of these things, or drifting/wandering after six months, talk to your pediatrician.