My Daughter’s Name Is Now a Meme 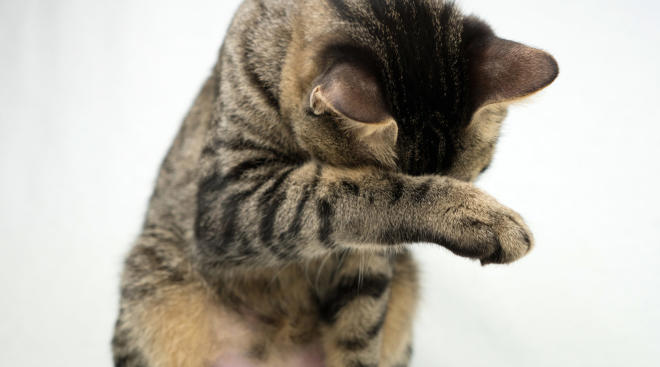 Deciding on a baby name comes with a lot of pressure. You want something trendy but timeless, unique but not bizarre and sentimental but not too nostalgic. Put simply, it’s not easy. Then you may have to take into consideration that there are some things associated with the name that are entirely out of your control. Take, for instance, the meme culture. Memes were never a concern for parents coming up with baby names just a few years ago. Today, however, that’s a different story.

One mom took to Reddit to explain the sweet sentiments that went behind naming her now 6-year-old daughter, Karen. “I always knew that I wanted to name my daughter after my aunt who passed away back in the early 2000s,” the mom explains. After she and her partner went back and forth over whether it would be their baby’s first or middle name, they ultimately chose to make it her first. “I loved that it was so well known, but so uncommon on girls born in 2013,” she says. Other selling points for the name was that they assumed most people would be able to spell it correctly, and she wouldn’t have too many other students in her class who shared the same namesake.

“I don’t know when the Karen meme started, but it’s all I have seen for the last year or so. Anytime a woman is acting crazy everyone tells her she’s acting like a Karen,” the anonymous mom explains. The mom says the name has become such a cultural pun, that when her husband mentioned his daughter’s name in passing at work, his coworker actually laughed.

After getting her frustrations off her chest, the mom signs off her note explaining, “I know this isn’t a big deal, but I hope it blows over by the time she is old enough to understand.”

This isn’t the first time the name “Karen” has sparked a heated discussion over baby names on Reddit. Not long ago, a user took to the platform to ask “am I the a*shole for raining on my cousin’s parade regarding the name she picked out for her baby?” The name in discussion was also Karen, and the Reddit user felt the name would make the girl the center of “certain memes and jokes in Internet culture.” The mom, who had her heart set on the moniker, was super-insulted by her cousin’s comments, and chose not to let a silly online joke change her mind.

The takeaway? Millennial moms and dads have way more to consider when it comes to naming their kid. But remember, fads come and go. As one Reddit user points out, “Internet memes are isolated to a certain subculture of people,” so you shouldn’t let it dictate your baby’s name, especially if you have your heart set on one. And as any baby-naming veteran will tell you, the best way to avoid unsolicited advice from the peanut gallery is to, for the most part, keep the list of contenders to yourself.