How to Choose a Baby Name

You never know—the perfect baby name can come from the most random places. 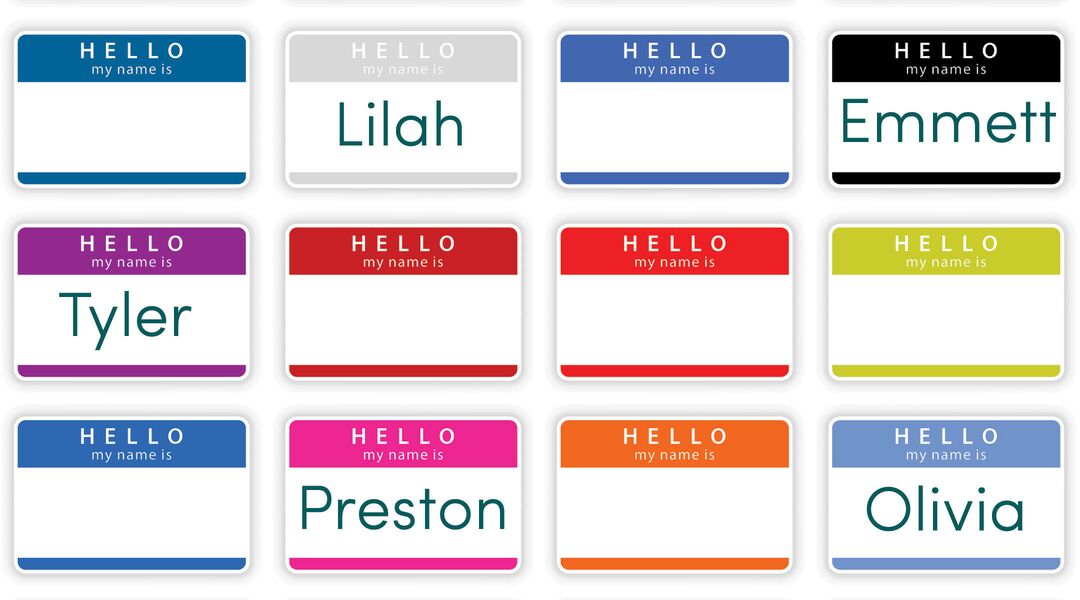 Maybe it comes to you quickly, or maybe you mull options over for nine months—but once baby arrives, he or she is going to need a name. Not sure where to start? Sometimes, inspiration can be hiding in plain sight. Check out some tried-and-true ways to choose the perfect baby name.

Go to The Movies

Bumpie who did it: “My husband named our son Luke after Luke Skywalker from Star Wars. Yep, we’re nerds.” — Steel Tiger

DIY: Twilight names Jacob, Isabella, Jasper and Emmett have gotten popular over the past few years, but really it can be any character you love, whether it’s from a movie, TV show, or book. Need some examples? Try Amélie, Jack (Titanic), Juliet, Juno or Rick (Casablanca).

Use a Family Name

Bumpie who did it: “Preston is my husband’s middle name and a family last name on his side.” — Tracey4228

DIY: Take a look at your family tree. There are a ton of names to choose from—and you can pay tribute to someone who’s important to you in the process. And don’t overlook last names that can honor an entire branch of your clan. Harrison, Jackson, Parker, Mackenzie, Ryan and Hayden are just a few examples of surnames that make for great first names.

Start With a Nickname

Bumpie who did it: “The whole time I was pregnant we called my belly Ally or Chase. Once we found out it was a girl, we decided to keep Ally as her nickname. So we named her Allyson.” — Kcfan729

DIY: You don’t have to begin with the longer version. Instead, think of the cute, short name you’ll want to call your kid and come up with a formal name that fits. Some ideas: Lex (Alexis), Ty (Tyler), Jo (Josephine or Jordan), Sam (Samuel or Samantha), Sunny (Sonia), Liv (Olivia).

Bumpie who did it: “I liked Delilah from the radio show Delilah After Dark, but my husband wasn’t into it. So we shortened it to Lilah. Her middle name is Jo, for my grandma Joanne.” — Misskristina21

DIY: Are you thinking of a name that’s cool but not quite right? Don’t be afraid to change it, especially if it’s something you and your partner disagree on. Or name the baby after someone, but give her version a unique twist. Mary can become Molly, Nathan can become Nathaniel, Ashley can become Asher, Jerry can be Jeremy.

Match Your Other Kids

Bumpie who did it: “I really wanted a name to go with Abbigail, my first daughter’s name, and we were trying to think of A names. In my head, I was thinking Avalyn, but then it hit me: Evelyn!” — Queenbee320

DIY: Of course, your kids don’t have to have similar names, but some moms like for them to “go together.” So if you’ve already got one baby, think hard about what you like about his or her name—whether it’s that it starts with a vowel, is a certain number of syllables or has a specific origin—and use that feature to come up with the new baby’s name. Examples: Liam and Maeve (both Irish), Lily and Rose (keeping with the flower theme) or Henry and Hazel (alliteration).

Keep Track of Your Contenders

Bumpie who did it: “We had a dry-erase board hanging in our kitchen. Whenever I walked by, I would jot down a name I had read, heard or seen, and my husband would do the same. Every so often, we would cross out any names we didn’t both love. I’d seen Emmalin in a baby book, and after a couple of weeks on the master list, it was still there, so it stuck!” — Kjohn091

DIY: It’s easy to forget those random names you see and hear, whether it’s on your waiter’s name tag, at a work conference or even on a street sign. So keep a running list. (We’ve known a few parents-to-be who’ve made smart use of a shared Google doc.) The best names are the ones that stand out to you and your partner, so if you agree and feel you can both live with it (literally!), that’s a sign you’ve found the perfect one.